The recalled Contigo water bottles were sold at Costco, Walmart, Target and other stores nationwide and online. 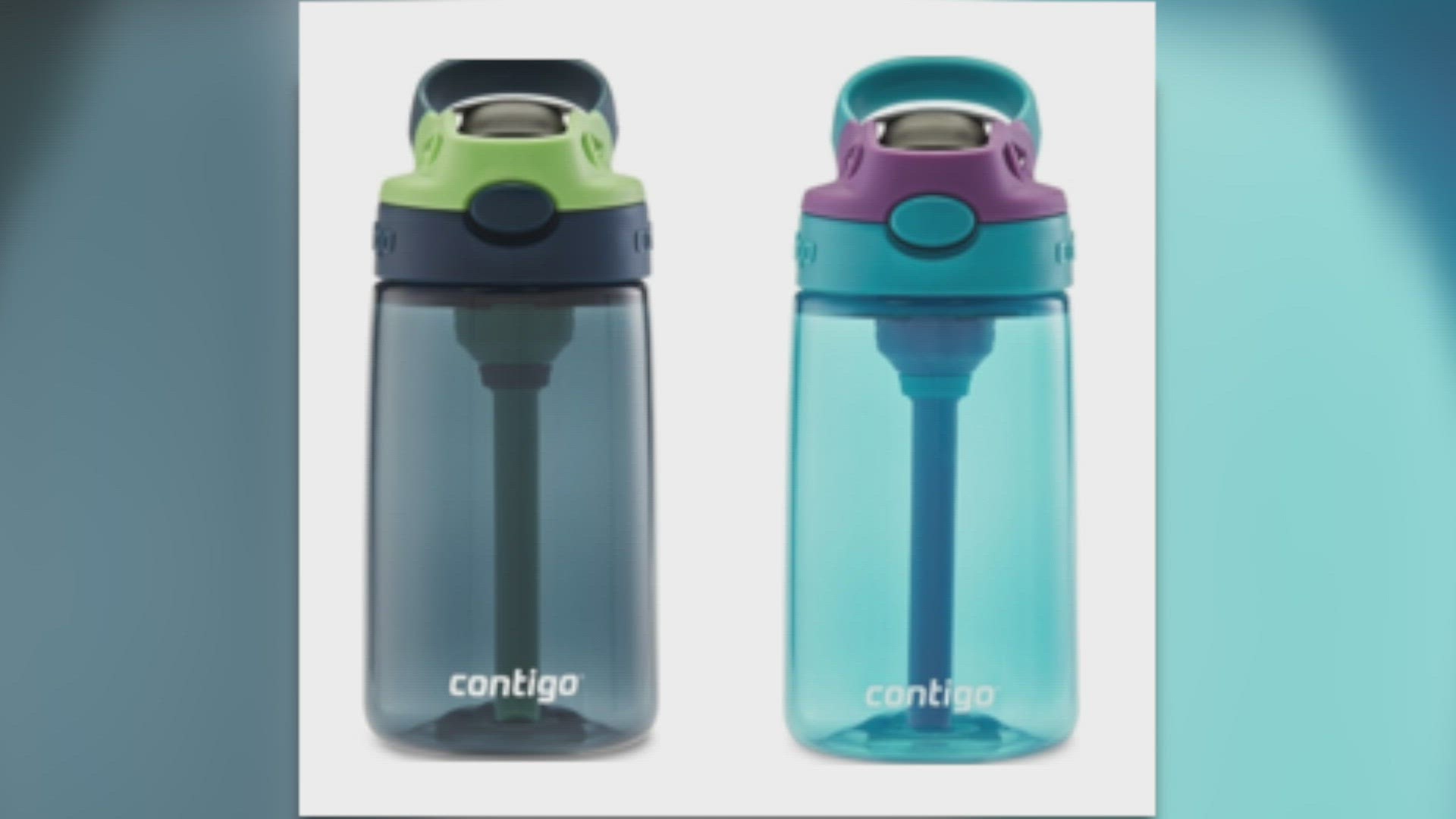 About 5.7 million kids water bottles have been recalled on Feb. 19 by the U.S. Consumer Product Safety Commission because of a choking hazard.

The Contigo kids cleanable water bottles' silicone spout can detach which can create a hazard to children. The bottles were sold at Costco, Walmart, Target and other stores nationwide and online on various websites from April 2018 through February 7, 2020.

Contigo has received a total of 427 reports of the spout detaching. The company also had 27 reports of spouts found in children’s mouths.

RELATED: Owners of this hoverboard urged to not use it because of fire hazard

The bottles were previously recalled in August 2019. The Feb. 19 recall includes the bottles and replacement lids that were given to consumers after the August 2019 recall.

The base and cover of the clear silicone spout will always be black. Only black colored spout base and spout cover models are included in this recall.

Contigo is printed on the rim and along the front near the bottom of the bottle.

The company said consumers should immediately stop using the recalled water bottles and the replacement lids provided in the previous recall, take them away from children, and contact Contigo for a free water bottle.

Consumers who received replacement lids in the previous recall should contact Contigo for the new water bottle. Call Contigo at 888-262-0622.

RELATED: Infant carriers sold at Target, Amazon recalled because baby could fall out