10 biggest busts in the NFL Draft

Brian Bosworth, Ryan Leaf and Lawrence Phillips were among the most spectacular underachievers of high draft picks in NFL history. 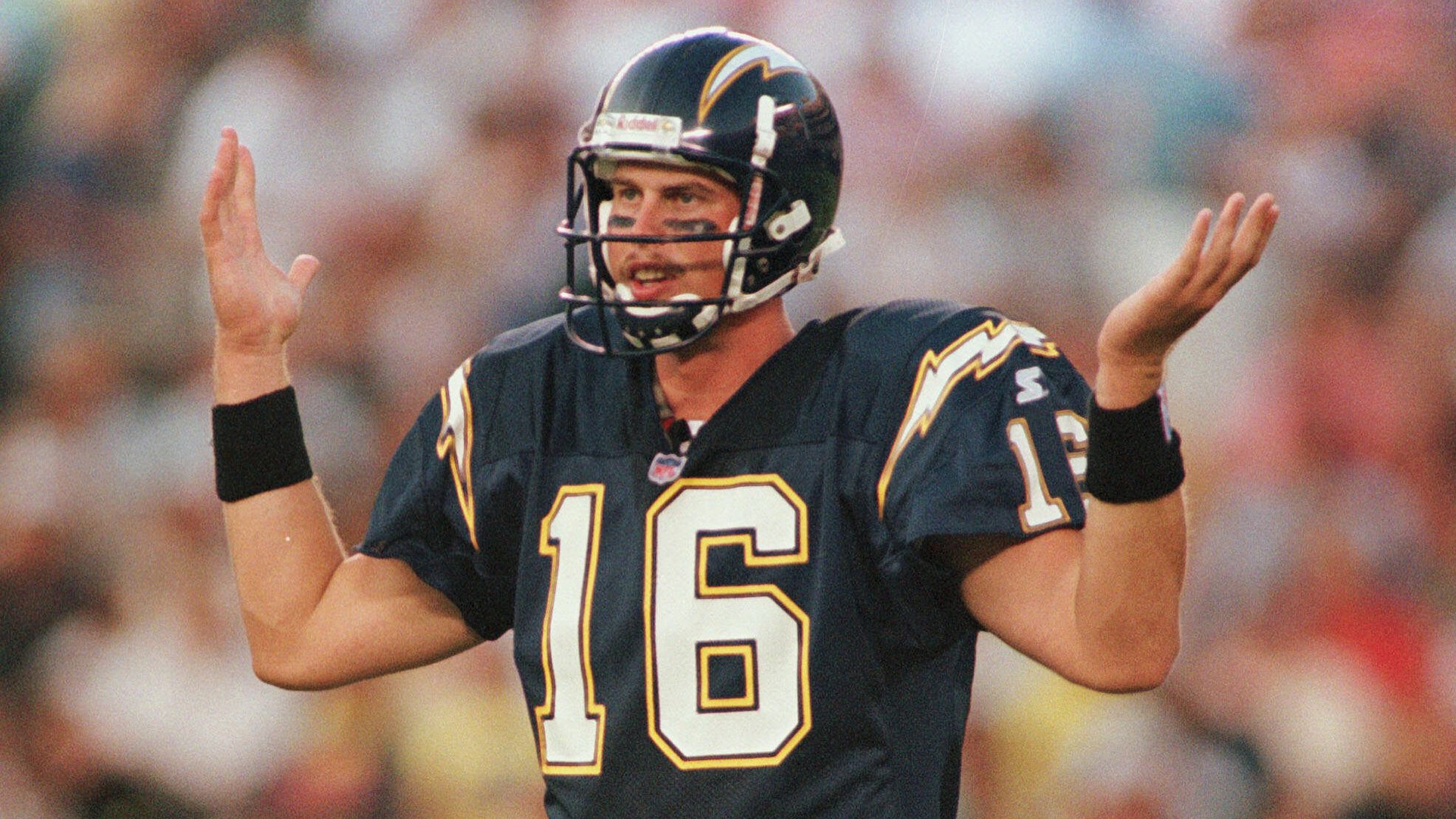 When you are a top 10 pick in the NFL Draft, the expectations are enormous, both for you and the team that took a chance on you.

Sometimes it pays off and turns into a productive, potentially Hall of Fame-caliber career. Often times, though, it turns out to be misplaced faith. The player's career not only doesn't finish with his bronze likeness in Canton, the player is out of the league after three or four years.

Here are ten of the biggest busts in NFL Draft history.

His flamboyant personality overshadowed his play on the pro field. He had a great college career at Oklahoma but had a rocky divorce from the program amid scandals. After Seattle picked "The Boz" up in the supplemental draft, his pro career lasted all of three seasons.

Carter had a lengthy career for a running back, but not a productive one. His rookie season ended when he tore his ACL on his third carry of the preseason. He wasn't the same after that. Over the seven years he played, he averaged 163 yards per season.

Credit: AP
FILE - Cincinnati Bengals running back Ki-Jana Carter sits on the bench with his left knee iced after getting injured on his third carry of the game against the Detroit Lions during his NFL debut Thursday, Aug. 17, 1995, in Pontiac, Mich. (AP Photo/Duane Burleson, File)

It's not all Couch's fault. The Kentucky product was asked to be the franchise quarterback for an expansion team (the Browns were returning to the league three years after the old Browns moved to Baltimore). He played five seasons, throwing 64 touchdowns and 67 interceptions.

Credit: AP
Cleveland Browns quarterback Tim Couch walks to the sidelines after failing to convert on third down late in the fourth quarter of the Browns' 33-21 loss to the Tennessee Titans in Cleveland on Sunday, Nov. 28, 1999. (AP Photo/Amy Sancetta)

There was lots of excitement in Motown when the Lions picked the Michigan State wide receiver. His injury-shortened rookie year turned out to be his best -- 22 catches for 243 yards and three touchdowns. His career was over after three seasons.

A big swing and miss with this LSU quarterback. He played three seasons and never started all 16 games in a single year. Russell finished with 18 touchdowns and 23 interceptions.

The Oregon quarterback never started an entire season in his four years in the league. Threw all of five touchdowns in 22 career games.

After the Indianapolis Colts took Peyton Manning, the Chargers picked up Leaf out of Washington State. What followed was a brief career highlighted by immaturity and injuries with a career total of 14 touchdowns and 36 interceptions in three seasons.

After years of trouble with the law and substance addiction, Leaf has turned his life around. He was hired as an analyst for the Pac-12 Network and ESPN. He is also a mentor and motivational speaker for those dealing with mental health issues and is an advocate for NFL player health and safety. And Ryan Leaf is more than willing to dunk on himself on Twitter.

Credit: AP
San Diego Chargers' rookie quarterback Ryan Leaf, the number two player taken in this year's NFL draft, tries to figure out what play is being called from the bench during the first quarter against the San Francisco 49ers Saturday Aug. 8, 1998 in San Diego. (AP Photo/Kent Horner)

Before Leaf, this offensive lineman from Michigan State was labeled the NFL's biggest draft bust for a decade. Immaturity issues reportedly plagued him. He was also dogged by admitted steroid use in college and addiction to alcohol and painkillers. Mandarich played three seasons with the Packers, took five years off, sobered up, then played three seasons with the Colts. Mandarich said in 2017 he hoped his experience can be a cautionary tale for others.

Troubles off the field are what ultimately tripped up Phillips' career. The Nebraska running back played for three teams over four years. He was arrested several times for violent crimes and died in prison in 2016.

Credit: AP
St. Louis Rams running back Lawrence Phillips (21) leaps over a mound of players as he scores his second touchdown of the day during the fourth quarter against the Cincinnati Bengals on Sunday, Sept. 1, 1996, in St. Louis, Mo. (AP Photo/L.G. Patterson)

The Tennessee quarterback lasted just three years with Washington before playing one final season in New Orleans. His career completion percentage was under 50 percent and he threw twice as many interceptions (33) as touchdowns (15). He went on to serve three terms as a U.S. congressman representing North Carolina.