Trump says that any discipline of Vindman is up to the Pentagon but that he expects commanders to “take a look" at his conduct. 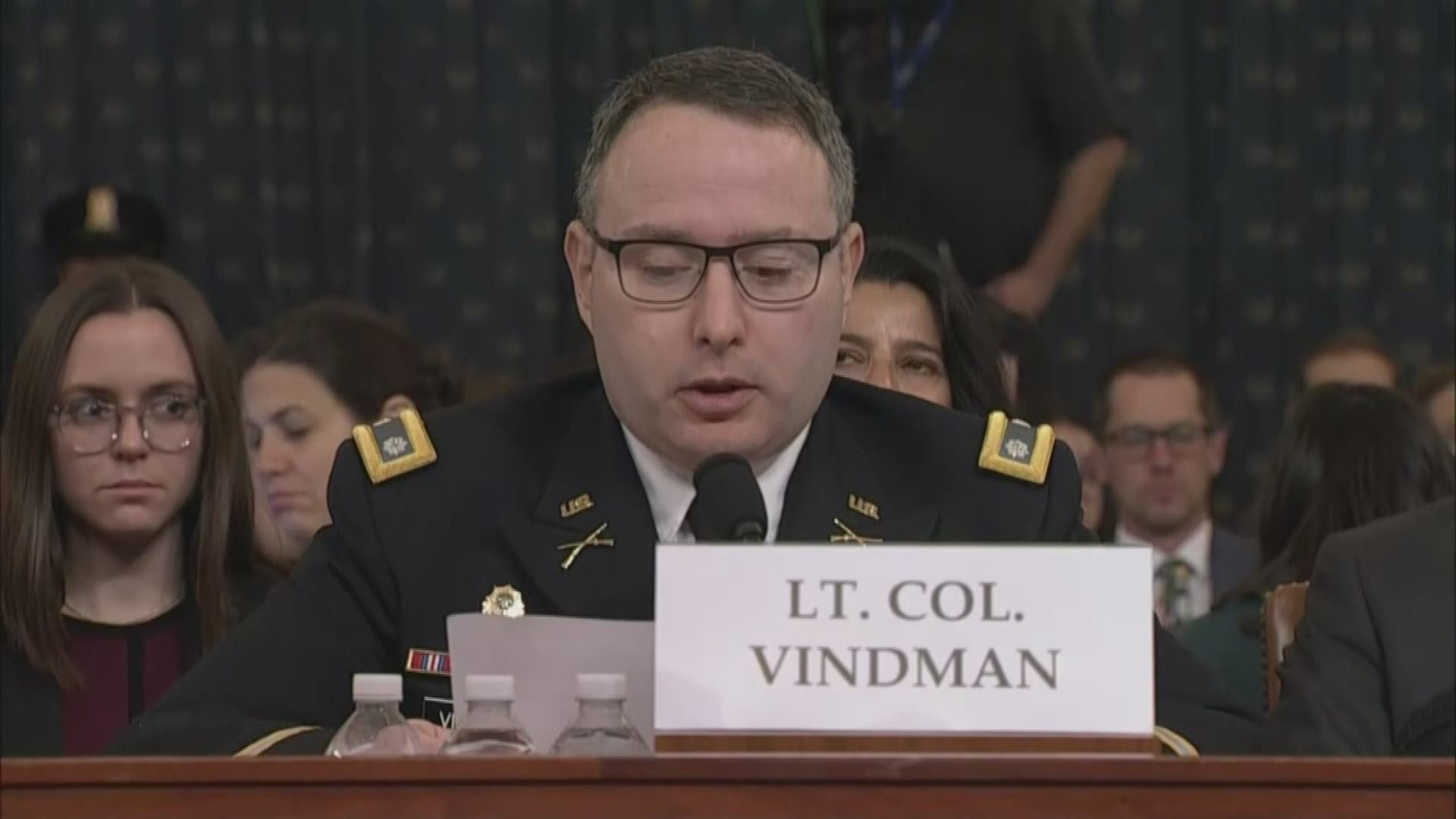 WASHINGTON — President Donald Trump is suggesting that the Pentagon review the conduct of a former White House national security aide who played a central role in the Democrats' impeachment case.

Until last week, Army Lt. Col. Alex Vindman was detailed to the White House as a National Security Council aide.

Trump says that any discipline of Vindman is up to the Pentagon, but that he expects commanders to “take a look" at his conduct.

RELATED: 'Stand up and clap for Vindman' | Biden calls for round of applause at debate for ousted officer

RELATED: Aide who testified against President Trump escorted out of White House

Last Friday, the decorated soldier was escorted out of the White House. David Pressman is a partner at a New York legal firm that represented Lt. Col. Alexander Vindman. He said Vindman was asked to leave for “telling the truth.”

Pressman said in a statement that there is “no question in the mind of any American why this man's job is over, why this country now has one less soldier serving it at the White House.”

Later that same day, Former Vice President Joe Biden encouraged the crowd at the Democratic presidential debate to give a standing ovation to Lt. Col. Alexander Vindman after President Donald Trump ousted him.

Biden said that Trump “should be pinning a medal on Vindman, not Rush Limbaugh,” the far-right radio personality with whom Trump awarded the Medal of Freedom during the State of the Union address.