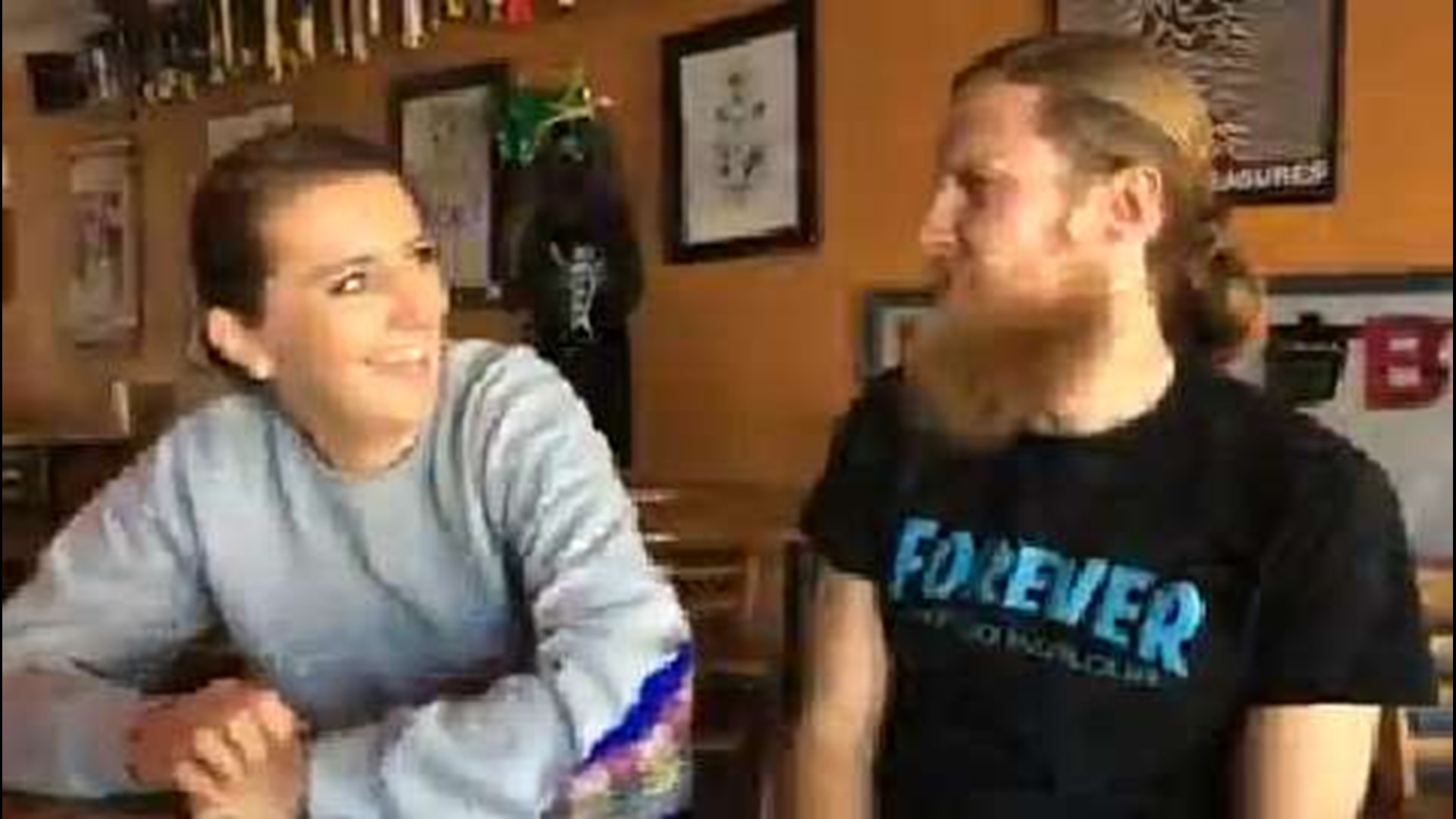 Credit: Special to The News-Press
Jovana Batkovic is a chef and owner of Nice Guys in Cape Coral.

FORT MYERS, Fla. — A local pizza restaurant that was targeted with an anti-gay slur in a Google review has used the incident to help raise funds and consciousness of LGBT issues.

The one-star review of Nice Guys Pizza and Beer that was posted Thursday was meant to intimidate and belittle. It served as a reminder that, even in 2018, hate exists.

The author used a three-letter F word in the statement, one used to demean people of alternate sexualities.

"Greg gets the email alerts when we get a new review," Nice Guys co-owner Jovana Batkovic said. "It's usually not something we pay a lot of attention to. But this one, he screen-shotted it and texted me like, 'Can you believe this?'

"It just blew my mind that people talk like that."

But instead of hiding the review or asking Google to remove it — the site did that on its own sometime early Friday morning — Batkovic and her husband and business partner, Greg Gebhard, clapped back.

They posted a screenshot to Nice Guys' Instagram page Thursday afternoon, asking "hateful bigots" to please not frequent their restaurant. The post has garnered more than 500 likes and 100 comments, all of them in support of the 5-year-old south Cape Coral pizza bar.

The next step: Plastering the review onto a few hundred T-shirts, which Batkovic and Gebhard plan to sell from the restaurant next week. Their friends Joe and Jess Lachut, owners of Fort Myers Print Corps, donated their labor free of charge.

All of the proceeds will go to Pride SWFL, an organization devoted to providing a "positive image of gay, lesbian, bisexual, and transgender people."

"Take the lemons and make merengue, right?" Batkovic said, rolling the r in merengue (as in the dance) into a long purr.

"Raise money for the groups that he’s hating on."

While Nice Guys isn't exactly a "gay restaurant," the owners' views on the subject are made plain by the rainbow-striped pride flag draped over the bar. And then there are the Sunday drag-queen brunches, and the restaurant's sponsorship of the SWFL Pride festival last October.

The couple said they opened Nice Guys to be all-inclusive, a place where majorities and minorities are treated equally.

"The moment you walk in, there’s a rainbow flag and centerfolds of naked ladies on the bar," Batkovic said.

"Within 10 seconds of walking in, you can tell if you’re going to like us or not. Some people leave, but no one's ever done anything like this."

Batkovic said she's been pleasantly shocked at the outpouring of support.

"We have regulars of all ages, all kinds, who are all so bomb. I don’t care how you live your life as long as we can be on the same page on how we treat other people, especially people who are not the majority," Batkovic said.

"I hate that this even came about, that we have to deal with it, but the outcome is going to be positive. It already is."