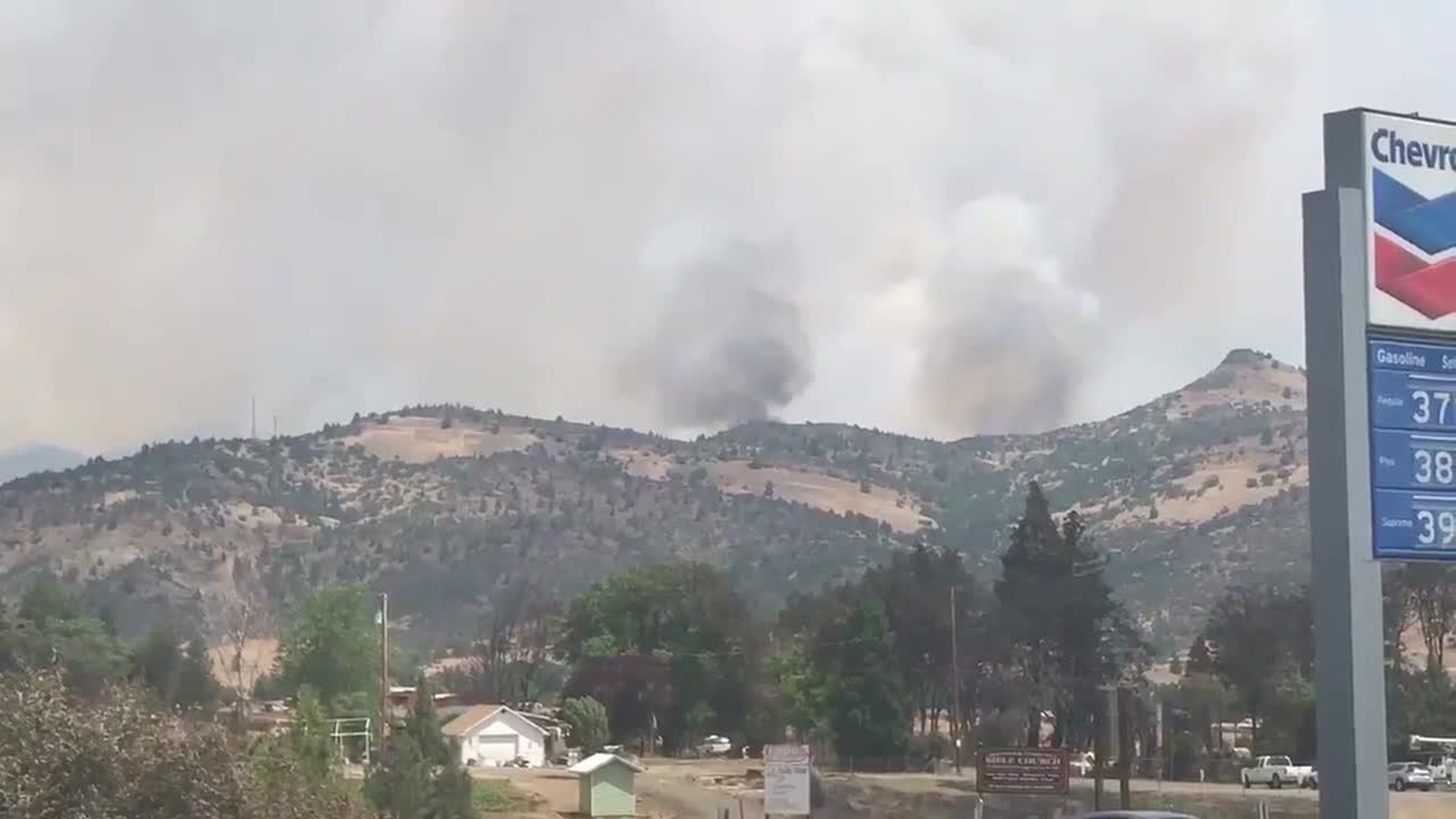 A wildfire on the California and Oregon border has now burned 30,500 acres and destroyed 72 structures and continued out of control Sunday.

The blaze, however, continues to burn to the southeast and into the Klamath National Forest, fire officials said.

Bill Murphy, public information officer with Cal Fire, said much of the fire is burning in steep terrain, making access difficult for firefighters. Dry fuel in the timber remained a concern as well, he said.

Another 810 structures are threatened, including 600 homes in the rural areas of Hornbrook, Hilt and Colestin.

As of Saturday night, the Klamathon blaze had forced 750 people to evacuate. Hydropower facilities at Iron Gate Reservoir and Copco Lake are also threatened by the fire, as well as the Central Oregon and Pacific Railroad lines.

The fire started about 12:30 p.m. Thursday just southeast of Hornbrook and it quickly raced out of control, pushed by hot, dry wind.

One person was killed in the fire and three firefighters have been injured. One firefighter with the California Department of Forestry and Fire Protection was hospitalized with serious burns to his face after flames overran the fire engine he was on, officials said.

Fire officials said the cause of the fire is still under investigation, but on Thursday the California Highway Patrol said on its website that someone reported starting a fire that got out of control.

The fire continues to burn in the direction of habitat for threatened species living in the Cascade-Siskiyou National Monument and Soda Mountain Wilderness, officials said.

Facilities used to provide water to Yreka and Hornbrook are also in the path of the flames, officials said.

The blaze crossed into Oregon, but by Saturday afternoon, much of the fire that had pushed across the state line just east of Interstate 5 had died down and began burning south again, said Melissa Cano, public information officer with the Oregon Department of Forestry.

Some evacuation orders had been issued in some communities in Southern Oregon, including Jackson and Ashland.

Small animals can be taken to Jackson Street Elementary School and large animals to the Siskiyou Golden Fair grounds at 1712 Fairlane Road in Yreka.

As of Sunday morning, evacuation orders were issued for the following areas: