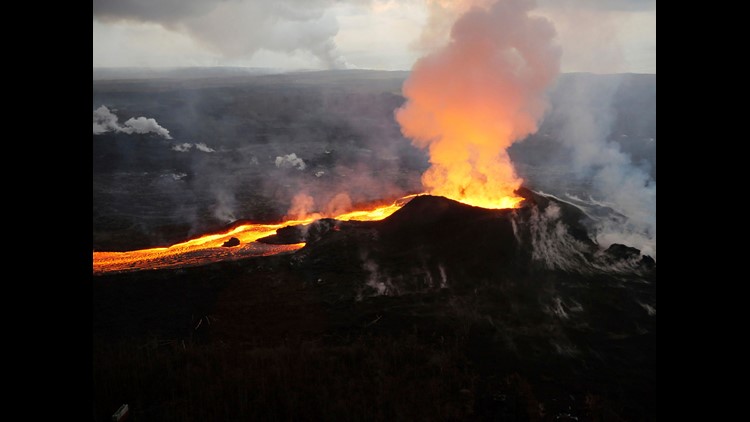 18 US volcanoes considered a ‘very high threat;’ Hawaii's Kilauea is the most dangerous

The West may not have to worry about hurricanes, but volcanoes remain a top threat in that part of the U.S.

The United States has 161 active volcanoes – all in the western U.S. – but only 18 are classified as a "very high threat," the U.S. Geological Survey announced in a new report released this week.

Those 18 are considered a “very high" threat because of what’s been happening inside them and how close they are to people.

"Eleven of the 18 volcanoes are located in Washington, Oregon, or California, where explosive and often snow- and ice-covered edifices can project hazards long distances to densely populated and highly developed areas," the report said.

Five of the 18 very high threat volcanoes are in Alaska near important population centers, economic infrastructure or below busy air traffic corridors. The other two are in Hawaii.

The most dangerous volcano in the nation is Hawaii’s Kilauea, the Big Island volcano that's been erupting this year. The others in the top five are Mount St. Helens and Mount Rainier in Washington, Alaska’s Redoubt Volcano and California’s Mount Shasta.

According to the report, the new assessment "is not a forecast or indication of which volcanoes are most likely to erupt next. Rather, it is an indicator of the potential severity of impacts that may result from future eruptions at any given volcano."

The threat assessment places volcanoes into four other threat categories besides "very high:"  39 are "high" threat, 49 are "moderate" threat, 34 are "low" threat, and 21 are "very low" threat volcanoes.

This is the agency's first update to the list of the nation's most dangerous volcanoes since 2005.

Among those where the threat score is higher are Alaska’s Redoubt, Mount Okmok, Akutan Island and Mount Spurr. Threat scores also rose for Oregon’s Newberry Volcano and Wyoming’s Yellowstone.