Speaking publicly for the first time, Roxie Washington, the mother of Floyd’s daughter, Gianna, wants the world to know what kind of man he was. 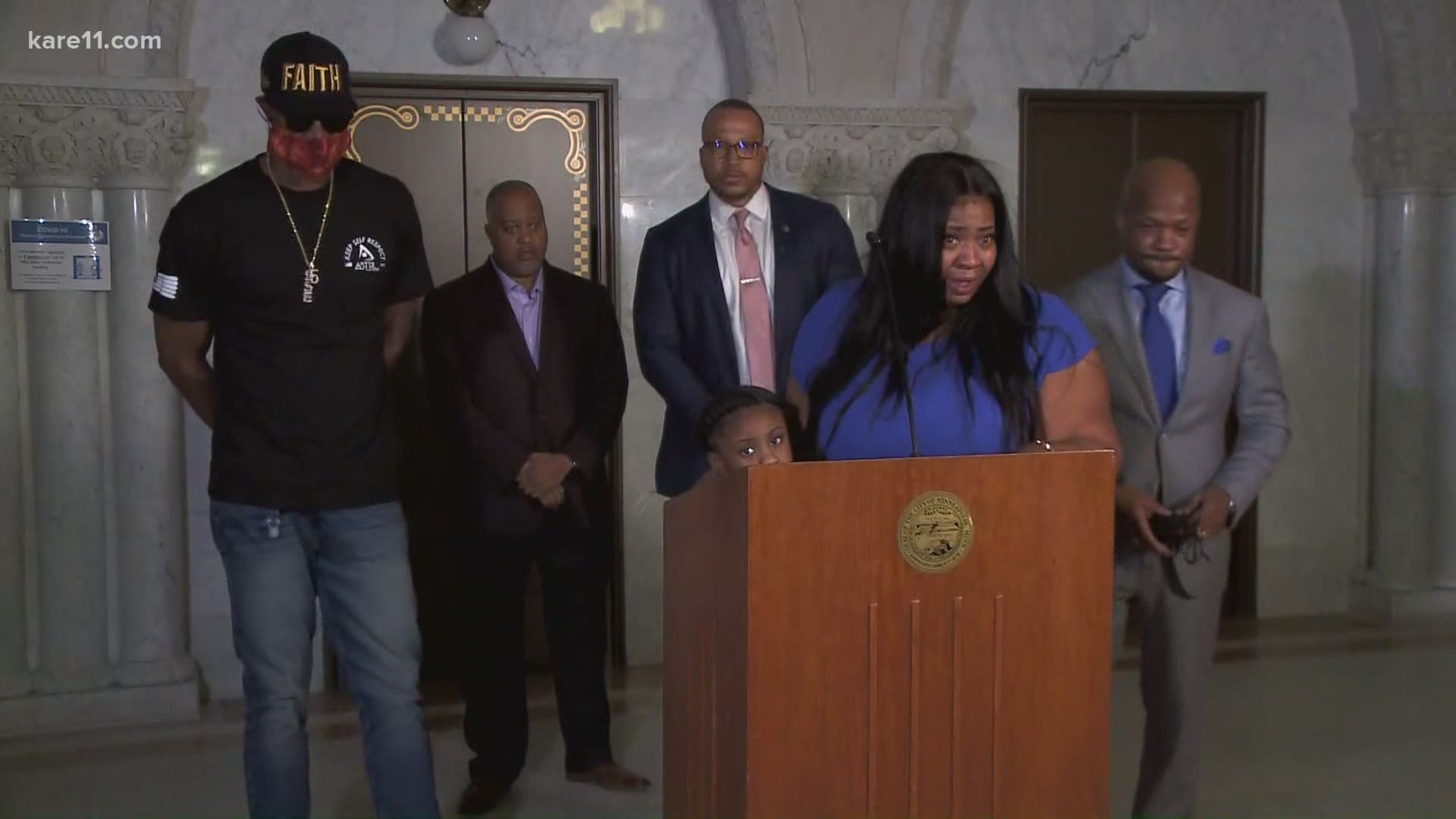 MINNEAPOLIS — The mother of George Floyd’s 6-year-old daughter, Gianna, said Tuesday that she wanted the world to know that her little girl lost a good father who would never get to see his daughter grow up.

Speaking publicly for the first time since Floyd's death, she said she wanted the world to know what kind of man he was.

“I want everybody to know that this is what those officers took. At the end of the day, they get to go home and be with their families,” Roxie Washington said at a Minneapolis news conference, her young daughter at her side.

"He will never see her grow up, graduate, he will never walk her down the aisle," Washington said while wiping away tears.

Floyd died on Memorial Day after Minneapolis Police Officer Derek Chauvin pressed his knee into Floyd's neck for several minutes, even after he stopped moving and pleading for air.

Washington was joined at Tuesday's press conference by former NBA player Stephen Jackson, who was a friend of Floyd. Jackson vowed that justice will be served for Floyd and he'll be there for Floyd's daughter and her mother.

One question Jackson and Washington have is why the quest for justice is taking so long.

While all four officers involved in Floyd's death were fired, Chauvin has been the only one arrested and charged so far.

RELATED: Expert details why other officers in George Floyd's death haven't been charged

One of Washington's attorneys pointed out that six Atlanta police officers were charged in just three days after a dramatic video showed authorities pulling two young people from a car and shooting them with stun guns during protests over Floyd's death. Yet, they're still waiting for the other three officers to be charged in Minneapolis.

Floyd was living and working in Minneapolis to create a better opportunity for himself. Washington said even though he was away, he still supported his 6-year-old daughter.

A GoFundMe account was started for Floyd's daughter Gianna by her mother. According to the site, donations will provide mental and grief counseling for the 6-year-old girl, as well as lodging and travel for all court proceedings and financial help for her continued well-being and education.

As of early Wednesday morning, the fund had raised more than $480,000.

RELATED: Thousands 'sit-in to breathe' at the State Capitol