Mohan meets the public at the Buffalo Zoo

Earlier this week, the public had a hand in choosing the calf's name, which means 'fascinating' or 'charming.' 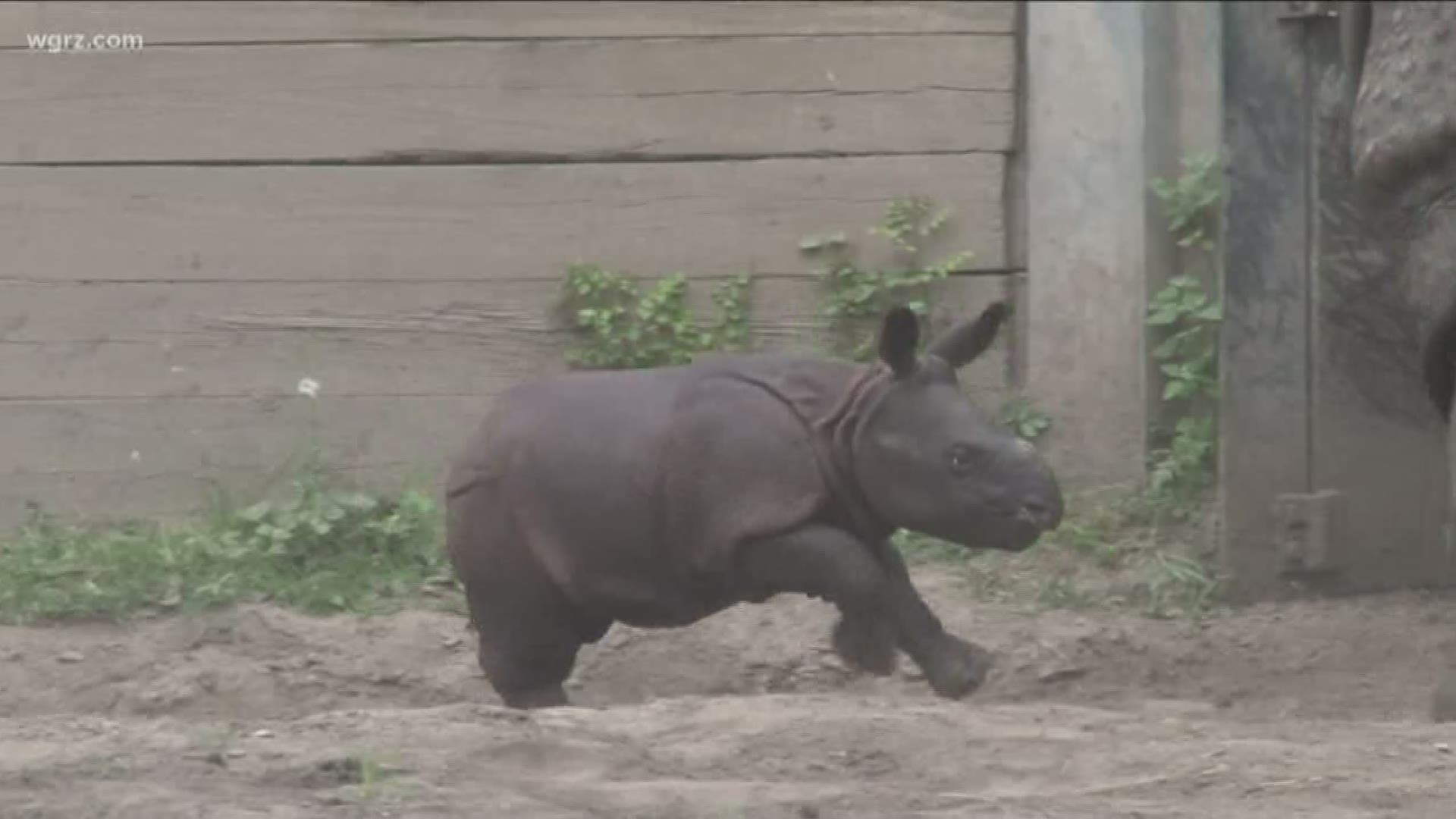 BUFFALO, N.Y. — Newly-named Mohan, a Greater One-Horned Rhino, met the public alongside his mother, Tashi at the Buffalo Zoo on Friday morning.

At first the calf appeared shy walking out behind his mother; but it was not long before he seemed to be showing off for the adoring crowd running around in circles.

Mohan was born last month weighing in at about 125 pounds. At his weigh-in last week, he tipped the scales at just under 200 pounds.

He's the fourth calf born to Tashi, the second via artificial insemination.  After zoo officials chose four possible names for the new baby, the public was allowed to vote on the ultimate choice.

Mom and baby were scheduled to only be out for a short time Friday to let Mohan get acclimated to the surroundings. It's not known at this time when he will be back on public view.