Luke Evans plays the role of C. Wade McClusky, regarded by some as the hero of Midway 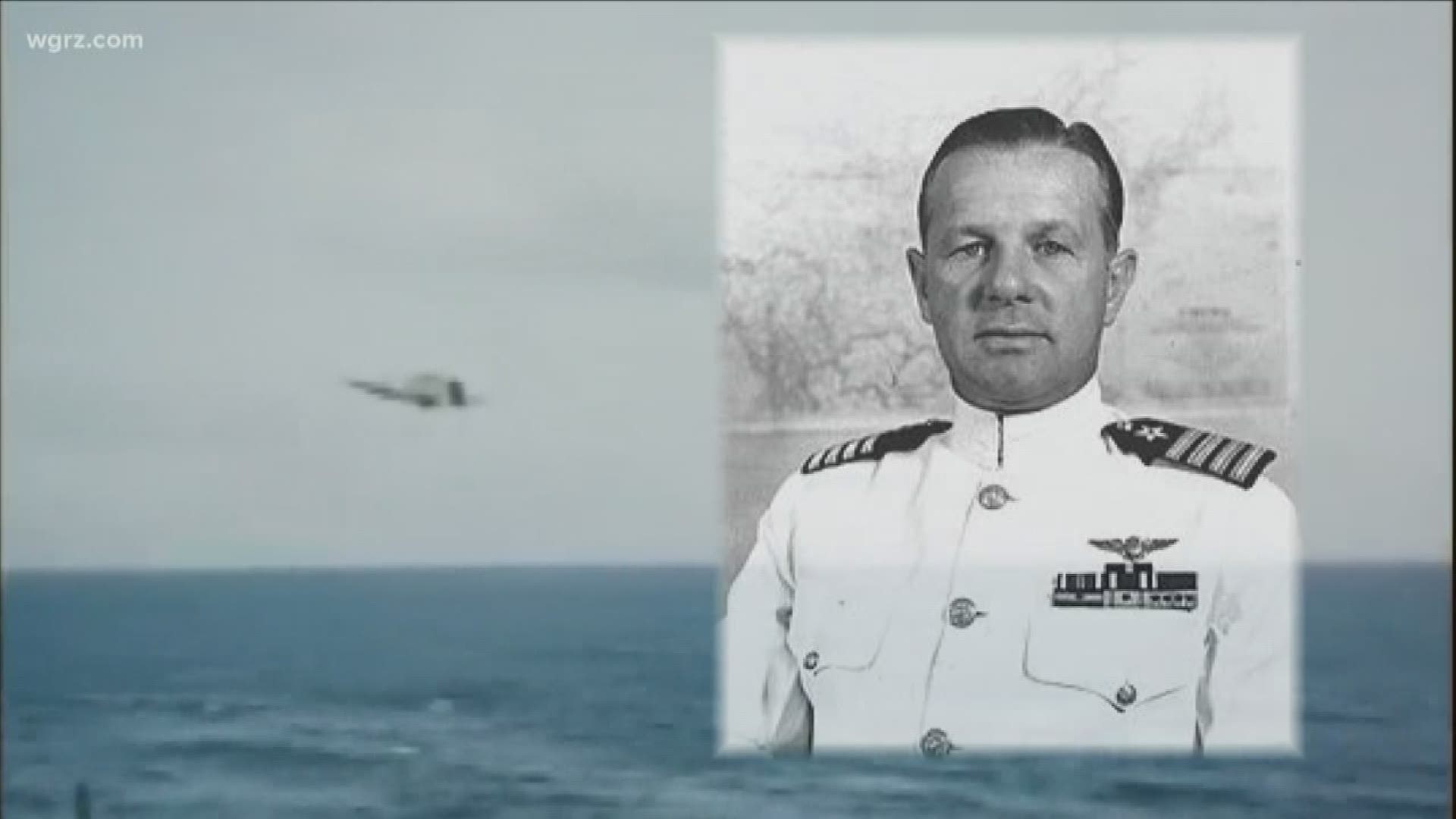 BUFFALO, N.Y. — It is a blockbuster movie with a blockbuster cast, remembering a group of real-life heroes this veterans day weekend. One of those heroes, played by Luke Evans, is a South Buffalo boy.

Lt. Comm. C. Wade McClusky was a member of the South Park High School class of 1918. McClusky’s dive-bomber squadron was searching for the Japanese fleet that was on it's way to attack U-S forces at Midway when he came upon a lagging Japanese destroyer. Even though the planes were low on fuel, McClusky made the decision to follow the ship’s path.

After finding the Japanese fleet, he led his squadron into battle. In the end, they sank 3 of the 4 Japanese carriers and set the stage for the U.S. victory at Midway.

When he returned to ship, his plane had just 5 gallons left in the tank, and there were more than 50 bullet holes in the plane and another 7 in his body.

McClusky was honored in several ways, says Buffalo and Erie County Naval and Military Park Superintendent John Branning, including having a ship named after him. "The Naval aviation community created an award, in his name as well, which is the C-Wade McClusky Award. It's given to the most outstanding attack squadron in the navy. I was lucky enough to be in a squadron that earned that award," said Branning. He was also awarded several medals, which were recently donated to the Naval Park by McClusky's son. They include the Purple Heart and the second most-prestigious medal awarded by the U.S. military, the Navy Cross.

While attention this weekend is on this big budget Hollywood production, veterans, like John Branning, hope movie-goers don't lose sight of the fact that the film reflects real life casualties and sacrifices that should be remembered every day.