Increased funding proposed for the police department and school board. 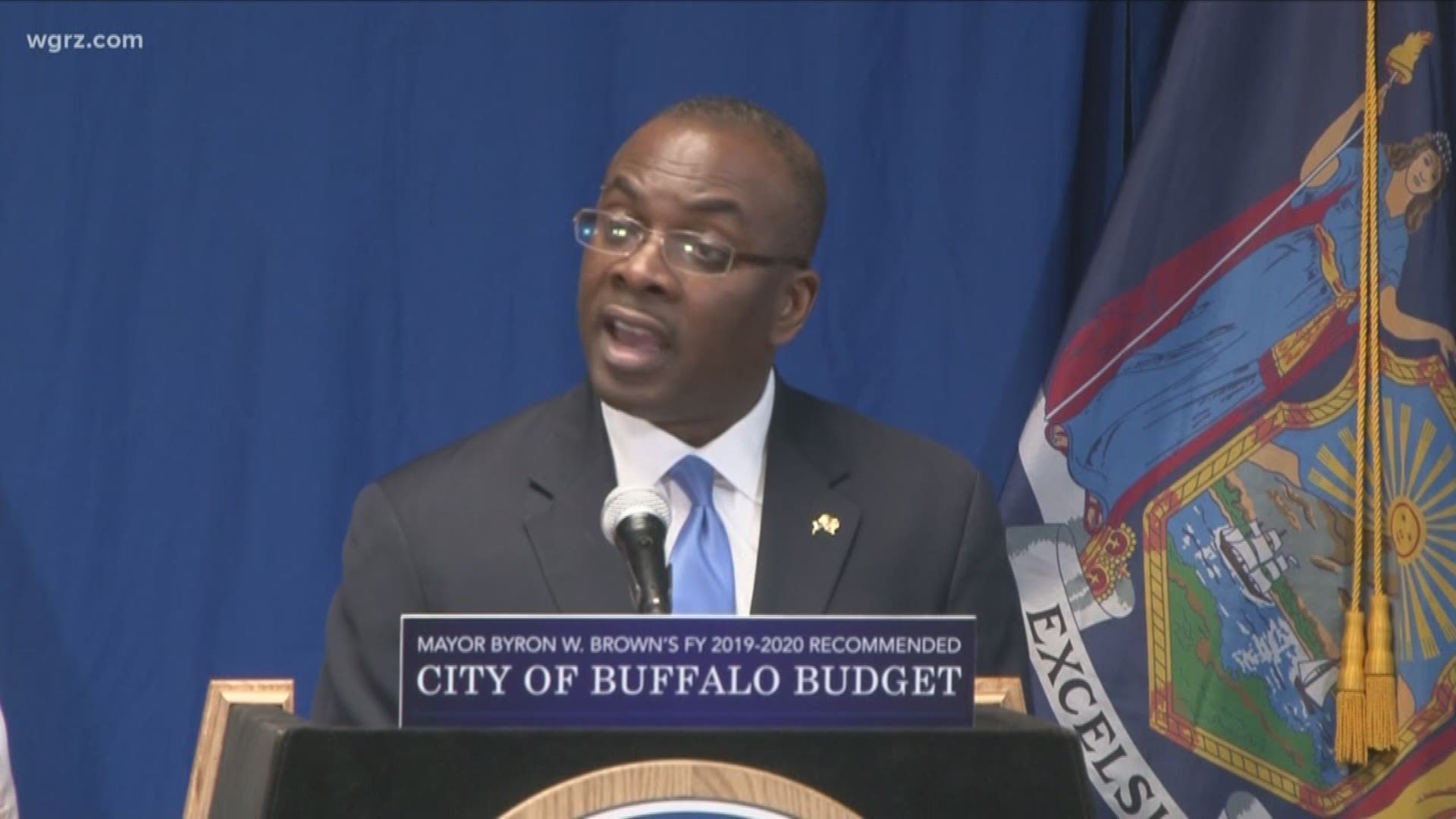 BUFFALO, N.Y. — Mayor Byron Brown announced his proposed budget for the 2019-2020 fiscal year. The new budget, which totals $508.6 million dollars is reportedly $4.9 million dollars cheaper than last year, according to the mayor.

"My budget allocates the resources into critical areas that will improve our environment, enhance public safety, improve city services, and deploy technology in a way that improves government efficiency and the quality of life for residents," Mayor Brown said at a press conference.

Brown also announced additional funding for public safety initiatives. $1.26 million would be invested in the Buffalo Police Department for the body camera program. The money would also be used to arm officers with tasers and expand the police vehicle fleet.

The Buffalo Public School district was given an additional $500,000 in addition to the $70.8 million that was already allocated. The additional funds are intended to expand the Say Yes to Education Program.

He also announced several initiatives to help make Buffalo a Climate Refuge City. Part of the city's plan is to acquire the street light system from National Grid in order to implement an LED light system. In his announcement, the mayor said this initiative would help save the city money and reduce Buffalo's carbon footprint.

"This will reduce the city's carbon emissions by 11,000 tons, generate 16.5 million kilowatt hours saved and save the city over $1 million in the upcoming fiscal year," Brown said.

Negotiations over the street light system are expected to begin in a few months with the LED lights being installed in 2020.