A man arrested for January 6 US Capitol uprising, among anti-mask adults prompting adjournment. 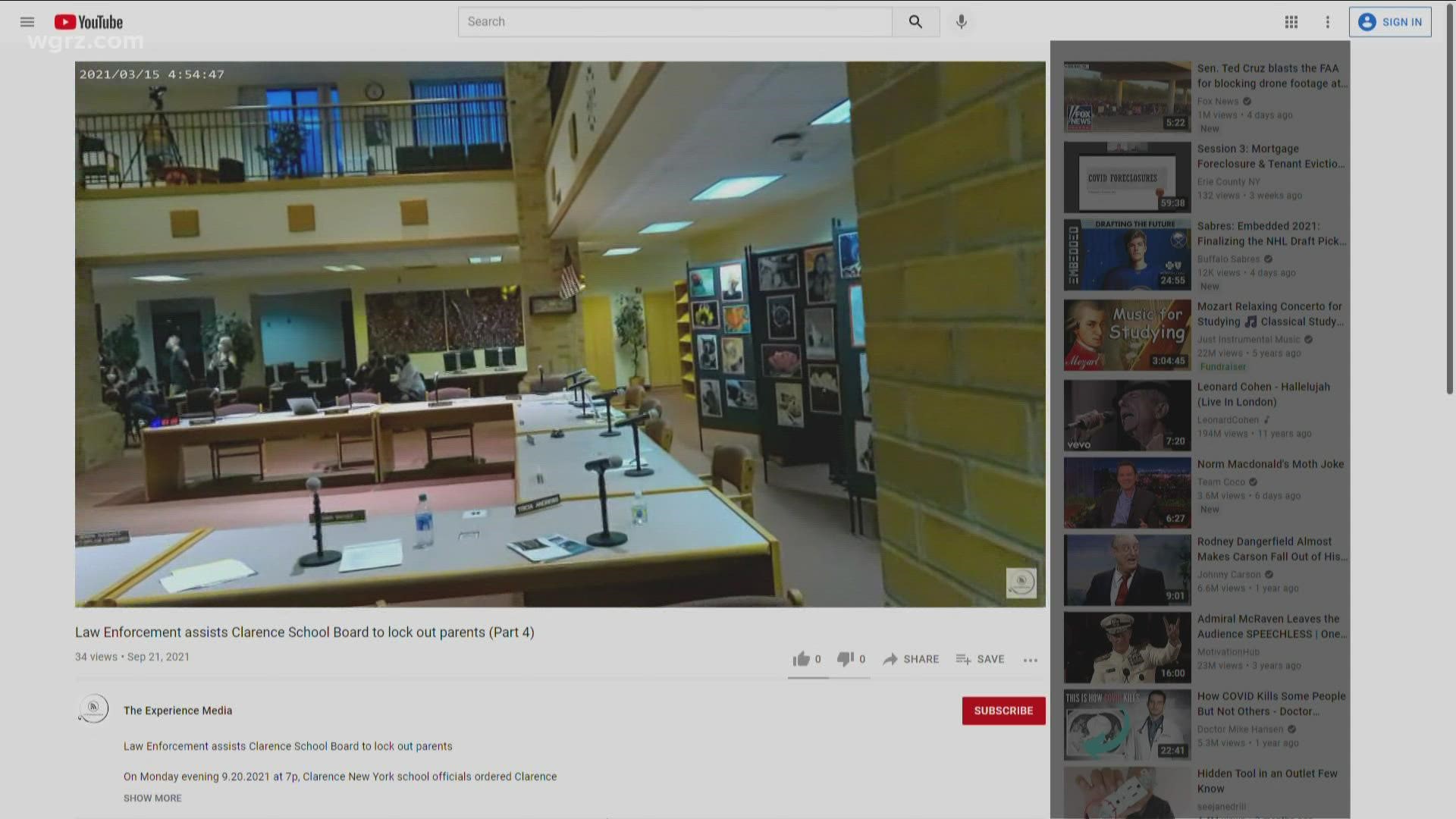 CLARENCE, N.Y. — The Clarence Board of Education Monday night cut its scheduled monthly meetings short after a group of anti-mask adults declined to put on masks.

Video of the suspended meeting was shot by one of the anti-mask advocates, Peter Harding. After the adjournment, Harding’s voice can be heard saying, “Mr. Superintendent, we’re asking you to answer some questions, alright?”

Harding was then told to leave the building by security.

2 On Your Side was unable to reach Harding through his attorneys. Earlier this year, Hardin was arrested and charged with a pair of misdemeanor counts in connection with the uprising the US Capitol on January 6th

It is unclear why Harding, who has a Cheektowaga address, was interested in mask mandates in Clarence schools.

This was not the first time Harding has visited a Clarence Board of Education meeting. The Buffalo News reporting that earlier this month, Harding told the board members, “You got a locomotive coming at you guys.”

Superintendent Matt Frahm declined to speak on-camera about the incident, instead offering a statement from school board members that read, in part, “We acknowledge that people hold differing views when it comes to certain COVID protocols, as elected representatives, we are bound to follow the safety requirements established by State and local officials.”

The next board meeting is set for Thursday according to the district website. Perhaps to avoid a repeat of Monday’s meeting, the Thursday session will be virtual.