Maryvale to implement 'stay away for the day' cell phone policy

Even with this, school leaders know the urge for students to grab their phones will exist. 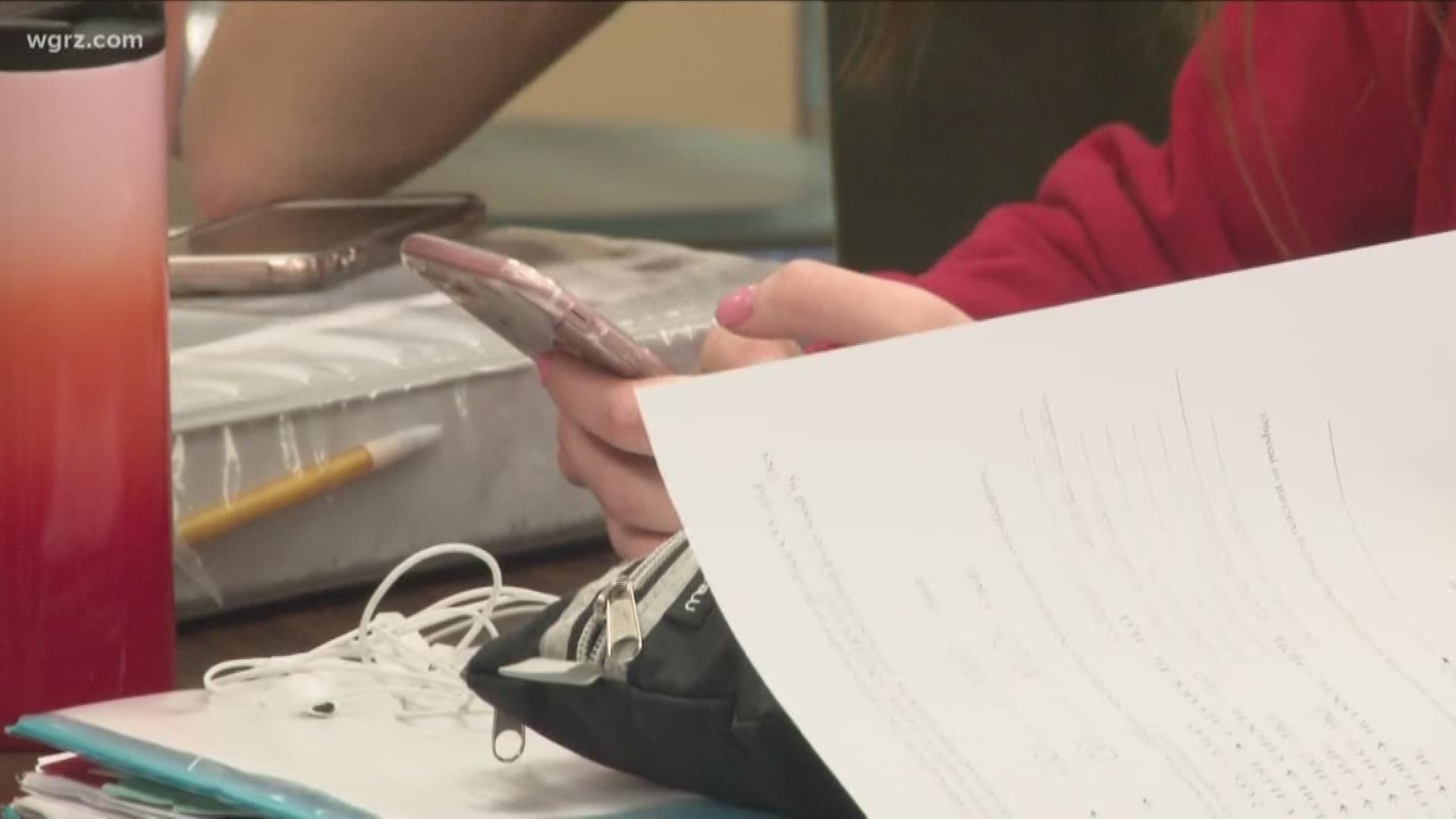 CHEEKTOWAGA, N.Y. — The use of cell phones in schools and how often they can be used has been an ongoing debate for years.

And now the Maryvale School District in Cheektowaga will place restrictions on cell phone use because they're causing too many problems.

School leaders say bullying, distractions inside the classroom, and fast food deliveries are just some of the reasons restrictions will go into effect next school year.

"And I would also say we're looking at social and emotional health, as well so there's a lot of research that's coming out lately that indicates that students and children and adolescents who are having constant access to their phone are missing out on the whole social context of their life," said Peter Frank, the principal of Maryvale Middle School.

Currently, middle school students must get permission from a teacher to use their cell phones, while high schoolers have fewer restrictions.

"It's not a cell phone ban. It's a stay away for the day, so basically they can bring the cell phone to school, but it just needs to stay in their locker all day. That way parents have access to their kids and can communicate before school and after school," Frank said.

There are some exceptions. Middle school students will be able to use their cell phones briefly if a teacher says its OK, and high schoolers will be allowed to quickly check their phones at their lockers between periods.

Even with this, school leaders know the urge for students to grab their phones will exist.

REPORTER: Do you think there will be increased discipline referrals as a result of this policy change?

"With anything, there's going to be implementation spike I think the major shift will be in the high school and yes they're going to see a spike initially," Frank said.

Frank adds that this is not a matter that needs board of education approval -- it's a change to the code of conduct, which administrators can made changes to.

How do you keep children safe from Internet predators?