The attorney for the 75-year-old protester provided an update on his condition on Thursday afternoon. 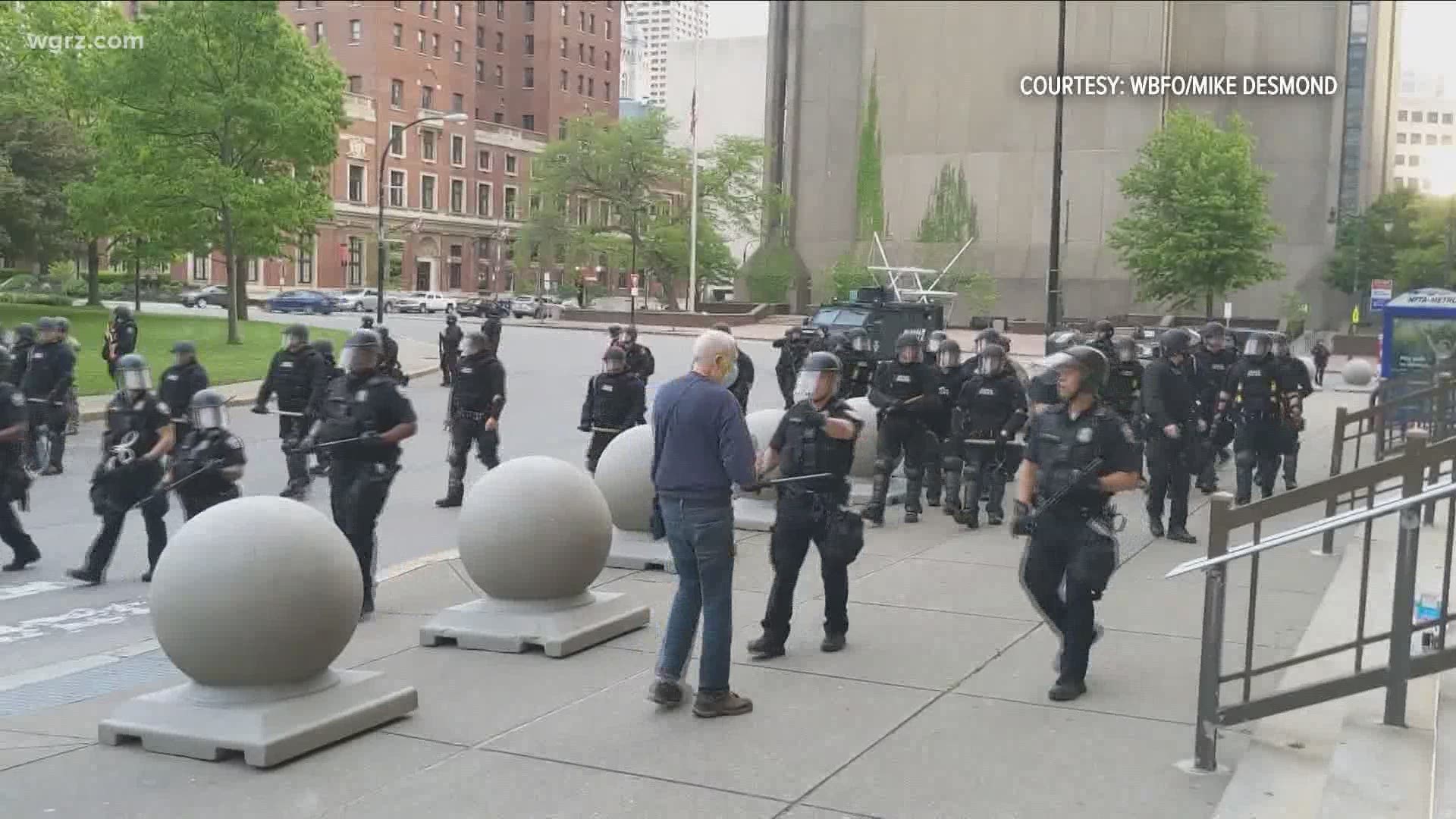 BUFFALO, N.Y. — The 75-year-old Amherst resident who was pushed by Buffalo Police officers while protesting after curfew in Niagara Square last week is now starting physical therapy as he continues his recovery.

The attorney for Martin Gugino provided an update on his condition on Thursday afternoon.

"I spoke with Martin a few minutes ago. He reports that he is feeling better than yesterday," said Kelly Zarcone, Gugino's attorney. "As heartbreaking as it is, his brain is injured and he is well aware of that now."

Gugino was taken away from Niagara Square by ambulance last week and has been hospitalized ever since the incident and the now viral video was shared.

Credit: AP
In this 2016 photo, Martin Gugino, right, holds a sign reading "Resist Racism," in Washington, D.C., as part of a protest over the 2014 killing of 12 year-old African American Tamir Rice in Cleveland. Gugino and others demanded murder charges against police officers for the killing. (Mark Colville via AP)

Two Buffalo Police officers have been charged with felony assault as a result of the push.

"He feels encouraged and uplifted by the outpouring of support which he has received from so many people all over the globe. It helps." said Zarcone. "He is looking forward to healing and determining what his 'new normal' might look like."

RELATED: Injured protester is being moved to hospital's rehabilitation floor