Many of the tall ships will leave Buffalo Monday, but there is still a chance for you to see some of them. 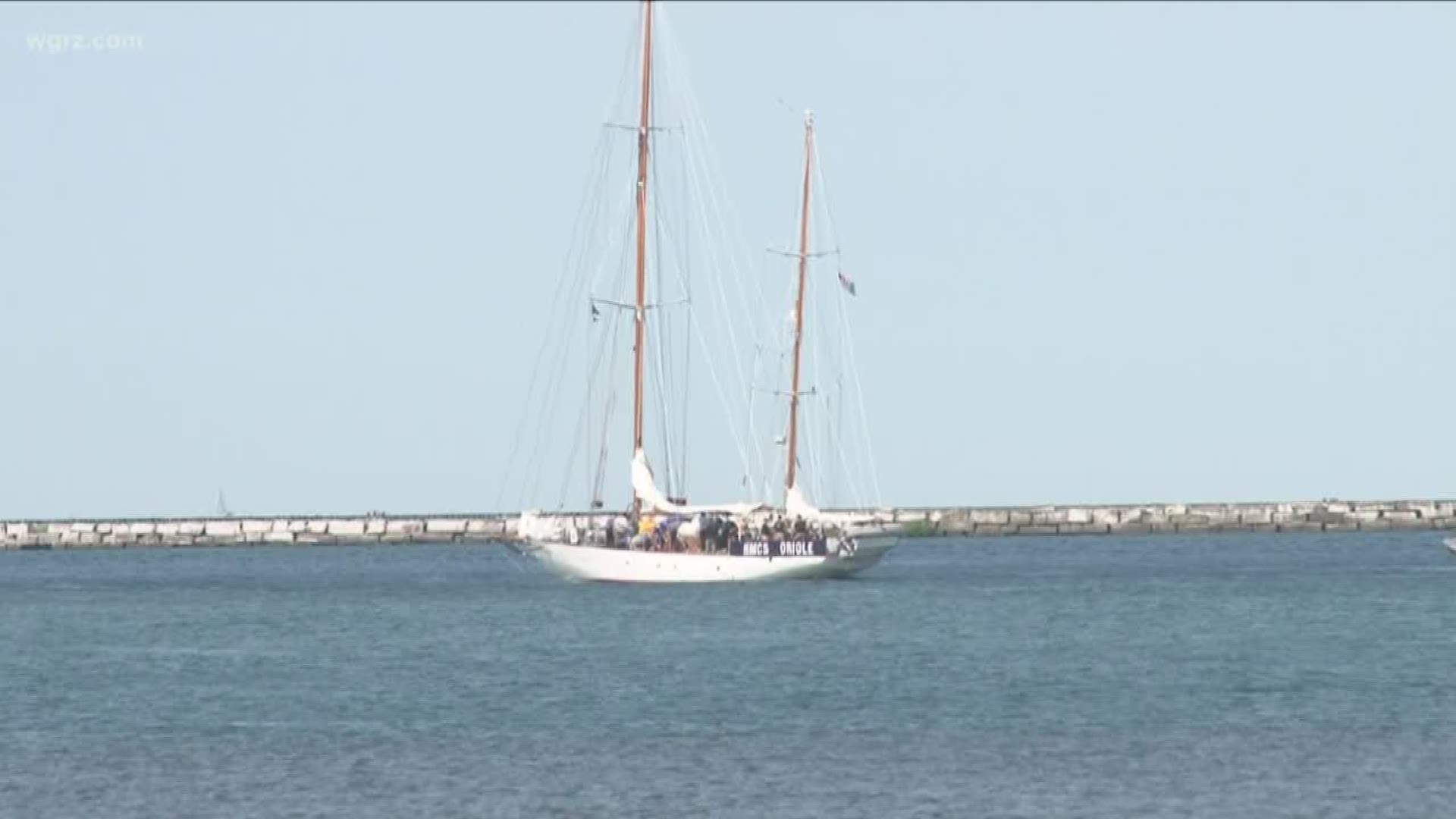 BUFFALO, N.Y. — It's au revoir, adios and any other way you know how to say goodbye to most of the tall ships at Canalside, the Naval Park and the Erie Basin Marina.

There is no doubt this was a very exciting four days for Buffalo.

125,000 people came out to see these majestic tall ships.

Departing Monday morning were seven of the tall ships including the HMCS Oriole and the Saint Lawrence Two.

The Brig Niagara is scheduled to leave Monday evening.

A couple of the ships will stick around over the next day or two and the Santa Maria will remain docked at the Erie Basin Marina until Sunday and be boarded for free if you'd like to check it out.

As for what's next for the tall ships a lot of them will be heading to Cleveland for a four-day festival there.