You paid for it: Top attorneys making $750 per hour to investigate Governor Cuomo

Attorneys who are investigating sexual harassment and misconduct claims against Gov. Andrew Cuomo are making between $325 and $750 per hour. 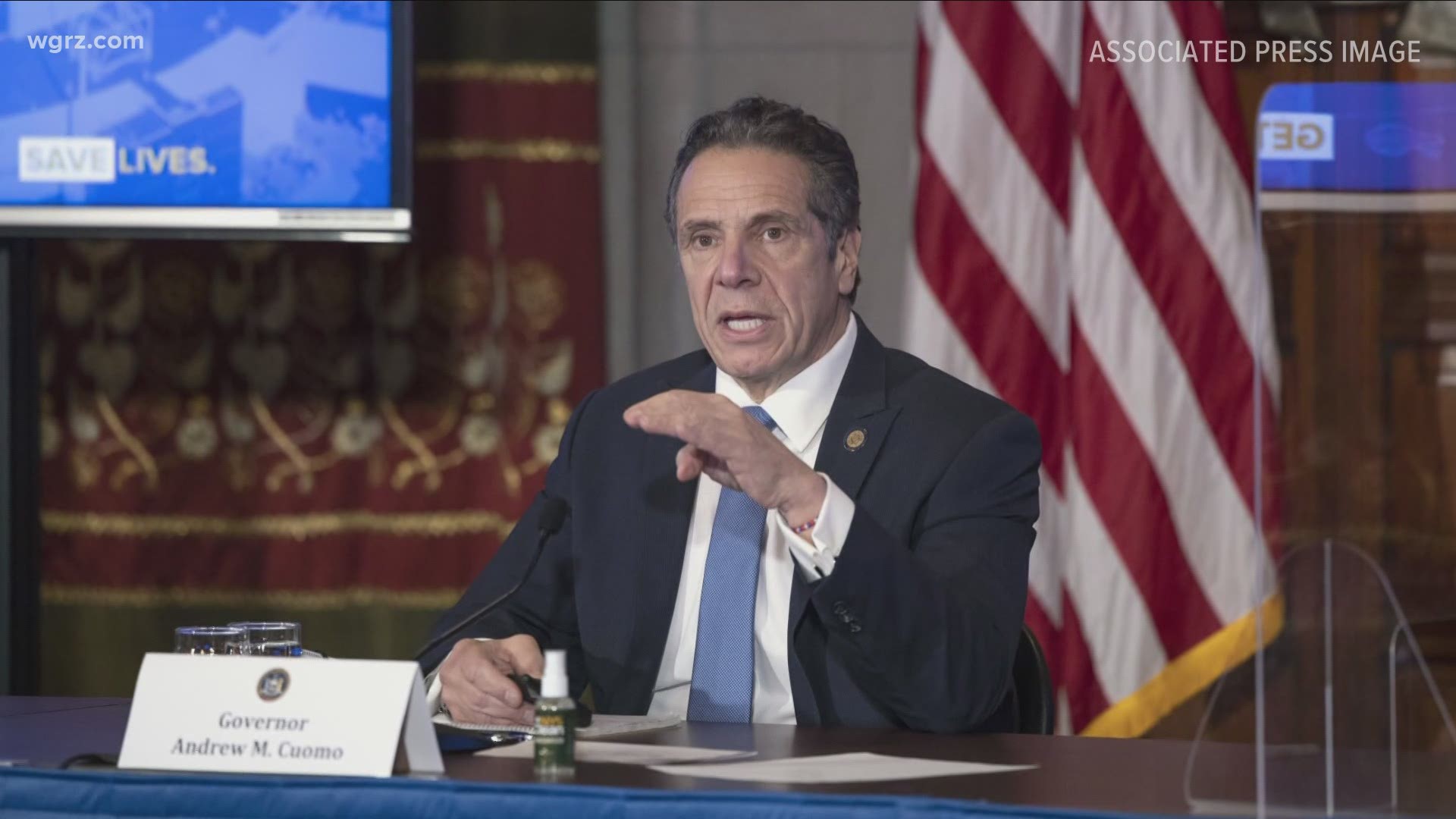 BUFFALO, N.Y. — All indications are that the investigations into allegations of sexual harassment and misconduct against Governor Andrew Cuomo will cost the state, and therefore taxpayers, a lot of money.

And we are getting a glimpse into that cost, which you are paying for.

Last month, when the New York State Attorney General Letitia James appointed outside attorneys to lead the investigation into sexual harassment claims against the governor, 2 On Your Side filed a public records request to learn about the cost of the investigation.

According to an 'Engagement Letter,' we obtained from the Attorney General’s Office the two top investigators will be paid $750 per hour; mid-level partners get paid $575 per hour; and then less-senior lawyers get between $500 and $325 per hour and they are reimbursed for any reasonable expenses.

"I think that we have got a very long-term, very expensive investigation involving a lot of lawyers at two different law firms, you can expect they would also be retaining investigation teams," said Barry Covert, a local criminal defense attorney.

A spokesperson for the attorney general says that the attorneys working the investigation are taking discounted rates, and are not making what they normally would per hour.

We’re also learning under what circumstances the investigation could end — either by written notice by the Office of the Attorney General, or after six months, unless the attorney general herself extends the investigation.

Documents obtained by 2 On Your Side show that the investigators don’t report directly to the attorney general, but instead to the first deputy attorney general or a designee.

On Monday, 2 On Your Side reached out to several members of the Assembly Judiciary Committee who are from Western New York.

“The Judiciary Committee has not met on this topic since Tuesday, March 23, 2021. The Committee stands at the call of the Assembly Judiciary Committee Chairman, Charles Levine. Now that the budget process has concluded, I am hopeful that this investigation will continue to proceed expeditiously. At this time, I have no further comment,” said Assemblyman Mike Norris, in a statement.

Governor Cuomo has also hired his own legal representation.