You paid for it: The high cost of fine print

What's black and white, but not read all over? The answer to that riddle might be: legal notices. 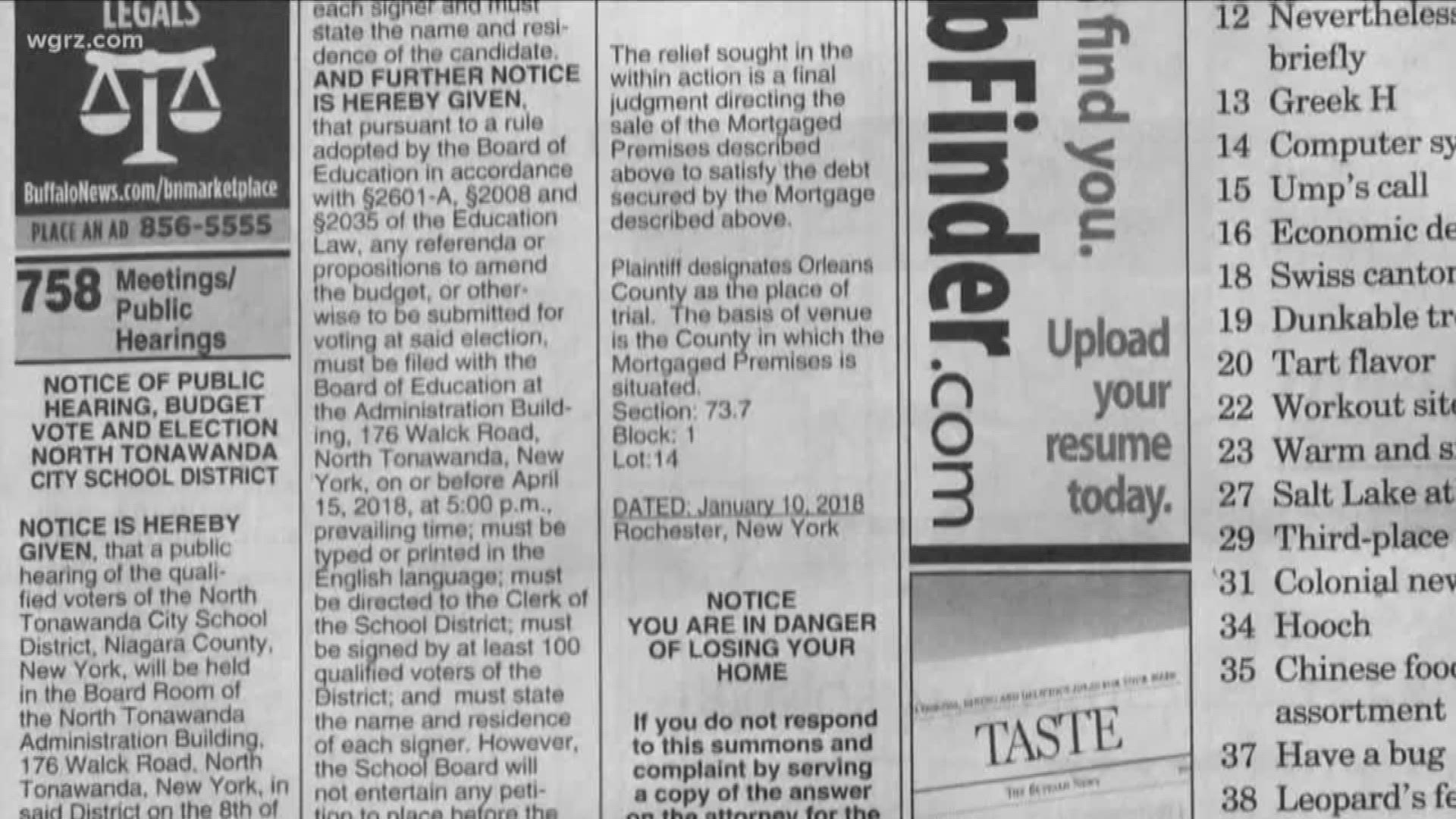 BUFFALO, NY - Every year, local government bodies, be they county legislatures, town boards, city and village councils, or even school boards meet for a re-organizational meeting.

Among the usual housekeeping matters at these meetings is the annual designation of a “newspaper of record” in which they will publish legal notices.

The notices, usually published in tiny print among the classified ads, are legally required to inform the public of a variety of matters, including but not limited to special meetings, bond issues, and requests for proposals to provide services or equipment.

An Archaic and Costly Way To Get The Word Out.

“This has been a requirement since World War II,” said Erie County Comptroller Stefan I. Mychajliw. “1941 was when the first state law was enacted that dictated to communities that they had to post public notices in newspapers.”

In a just released report, Mychajliw’s office found that Erie County alone spent $800,000 in the last five years to publish legal ads, which perhaps ranks with junk mail in terms of reader interest.

“I certainly don’t read them, and I’m required by law to post some of them. We might as well write these things on the side of a cave or have a town crier read it in the town square,” he said.

Not only are the more than 75 year old requirements regarding legal notices expensive, according to Mychajliw, but they are also archaic in terms of disseminating information.

“I think it’s ridiculous,” he said. “Especially in the day of the internet…I would recommend using today’s technology which is limitless through email and social media platforms, which would be more effective. You would reach more people than placing a legal ad in the newspaper and be cost effective in doing so.”

However, it would take a change in state law to allow for that.

”I hope the state would change the law and at least give local governments an opportunity to choose how we post these notices in a public perspective,” said Mychajliw, who also confirmed he’s begun to set the wheels in motion to find a sympathetic state legislator to carry a bill allowing for changes to Albany.

“We actually plan to begin that outreach in the next few weeks…we are going to share our findings with our state delegation and I hope they grab the ball and run with it,” he said.