You bought a House! Now... Can You Get The Pictures of it Off The Web?

Once someone's dream about buying a home meets with the reality that they own it, some have asked: how do you get all the pictures, particularly of its interior, off the internet? 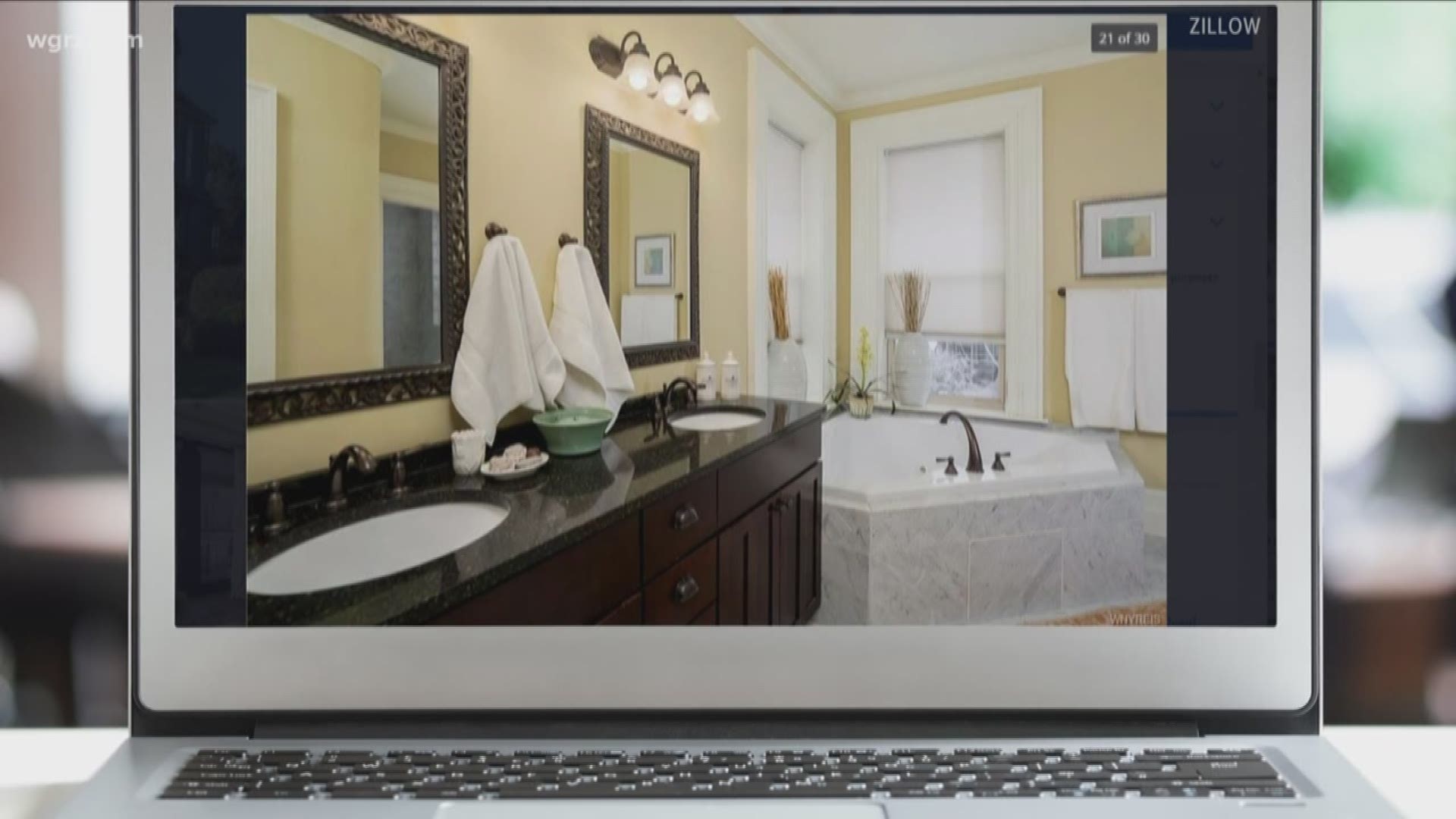 BUFFALO, N.Y. — If you are in the market for a home, it’s become much easier in many respects to find just the right house for you.

One thing that may not be so easy though? Removing pictures that were posted of your home when it was listed for sale from the internet.

A generation ago, buying a home may have begun with perusing grainy photos of the exteriors of places for sale in the real estate section of the newspaper.

This might be followed by a month of Sundays going to open houses.

These days, it's a lot easier.

From the convenience of your computer or smartphone, you look at dozens of photos, even virtual video tours of the interior features of listings, to help you narrow your search for your dream home.

However, once you close on the purchase, you might find yourself seeking to remove the photos of your new home’s interior from the internet.

You may have concerns over privacy, or be worried about the possibility of criminals knowing the layout of the house.

“It can be become hard, for sure,” said Charles Martorana, who serves as counsel for the Greater Buffalo Niagara Association of Realtors.

There may be several levels to untangle, the first of which was the arrangement made between the seller, who formally owned the home when the pictures were taken, and their realtor.

"Significantly, as part of that arrangement, there is a listing agreement which the seller-owner signs and agrees to transfer all rights, title, and interest to those photographs and data to the realtor,” Martorana told 2 on Your Side.

When the home hit the market, there was also an agreement made between the seller's realtor and the Multiple Listing Service (MLS).

This data bank shared by realtors helps get homes in front of as many eyes as possible, aiding the seller in getting offers and helping the purchaser to find just the right home for them.

It can provide for inclusion on major websites such as Zillow, Trulia, and RealEstate.com.

It can also proliferate the number of places where the photos of the inside of your home- which perhaps attracted you to buy it in the first place (but which you no longer want others to see) are published.

That is, unless, another type of agreement is reached between the seller and their realtor.

“The seller owner has the ability–and it doesn’t happen that often – to say they don’t want photos of the home for sale posted on the MLS as part of the agreement,” said Martorana.

Such a move would be uncommon, in part because it may defeat the advantages offered by modern technology through the MLS to sell the home.

However, that in no way involves the buyer, according to Martorana, who reminds that “the buyer is not a party to the listing agreement. The agreement is between the seller-owner and the realtor."

With no legal right to demand their removal, this could (and does) keep pictures of your home up on the internet for years after you’ve bought it.

You Can Still Try

There are ways that you could try to get the photos taken down.

One is to make the removal of those photos from the MLS a contingency of sale when you make your purchase offer, although not too many people think to do that according to Martorana.

"I have frankly not heard of that, but it's certainly an idea that one can ask in contract negotiations if you are particularly sensitive in regard to the information there."

If you didn’t think to do that, there is something else you might want to remember.

It never hurts to simply ask the realtor who listed the house to help you in your efforts to get the pictures taken down. Though they are not legally bound to do so, the last thing a realtor wants to have is a reputation for being uncooperative.

“Realtors subscribe to a code of ethics,” said Martorana.  “So if a request is made in earnest they should try and assist if they can. And typically I have found realtors to act that way in trying to help people achieve their goals.”

Beyond that, Zillow, in particular, allows you to create an account and claim the home as yours. Once done, you can remove photographs yourself, and because they feed listings to Trulia, it'll take care of that as well.

Although don't be surprised if at least one photo of your home’s exterior and a lot of other data about it, remains.

“Usually the MLS wants one photograph to remain on the MLS for a continuing period," Martorana said.

There are a host of reasons.

That information helps realtors set prices to sell other homes, and for banks extending mortgages to determine if the house is worth the price being paid.

It also helps assessors determine a value for tax purposes, and for the appraiser- which you might hire to contest what the assessor has to say- to determine its worth.