Yellow Zone schools: If you refuse to let your child be tested for COVID-19, will they be kicked out of school?

Conflicting answers from local officials and the New York State Department of Health is of no help in clearing up confusion for parents. 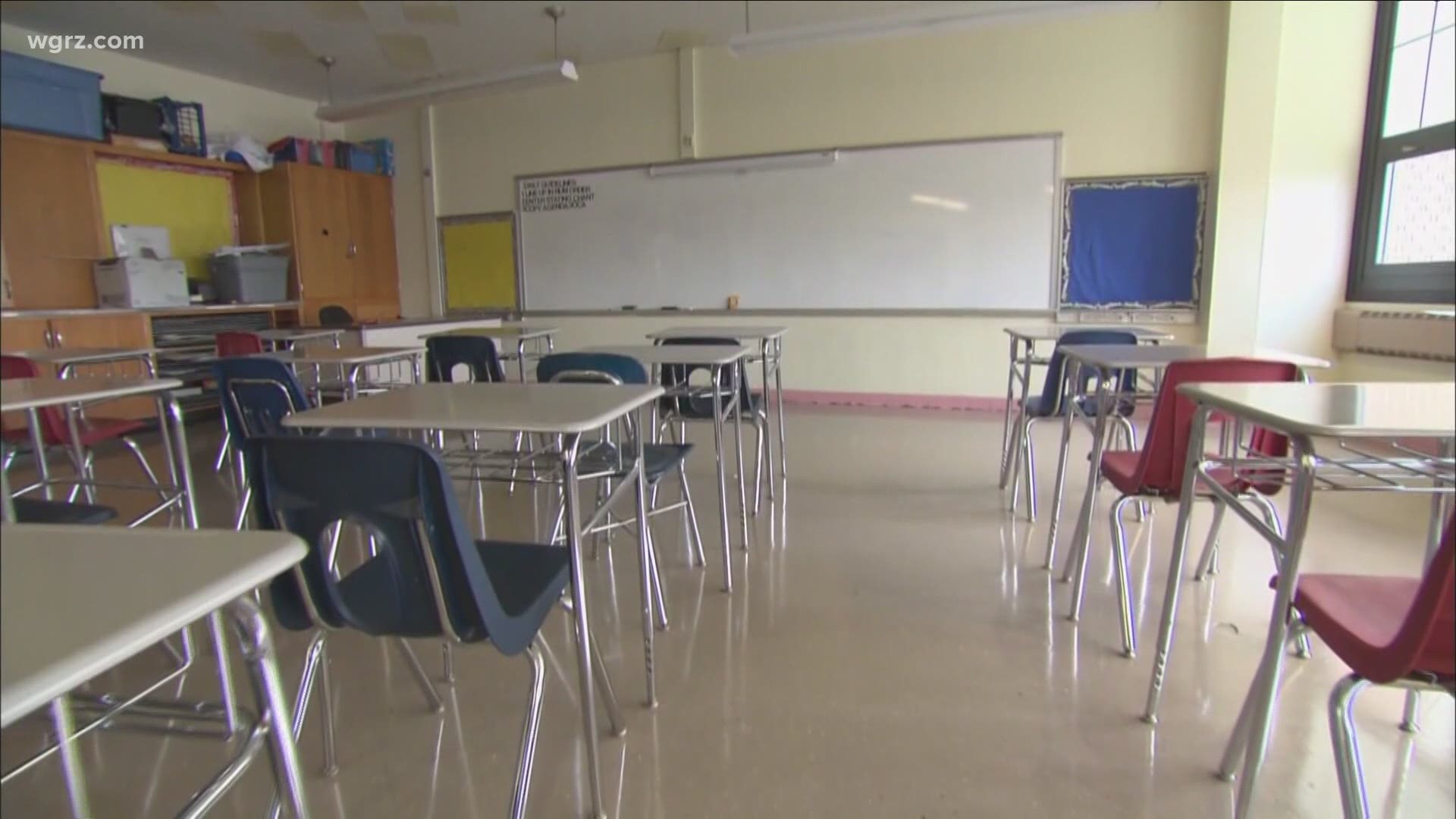 BUFFALO, N.Y. — As we reported on Monday, schools within New York State designated COVID-19 "Yellow Zone" areas of Erie County will have to test 20 percent of their staff and students each week if they want in-person learning to continue.

While they figure out how they're going to do that, questions have been raised regarding what happens to a student whose parents decline to have their child tested.

If You Refuse, What Are The Consequences?

According to Erie County Executive Mark Poloncarz, if your child is randomly chosen for testing and you refuse to have them tested, then the government will kick them out of school for two weeks

"If they refuse to be tested, then they can't go into school now," Poloncarz said.

However, the president of the Erie Niagara School Superintendents Association told 2 On Your Side that this does not appear to represent a state policy, but rather one added by Erie County on top of New York State guidelines.

Hamburg School Superintendent Mark Cornell says he bases that on his conversations with superintendents in other parts of the state, which had previously been designated by Governor Andrew Cuomo as "Yellow Zones" due to increasing coronavirus cases.

"They had to do the testing, but were not required to exclude students whose parents did not consent from in-person instruction," Cornell said.

However, when we asked Poloncarz if this was a condition added by the county, he indicated that it was not.

"I think this comes from the state," Poloncarz said. "If they are refusing to be tested then, because we are in the cluster zone, then that student has to go virtual... that's what I've been told."

We figured if there was an agency that could clear this up it would be the New York State Department of Health. However, it wasn't much help at all.

In response to our direct questions of whether or not a student whose parents refuse to have tested would be sent home, and whether this was a state policy or one left up to the county, a spokesperson replied only with a link to a month old memo and a brief statement, neither of which provided a clear answer.

In the meantime, it's important to note that while the testing requirement applies to private and charter schools as well as public schools, it only applies to those schools offering in person learning.

"If it's a virtual district solely, like the City of Buffalo, they are not required to test," Poloncarz said.

In other words while a student in Hamburg may be subject to random testing, a pupil in the Buffalo Public Schools would not be.

We also obtained a memo issued to staff at another large school district, which is also in a Yellow Zone, but in another county.

There, the superintendent says the testing for staff and students is voluntary.

However, they also mention that if not enough people volunteer to subject themselves to testing, then they won't be able to make the 20 percent testing quota as mandated by the state, and as a result would be forced to revert to all virtual learning again.

Schools May Just Send Everyone Home

Between the requirements being foisted on schools by the state (which pose a significant challenge to meet) and the prospect of getting into a battle with parents over any attempt to deny their child in-person learning should they not consent to having them subjected to a coronavirus test, many districts may decide to just revert to virtual learning instead.

In fact, late Tuesday the Cheektowaga School District and the Frontier Central School District both announced that they would temporarily suspend all in-person learning, with the hopes of resuming at the end of November.