Whoever wins the seat will represent the 27th District until November. 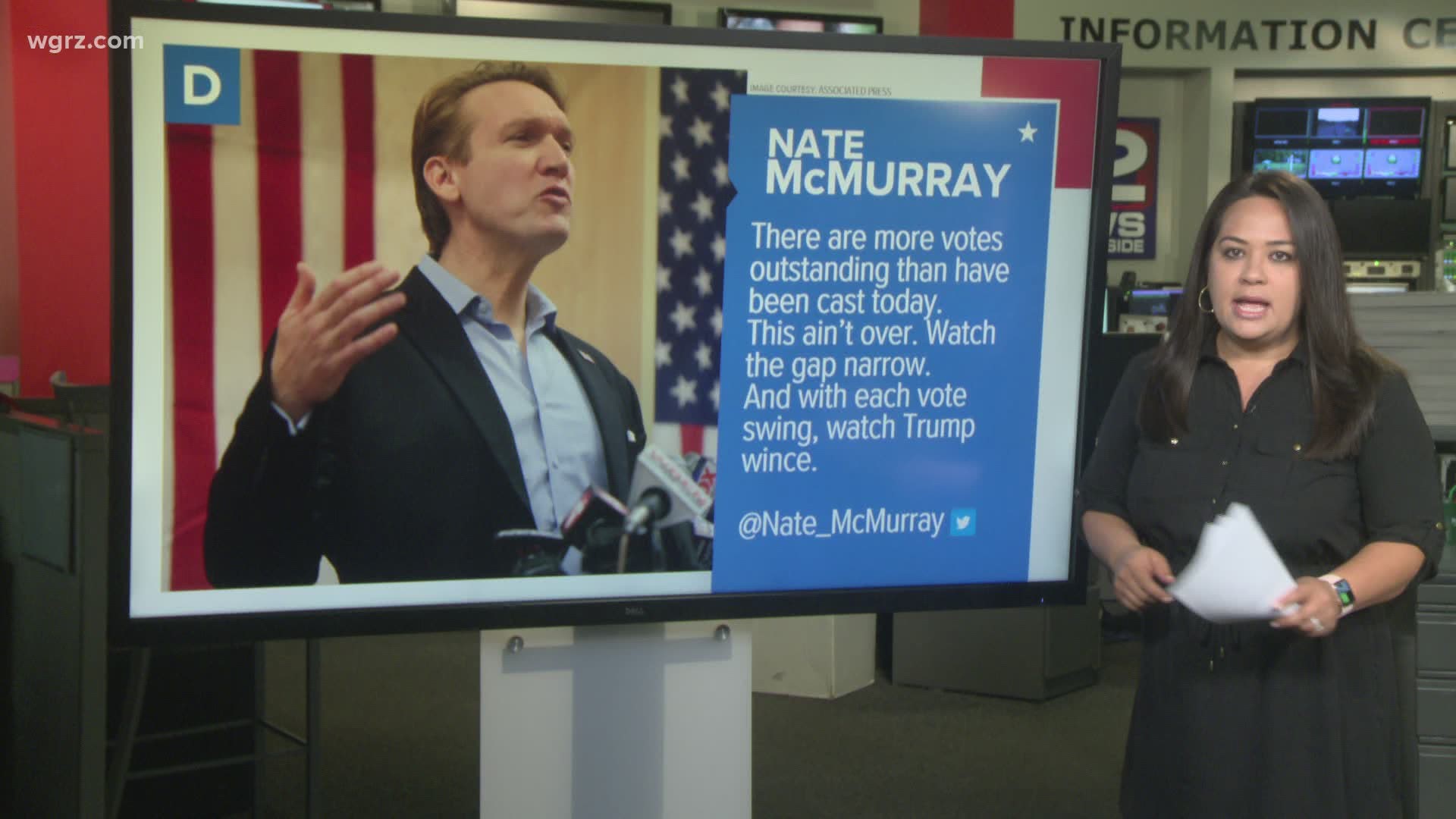 ERIE COUNTY, N.Y. — While the votes are still being counted,  Chris Jacobs has declared victory in the U.S. Congressional 27th-District special election and Republican primary.

With 29 percent of the precincts reporting, Chris Jacobs (R) has the lead in votes over Nate McMurray (D) for the US Congressional 27th-District special election.

In the US House District 27 Republican primary, Jacobs has a big lead over Beth Parlato and Stefan Mychajliw with 83 percent of the precincts reporting.

Mychajliw says he contacted Jacobs to congratulate him.

However, McMurray said in a statement that the race is not over.

Whoever wins the seat will represent the 27th District until November.

McMurray almost beat Collins for the seat back in 2018. 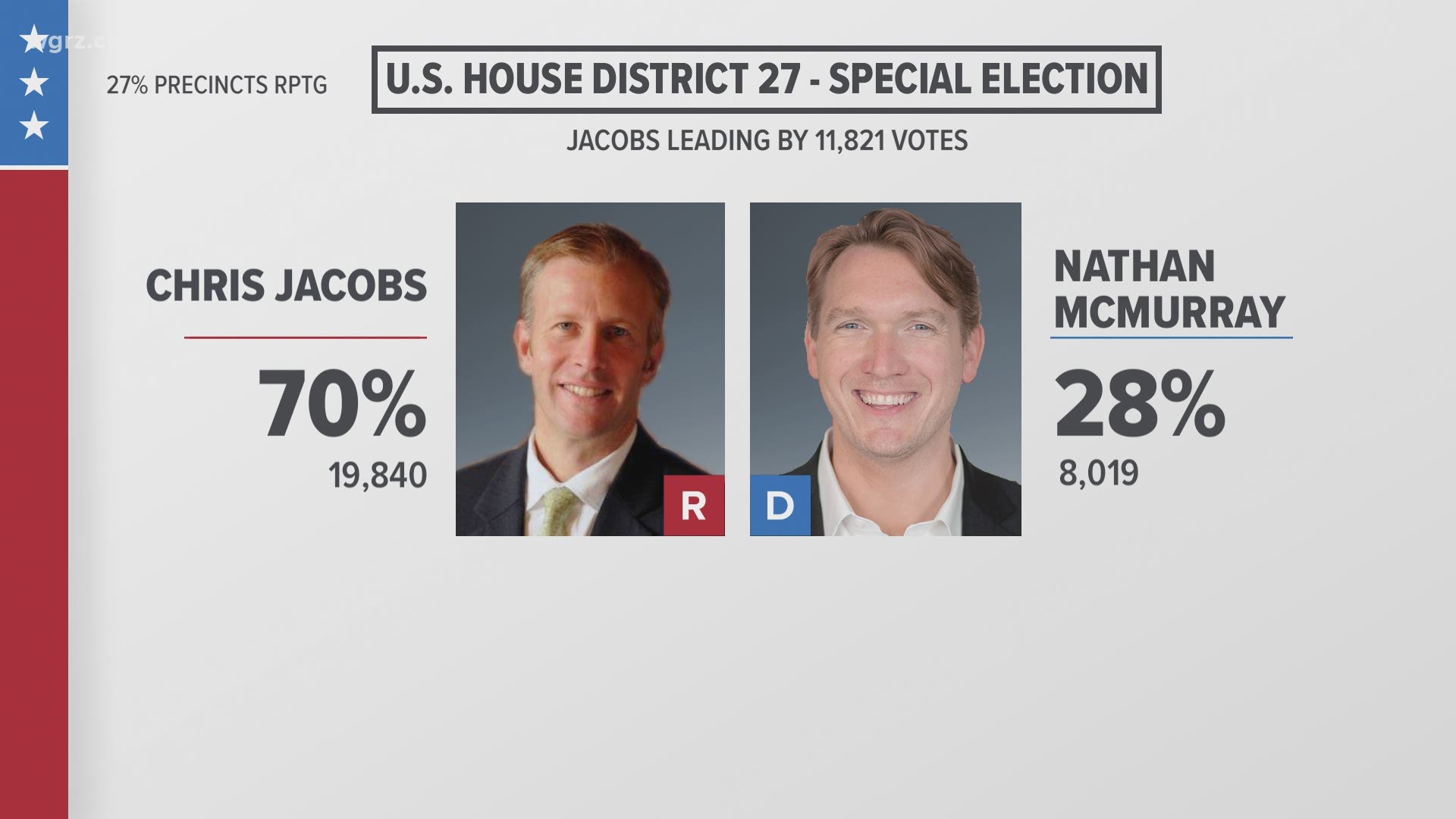 RELATED: Erie County Board of Elections making sure your vote counts once