Valentino Dixon is a free man. After spending 27-years in prison for murder, he was exonerated of murder charges on Wednesday. The man who confessed to the actual killing pleaded guilty to manslaughter in court. 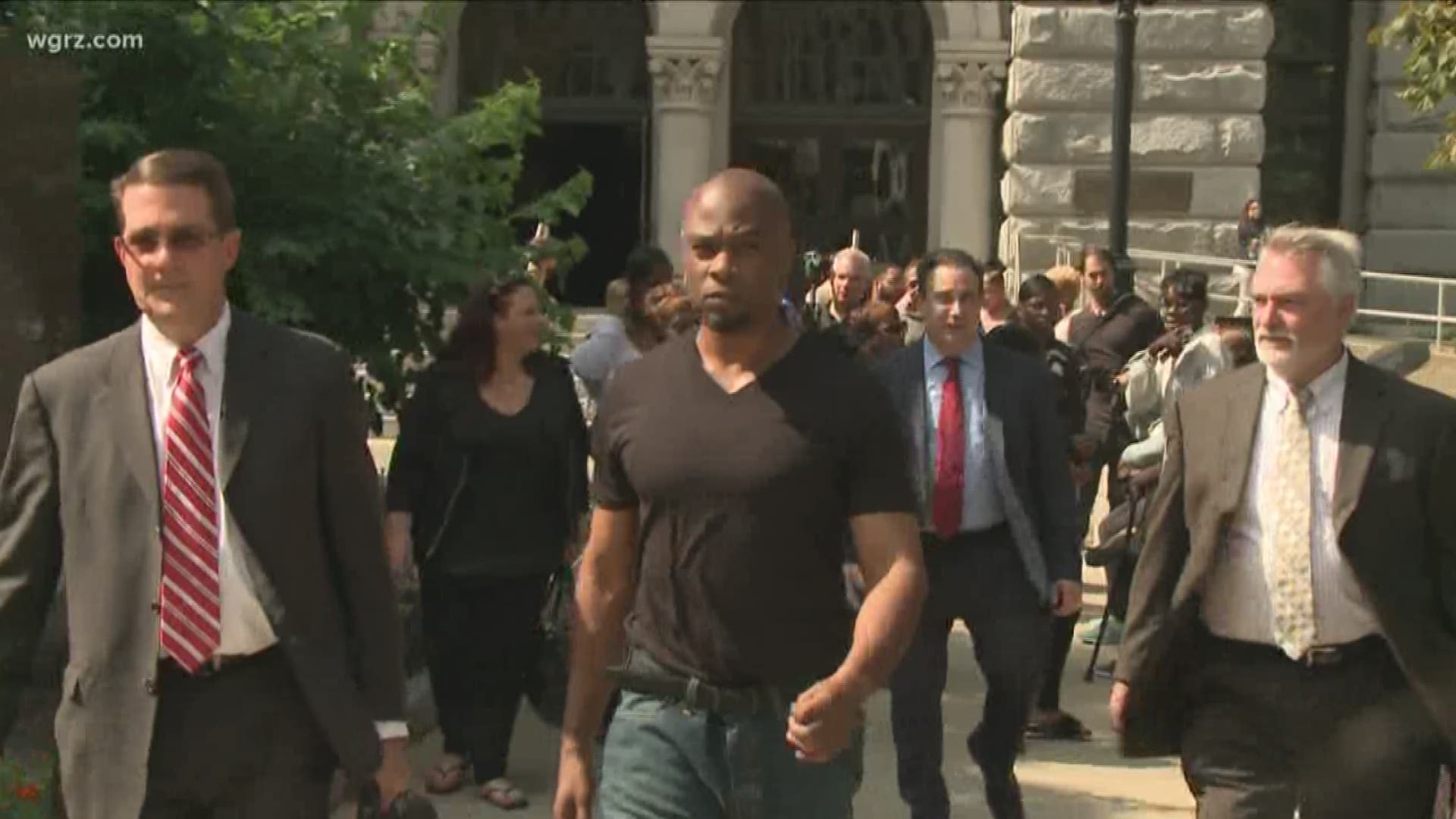 BUFFALO, N.Y. - Valentino Dixon is a free man. After spending 27-years in prison for murder, he was exonerated of murder, attempted murder and assault on Wednesday. The man who confessed to the actual killing pleaded guilty in court.

Dixon was convicted of second-degree murder for the death of Torriano "Torry" Jackson in 1991. He remains charged with criminal possession of a weapon.

Dixon was interviewed in prison in July 2018 by Channel 2's Claudine Ewing. At the time he said, "I'm doing this because I'm innocent and the evidence clearly shows I'm innocent."

At the time, he was serving a 39-year-to-life sentence and not eligible for parole until 2030.

Dixon always said the evidence didn't add up. He pointed to the lack of results showing gun residue on his clothes and in his car after he was arrested. He said the night of the shooting he did not have a weapon.

"Show me a case in America where eight or nine witnesses is going to lie about a person committing a crime, especially people in the ghetto. It doesn't happen," he said.

FULL INTERVIEW: Valentino Dixon talks about being a free man and exonerated for a crime he didn't commit 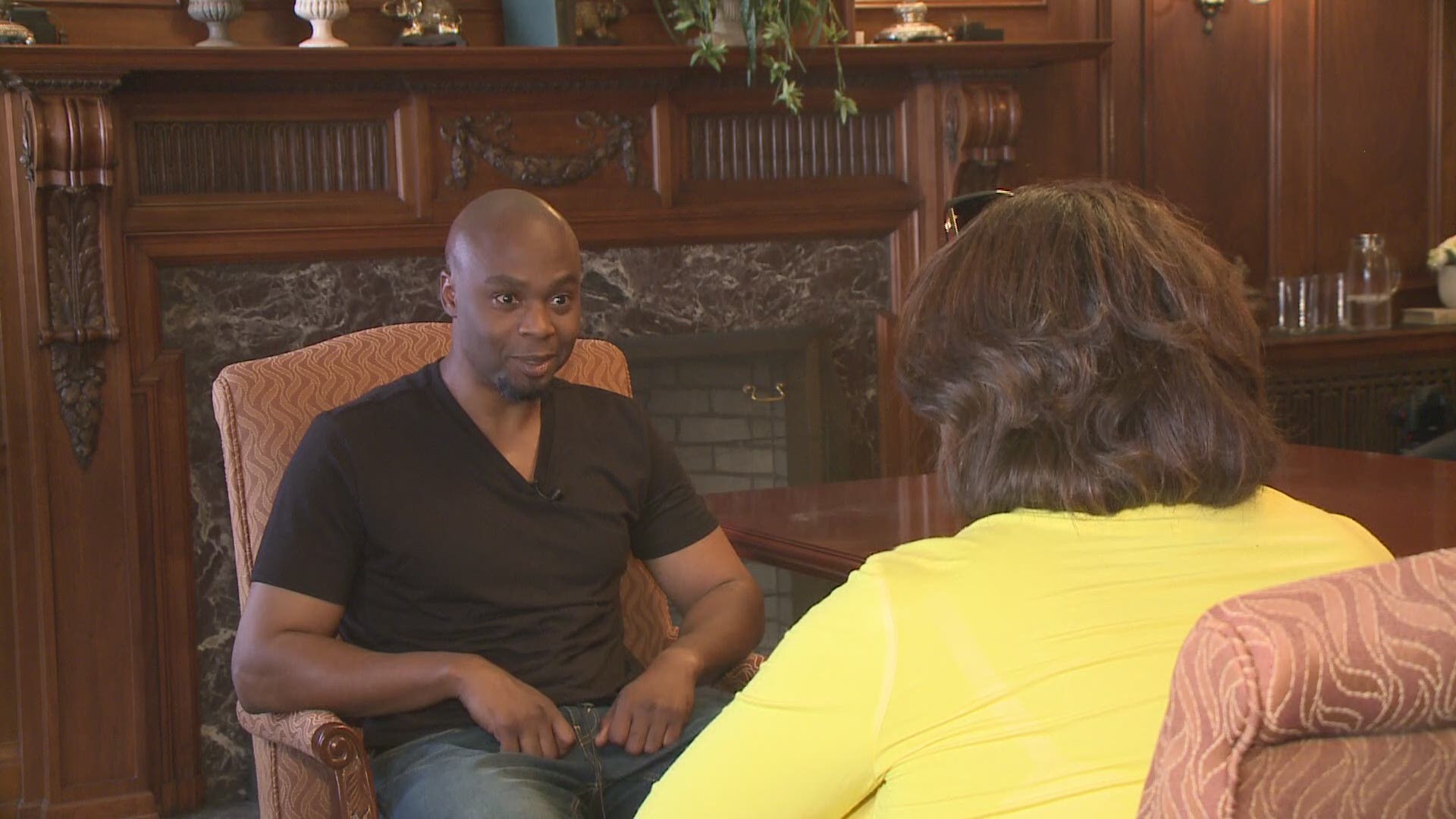 Perhaps more startling was when Dixon said 27-years later, "Show me a case where a lead detective doesn't testify in a murder trial." The lead Buffalo Police detective assigned to this case did not testify during the trial.

Dixon always questioned why witnesses who said he was not the shooter were never called to testify. His trial attorney at the time of his conviction said they were indicted for perjury.

"I don't have no credibility, let's get that straight. I can say I'm innocent all day long. The evidence shows you that I'm innocent," Dixon said.

Torry Jackson was 17 at the time of his death. He was shot multiple times. Three others were wounded, including Jackson's brother Aaron who is reminded of the shooting everyday when he looks at the scar on his body. 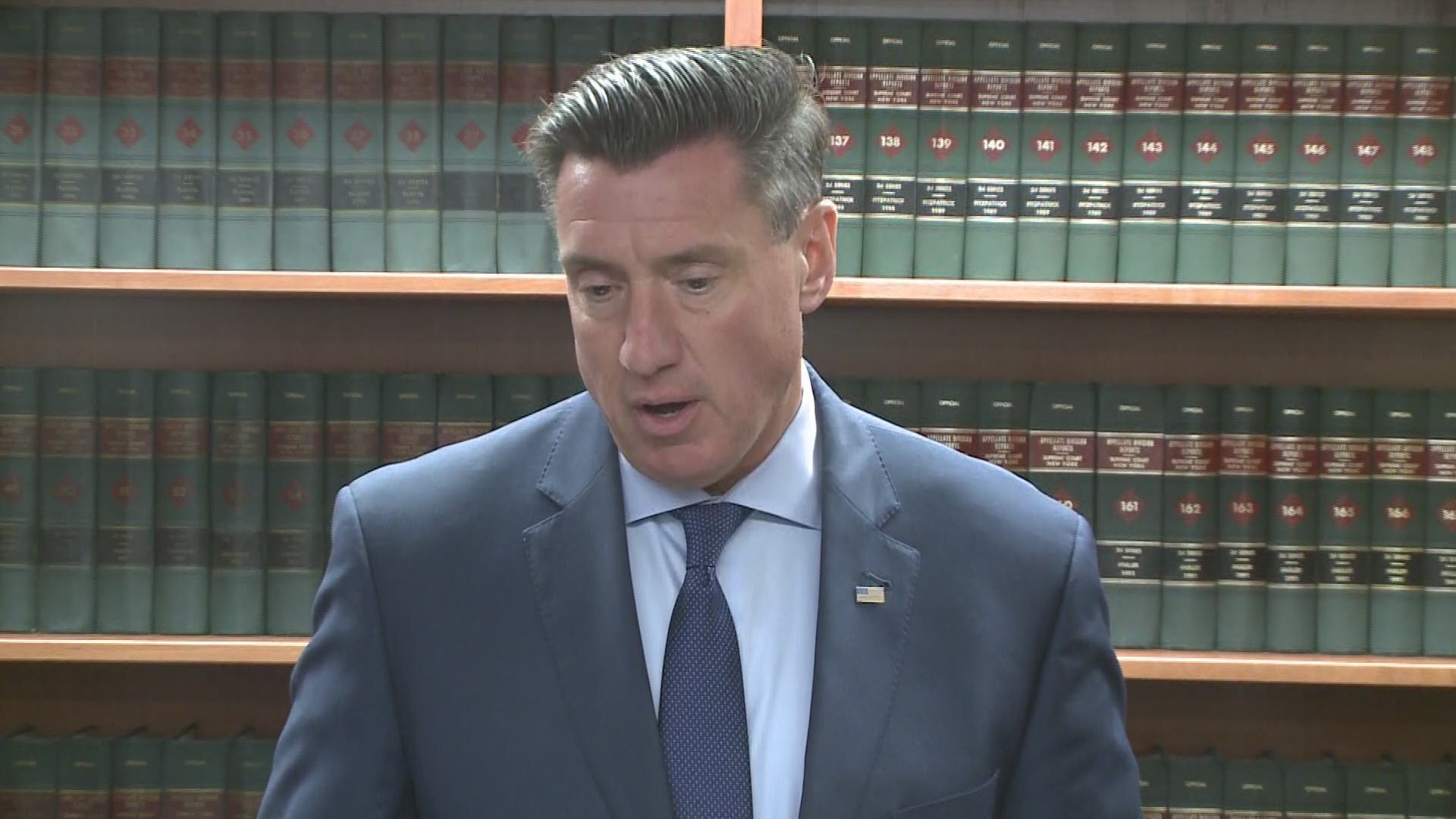 In an interview earlier this year with 2 On Your Side's Claudine Ewing, Jackson never hesitated when saying who killed his brother and shot him. He vividly remembers August 10, 1991 on East Delavan and Bailey in front of the Louie's Texas Red Hots restaurant.

"Street fight that turned into a homicide. Machine gun was used," said Jackson.

Jackson said he is "200% sure" that Dixon fired the weapon that caused mayhem.

"He's not innocent and he wasn't tried and convicted in a kangaroo court," Jackson said. "I don't think he should ever be free."

He never wants the victim, his brother Torriano to be forgotten.

"Seventeen years old, dead and gone, shot and killed out on a street corner left laying in a parking lot to bleed out. Where is the justice in that if this guy is allowed to come out," said Jackson.

Dixon always maintained his innocence. Many eyewitnesses at the crime scene said he was not the shooter.

Lamarr Scott confessed to the killing days after the shooting. His first confession was made on camera in an interview with former Channel 2 News Anchor Wanda Starke. During that interview he said, "I don't want my friend to take the rap for something that I did."

When referring to the Torry Jackson who died in the shooting, Scott said, "The guy that I shot, him and his friends were threatening us all day long. I road home on my bike on Montana Street and came back with an Uzi that I obtained on the street."

He had a further explanation: "The reason he died is because I didn't have any control of the automatic weapon at all."

Dixon was last incarcerated at Wende Correctional Facility in Alden. Earlier, he was imprisoned at Attica Correctional with some of the state's most violent felons.

"He's a model inmate, but he was once a reckless citizen and caused harm to my family. He killed my younger brother as well as an attempt on my life" said Jackson.

Upon release, Dixon wants to pursue work as an artist, getting to know his daughter who was just four-months-old when he went to prison.

"I look forward to having as many memories as possible," he said, including with his mother Barbara "throughout all her bouts with cancer I got to make her proud."