World's Largest Disco back in person for 2021

The wildly popular dance party returns to the Buffalo Convention Center on November 27, but with a reduced capacity of 5,000 guests. 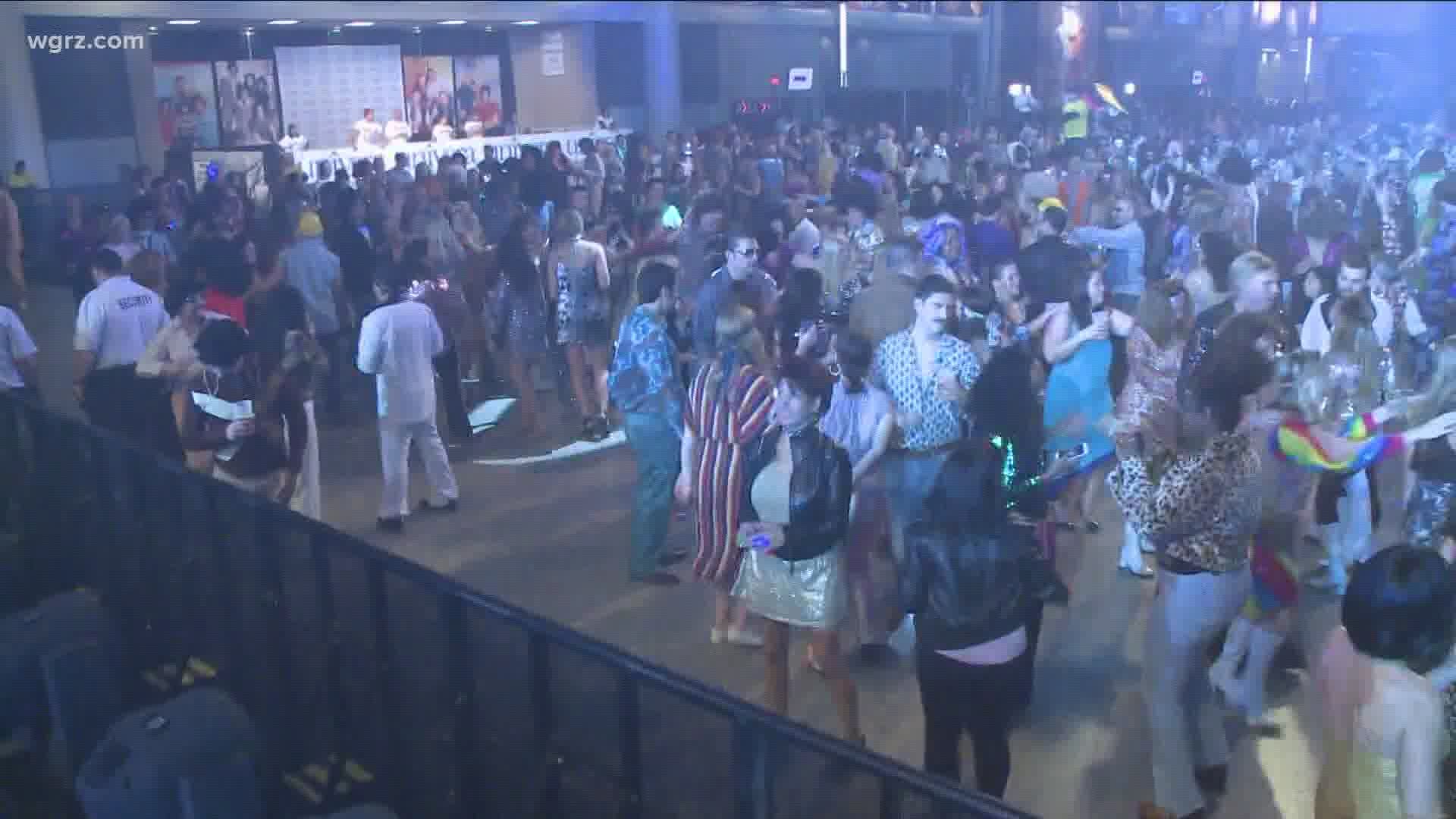 BUFFALO, N.Y. — Get ready to shake your booty with the announcement that the World's Largest Disco will return to an in-person event for 2021.

The annual Thanksgiving weekend dance party went virtual in 2020 due to the COVID-19 pandemic.

This year's event is back at the Buffalo Convention Center on Saturday, November 27, but with a reduced capacity of 5,000 guests. Organizers usually sell 7,000 tickets.

The Disco will work closely with the Erie County and New York State Health departments to monitor for current health guidelines at the time. Those who are vaccinated and unvaccinated will be able to attend.

The pre-sale starts next month with people who donated and did the virtual disco last year being able to buy tickets first. Usually, the VIP tickets sell out in 45 minutes, and in 2019, the regular tickets sold out in just ten days.

In it's 28th year, the disco raises money for Camp Good Days and Special Times.

As of right now, there are no COVID-19 restrictions since it's an event with five-thousand people or less, but the Disco's founder says things could change.

"We hope it's going to be a very similar experience to every other year, and that's going to depend on exactly what, you know, the state or the CDC or Erie County mandates at the time. But, no, it's going to be, you know, it'll be this, same building, same place. This event really started here in 1979 was the first time the World's Largest Disco was ever held in this building and we want to carry on the same traditions," says World's Largest Disco Founder Dave Pietrowski.

Organizers say if guidelines become less restrictive after tickets go on sale, they may increase the capacity to normal levels.