The Thruway Authority says the nearly $21 million project finished ahead of schedule. The speed limit can now return to 65 mph. 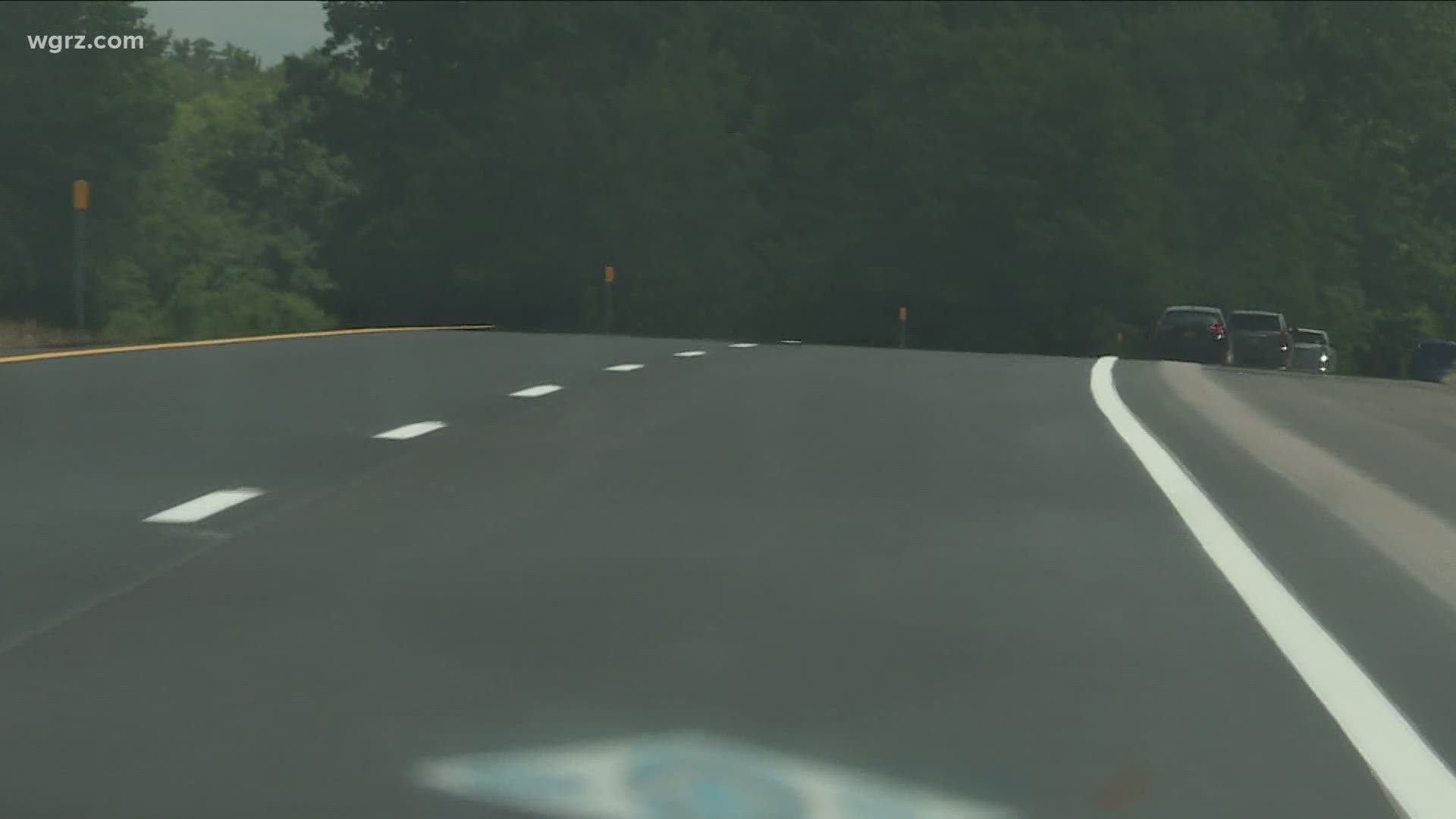 SILVER CREEK, N.Y. — After years of controversy and complaints about a dangerous stretch of the New York State Thruway that runs through the Seneca Nation, work to repair and rebuild that four mile stretch is finally complete.

This was the first major reconstruction since 2003 of that four mile stretch of the highway. A special agreement was worked out with the Senecas to allow access for the roadwork and Thruway officials say it should be a template for future projects on tribal land.

The New York State Thruway Authority said the nearly $21 million dollar project was completed ahead of schedule and on budget.

“Our focus from the start was to provide a safe and reliable roadway that the millions of drivers that travel this section each year deserve, and I am proud to announce that we have delivered on that promise weeks earlier than planned,” said Thruway Authority Executive Director Matthew Driscoll. “We thank the Seneca Nation for their partnership and for working with us as we completed this project which utilized Nation employees and equipment.”

Driscoll added that it was a big job.

"To put it in perspective, crews used about 125,000 tons of asphalt pavement, which is a lot of asphalt as you might expect," he said. "But also about 20,000 tons of sub-base to get right down and completely rebuild the thruway right down to that base that we talked about back in last March."

Work started in the fall of 2019 on the I-90 between Exit 57A (Eden-Angola) and Exit 58 (Silver Creek). Now that the project is done, the speed limit in both directions between the two exits has been returned to 65 mph.