A Buffalo Police officer caught a woman after she jumped from a second story landing on Sunday. 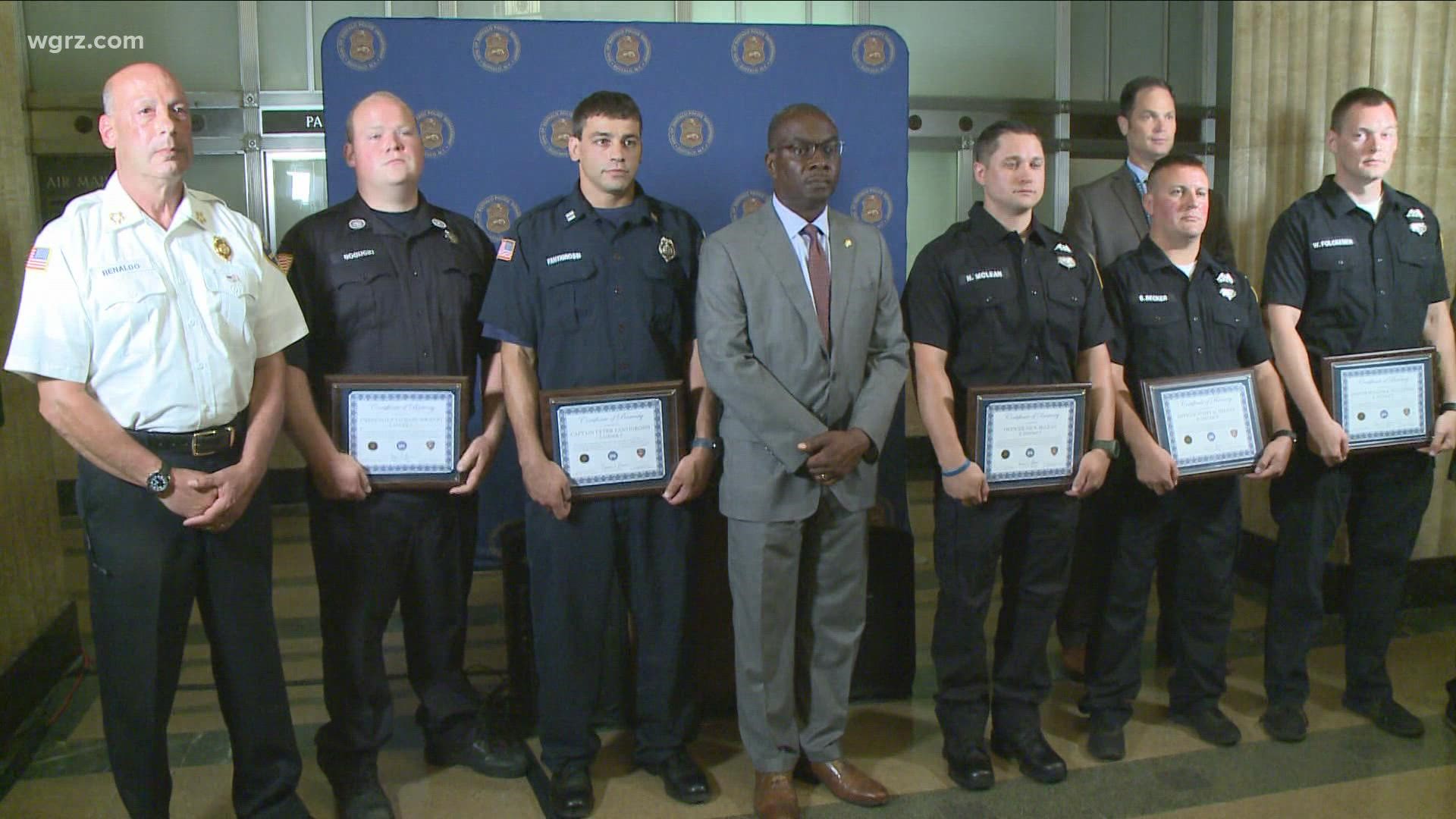 BUFFALO, N.Y. — A Buffalo Police officer rescued a woman from a burning home Sunday morning, and the city has released the body camera footage showing that rescue.

On Monday, the city also honored that officer and other first responders for their heroic actions.

Body camera video captured the dramatic rescue in Buffalo after a home on Sidney Street caught fire with a family inside. The body camera footage also shows someone rescuing one of the children as police and firefighters got there.

The woman hurt her leg, and she was taken to the hospital. She's expected to make a full recovery.

"As soon as we got on location, we had a ladder brought right to her to try to help with the extrication. Now, she did not make it onto the ladder before we could get to her, and that's where the police officers helped catch and the rest of the family, so we do try to practice for these things and hope that they don't happen, but when they do, we are ready for them, says Buffalo Fire Capt. Peter Fantigrossi.

"You can never really plan for something like that. You just got to do basically the best you can. There was another citizen there that was helping me in assisting her down, and basically, when she kind of fell down, we were able to catch her to her safety," says Buffalo Police Officer Nick McLean.

"Seeing this, it's very powerful. At the moment, there's a lot of things that we have to analyze and decisions have to get made about how we're going to operate, so to be able to look back on this now and see the bravery they show going in to make sure the house is clear, our actions, you know, it gives a good feeling to see that, but it's also very powerful to me to see like, Woah, there was a lot more going on than in the moment that I was able to see because of all the decision making process that we all had to go through. I was not aware of what they did, which was amazing until I saw the videos earlier today," says Capt. Peter Fantigrossi.

Fire investigators say the fire started in a hallway and moved into the attic. They're trying to figure out the cause.

The nearby Evening Star Church of God in Christ uses the home to help people in need.

Six people live there, and the Red Cross is helping them.