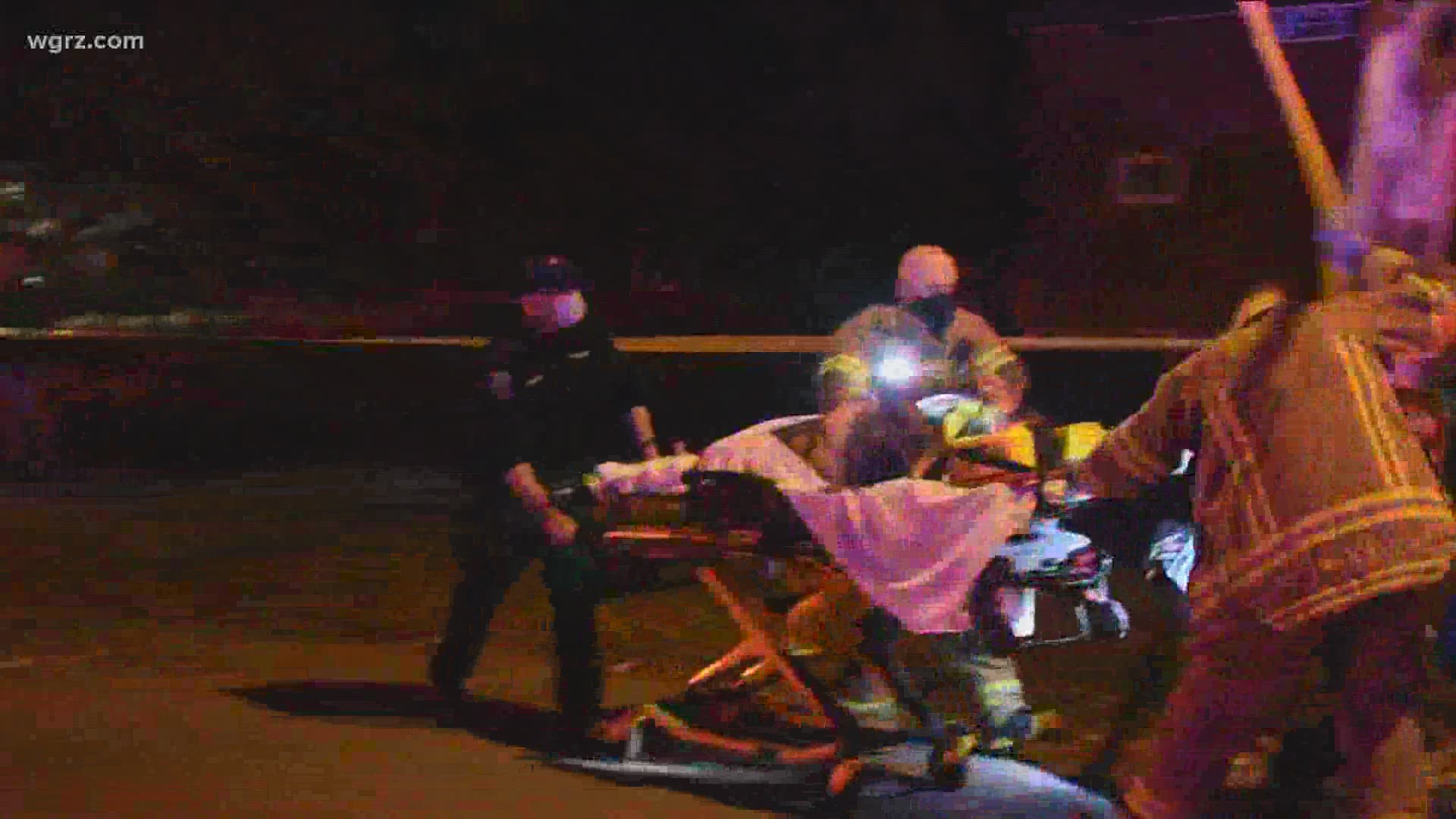 The victim was crossing Walnut Avenue and 20th Street when she was struck. The westbound vehicle that hit her took off from the scene and was last seen heading north on 19th St.

The unidentified woman was rushed to ECMC where she's be treated for multiple injuries.

Police say the vehicle in question should have damage to its front end and hood, as well as a broken windshield.

Anyone who witnessed what happened or has any information about the incident is asked to call Niagara Falls Police at 716-286-4711.