The last time Yelda Natiq saw her family in person was nine years ago in Afghanistan. The situation in that country has her deeply worried. 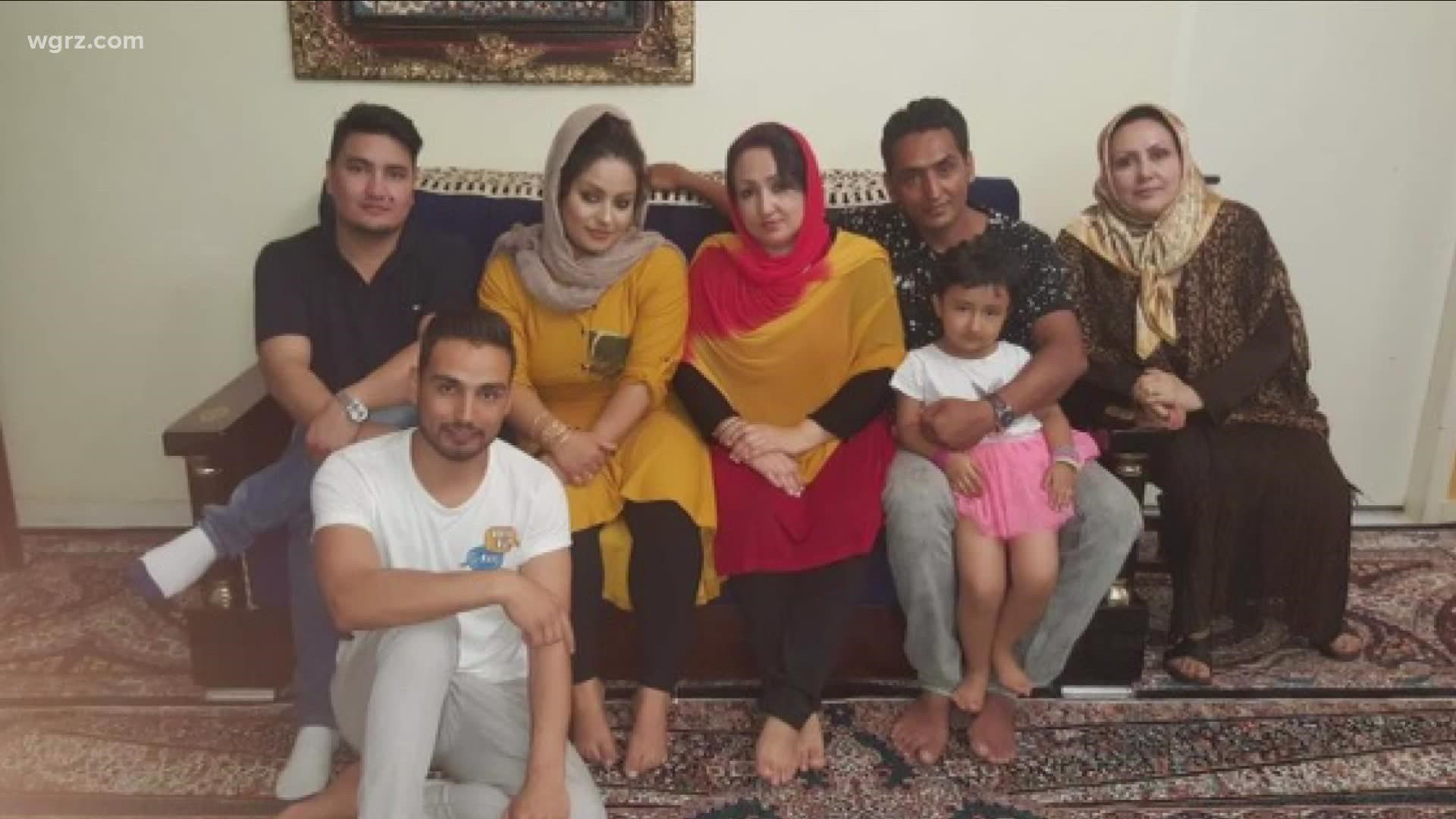 BUFFALO, N.Y. — As the United States continues to try to get Americans and refugees out of Afghanistan, it is expected that some Afghan refugees will resettle in the City of Buffalo.

Preparations are underway to make their adjustment to a new life easier.

2 On Your Side is also hearing from a local Afghan woman who still has family in Afghanistan. They are trying to flee the country.

The last time Yelda Natiq saw her family in person was nine years ago in Afghanistan. The situation in that country has her deeply worried.

She says she has talked to her family by phone.

"It was actually this morning, early morning, because their internet is kind of poor. As you know, the situation is very bad, they don't have electricity most of the time," Yelda said.

She told 2 On Your Side her family is safe and that they're attempting to flee to Iran. She says she's working with Journey's End, a refugee resettlement agency to get them here.

"I give them all the paperwork. They told me, they're going to let me know by next week," Yelda said.

Local resettlement agencies say they do expect an influx of Afghan refugees, but they're not sure when that could happen, or how many.

But preparations are underway.

"We find them housing and furnish that housing before they arrive. We meet them at the airport, we help them get their kids signed into registered in school," said Eva Hassett, the executive director of the International Institute of Buffalo.

Refugees are assisted by Catholic Charities, the International Institute, Jewish Family Service, and Journey's End. The organizations say they're always looking for volunteers and donations.

"We problem-solve together, we collaborate, and Buffalo is so lucky to have all of those agencies and the staff of those who do the work that we're talking about," Hassett said.

Yelda hopes that network can put her family on a path to Buffalo, escaping the danger.

"The situation is very bad, they don't trust. They are scared every minute. If the door is knocking, they're afraid if they came over here to kill us," Hassett said.

The Enhanced Services to Refugees program has been set up by the state.

"The Enhanced Services to Refugees program is I think New York is one of two states in the country that puts its own money to support refugees and to support the integration of refugees," Hassett said.

The population in the City of Buffalo grew by 6.5 percent over the past decade, the first time the city has seen population growth in decades.

But there has been criticism of the government's handling of Special Immigrant Visas. A group of Afghan and Iraqi refugees filed a federal lawsuit against the United States saying there have been long delays in the processing of visa applications. A federal judge agreed that refugees have had to wait unreasonably long.

The influx of refugees to Buffalo has led to population increase.

The population in the City of Buffalo grew by 6.5 percent over the past decade, the first time the city has seen population growth in decades. Erie County also saw population increase, a big part of that due to refugees resettling here.

Resettlement agencies say the most Afghan refugees Buffalo has taken in in one year is 2,000.