The Depew Police Department Fire Investigator determined the fire was caused by a faulty clothes dryer. Foul play is not suspected. 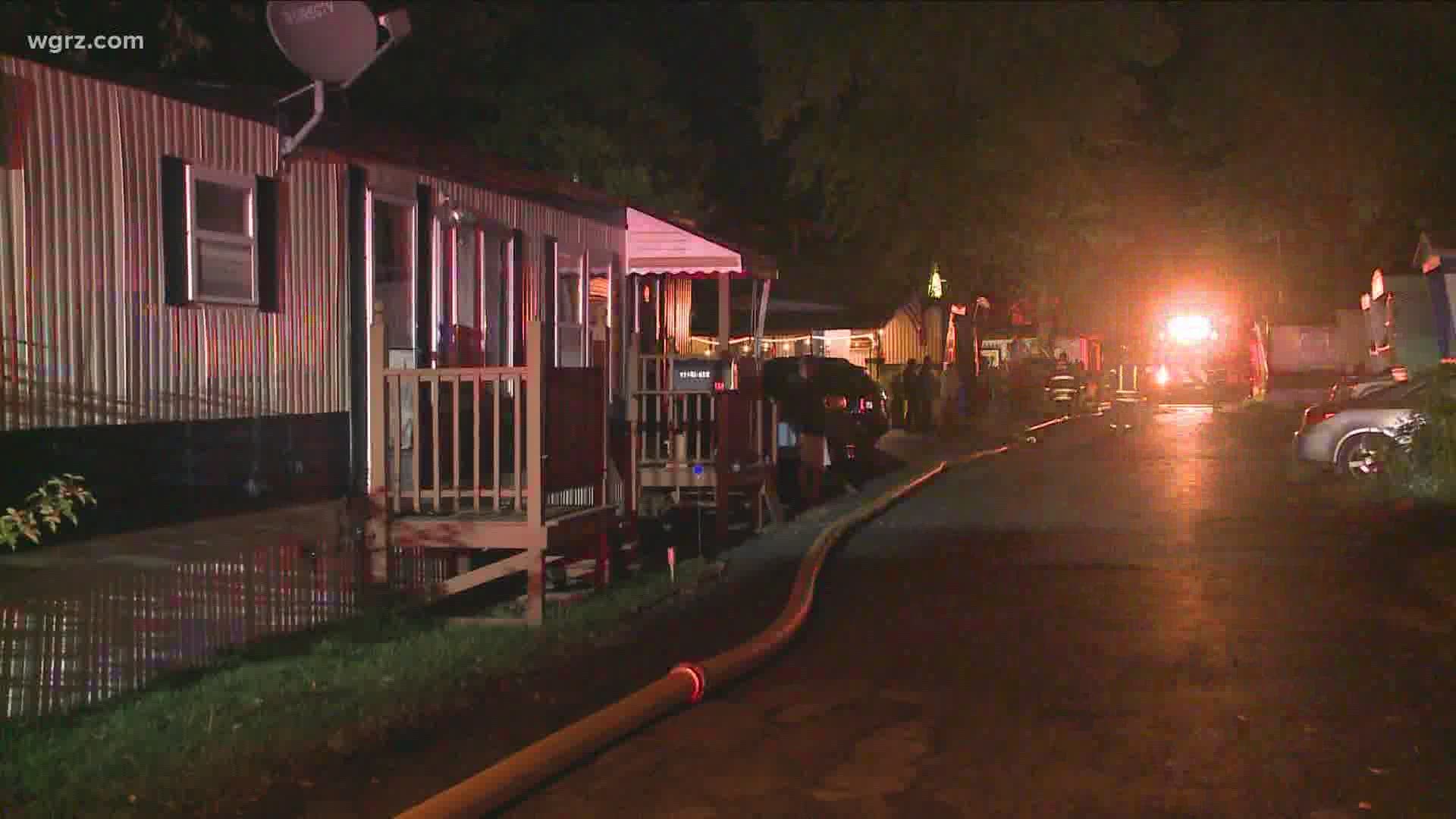 DEPEW, N.Y. — A woman has died following a fire at a mobile home park early Monday morning in Depew.

Firefighters were called to lot 46 of the Transit-Cayuga Village Mobile Home Park, located at 5910 Transit Road, just after 12:34 a.m. According to Todd Rzeszutek, fire chief of the Depew Fire Department, the owner of the residence placed a 911 call saying her trailer was on fire and she was trapped inside.

Upon arrival, Depew Police saw visible flames coming from the mobile home. Police also found a 16-year-old girl who was able to get out of the trailer with her cat before firefighters arrived.

Depew firefighters searched the residence and located a woman on the ground in the main hallway.

Firefighters were able to get the woman out of the mobile home, but say she was not breathing and was in cardiac arrest. Emergency personnel began CPR, and transported her by ambulance to St. Joseph's hospital.

Michele Ackley, 49, was pronounced dead at the hospital.

The Depew Police Department Fire Investigator determined the fire was caused by a faulty clothes dryer. Foul play is not suspected.