WNY's father of the modern Army

General Emory Upton, a WNY native, left a huge mark on the history of the US Army. 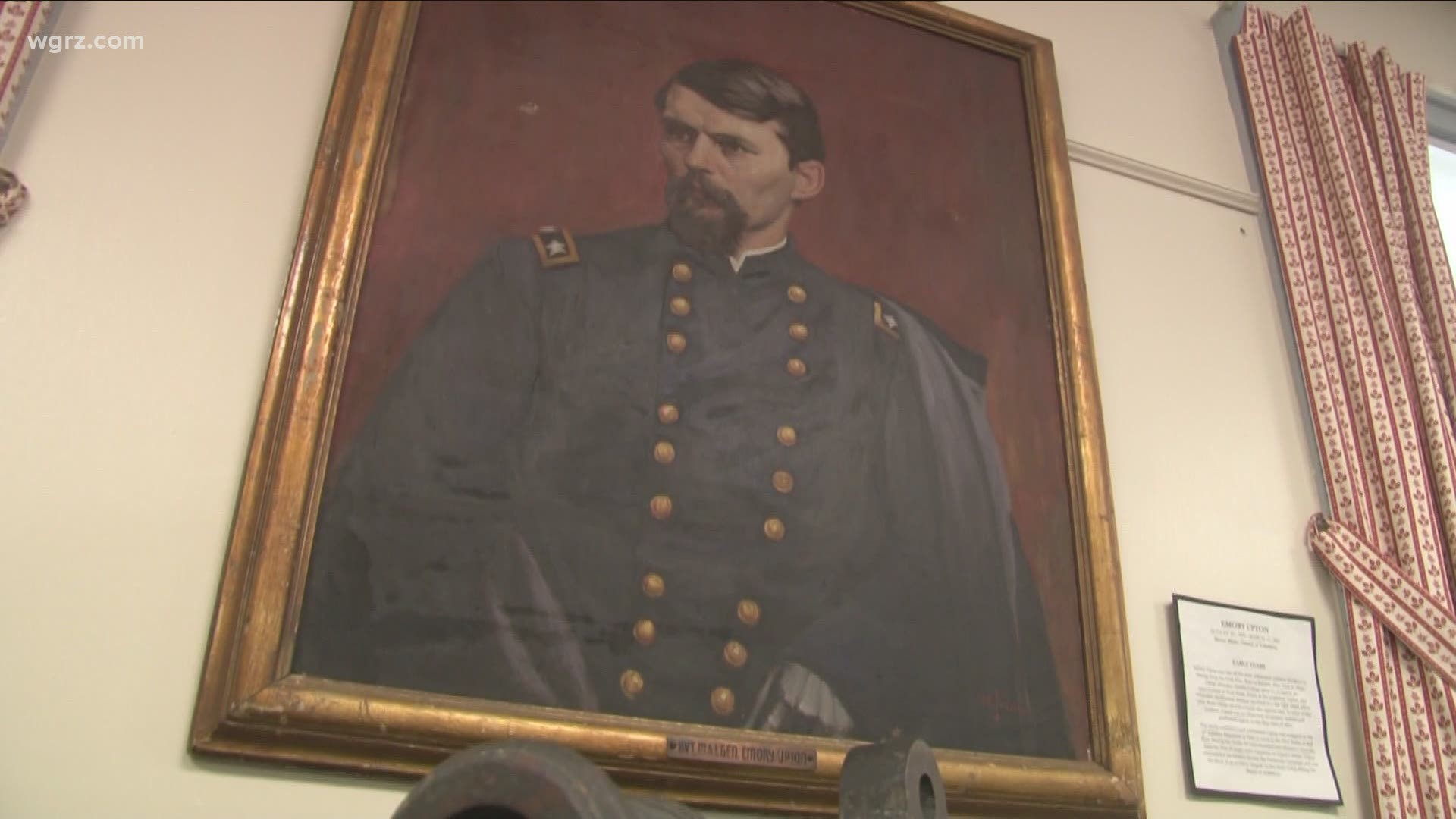 With the nation pausing this week to remember those who served on Veterans Day,  it’s important to remember a Western New Yorker and the mark he left on the United States Army.

General Emory Upton led forces during the Civil War, and as we find in this week's unknown story of Western New York, his military mind is still celebrated and remembered, in the Army, and at his alma mater, West Point

"He was referred to by many as the father of the modern Army," said Ryan Duffy from the Holland Land Office Museum. “The story begins in Batavia in 1839”

One of the greatest military minds in our nation's history was born right here in Western New York.

Upton had his sites set on West Point. In fact, he applied for admission at the age of 15. He wound up having to go to Oberlin College before being accepted as a West Point cadet.

“He graduates in May and by July he's fighting at the Battle of Bull Run, the first battle of Civil War,” Duffy said.

He is assigned to an artillery unit. During the battle, he was wounded but refused to leave the field—the first of many such instances in Upton’s career.

Two years later he is asked to command a cavalry unit.

“By 1862 he's a colonel commanding 121st New York Infantry Regiment,” Duffy said. “So he actually commanded artillery units, infantry units and cavalry units throughout the war and he's one of a very select few that was able to do that "

"They are attacking a fortified position and instead of attacking on a wide front, he got his men together in a tight column and attacked one point on the line to open it up and then exploit it," Duffy said.

"He's commissioned to write the infantry manual for the United States Army two different times and he's also commissioned by William Tecumseh Sherman to travel around the world and study the militaries of all the other major powers."

He ultimately returned to West Point as a commandant, where he did much of his writing.

"But he's also the one the first to write a military history of the United States,” Duffy said. "It was basically taken unedited from his writings."

The book was called The Military Policy of the United States, from 1775, and it was published 23 years after Upton’s death

And while military procedures and tactics have changed significantly over the past century,  Upton's stamp on the Army remains indelible.

"His influence is felt even today,” Duffy said. “They still talk about Upton at West Point."

In the last years of his life, Emory Upton suffered from severe headaches, they think he may have had a brain tumor. On March 15, 1881, he wrote out his resignation from the Army and promptly took his own life.  Upton is buried in Fort Hill Cemetery in Auburn, New York.