Students came from as far as Lockport and East Aurora to spend hours outside marching around Niagara Square. 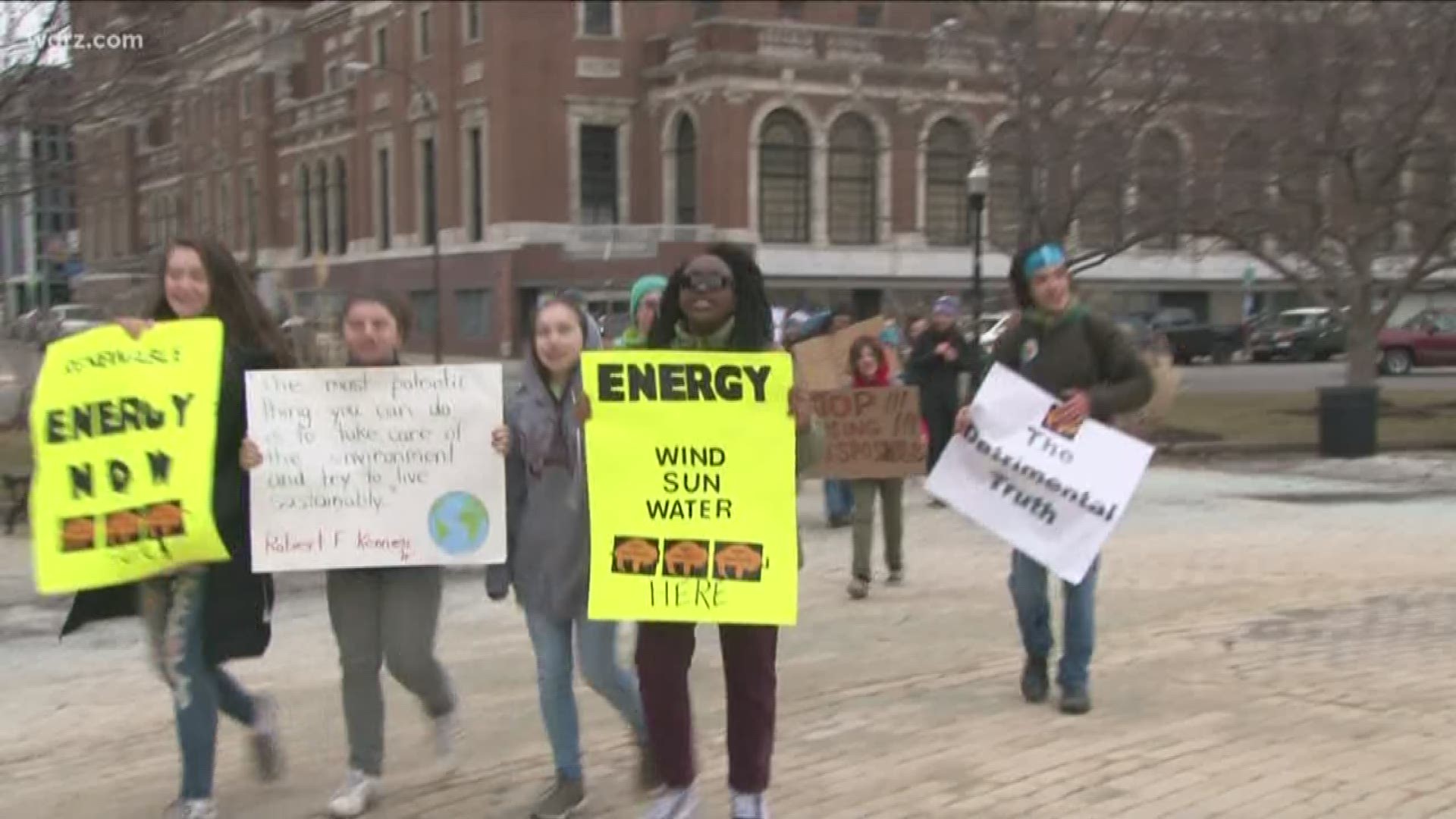 Students came from as far as Lockport and East Aurora to spend hours outside marching around Niagara Square.

Those students say they want their elected officials to take more legal steps to fight climate change. Ilyas Khan, 15, organized the strike together with Ariel Braverman, 11, over a span of 2 weeks.

"We only have eleven years to turn this around and even then the effects are going to be around for decades afterward. And It's my generation that's going to be directly affected by this. So I think that we have to be out here today right now to get politicians to notice because otherwise nothing's going to change and that's going to go on for decades more and we're going to be the ones who have to deal with that burden," said Ilyas Khan, Climate Strike Organizer.

Khan and Braveman both believe there are legal options to address climate issues and suggested lawmakers could take action by further regulating emission standards and pushing for more renewable energy. Khan believes not enough has been done to help make these things happen.

1 / 13
Karys Belger
Students from across Western New York gathered in Downtown Buffalo in solidarity with other marches happening across the country trying to fight for climate justice.