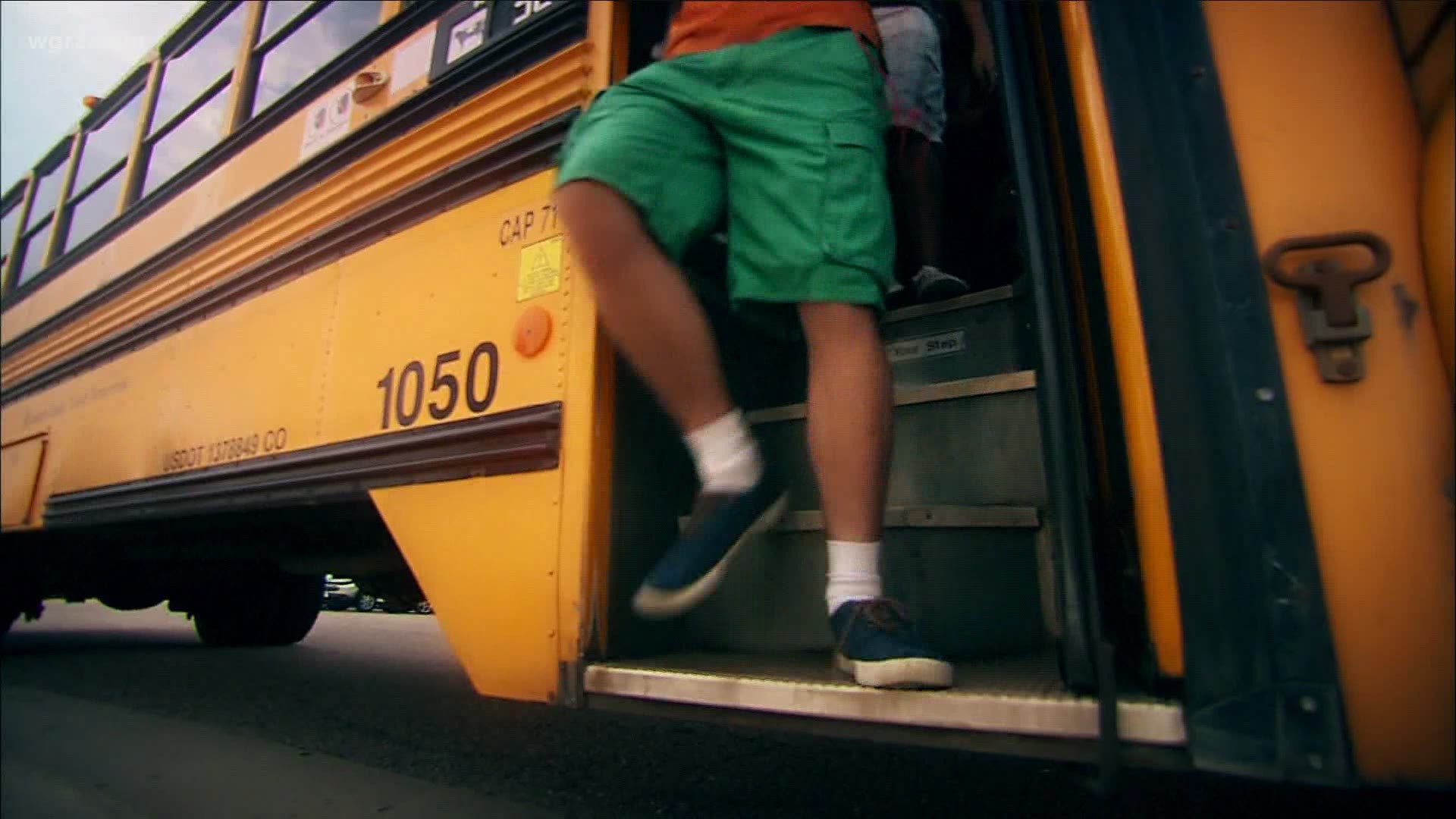 BUFFALO, N.Y. — With the crunch for school districts around Western New York to meet the Friday deadline for submitting their reopening plans to the state, there's also a rush and cost factor to make sure they are equipped with personal protective equipment or PPE and other sanitizing supplies.

The School Superintendents Association estimates that school districts across the country could spend up to $25 billion dollars on PPE and related cleaning supplies as they deal with the pandemic.

Locally the Salamanca School Superintendent Robert Breidenstein and his counterparts estimate "hundreds of thousands" of dollars in costs for them as they know they must stockpile such personal protective equipment as part of any reopening plan.

"This is going to take coordination between local school districts, our region, our state, the federal government," Breidenstein said. "We can teach children and we'll get through that but we will need some big government assistance in securing personal protective equipment."

But while Congress and the state work out budget issues, districts are turning to collaborative efforts to help get PPE and avoid the supply scramble like we saw with states, hospitals and other facilities. They got into bidding wars for limited supplies in demand in the early months of the COVID crisis. 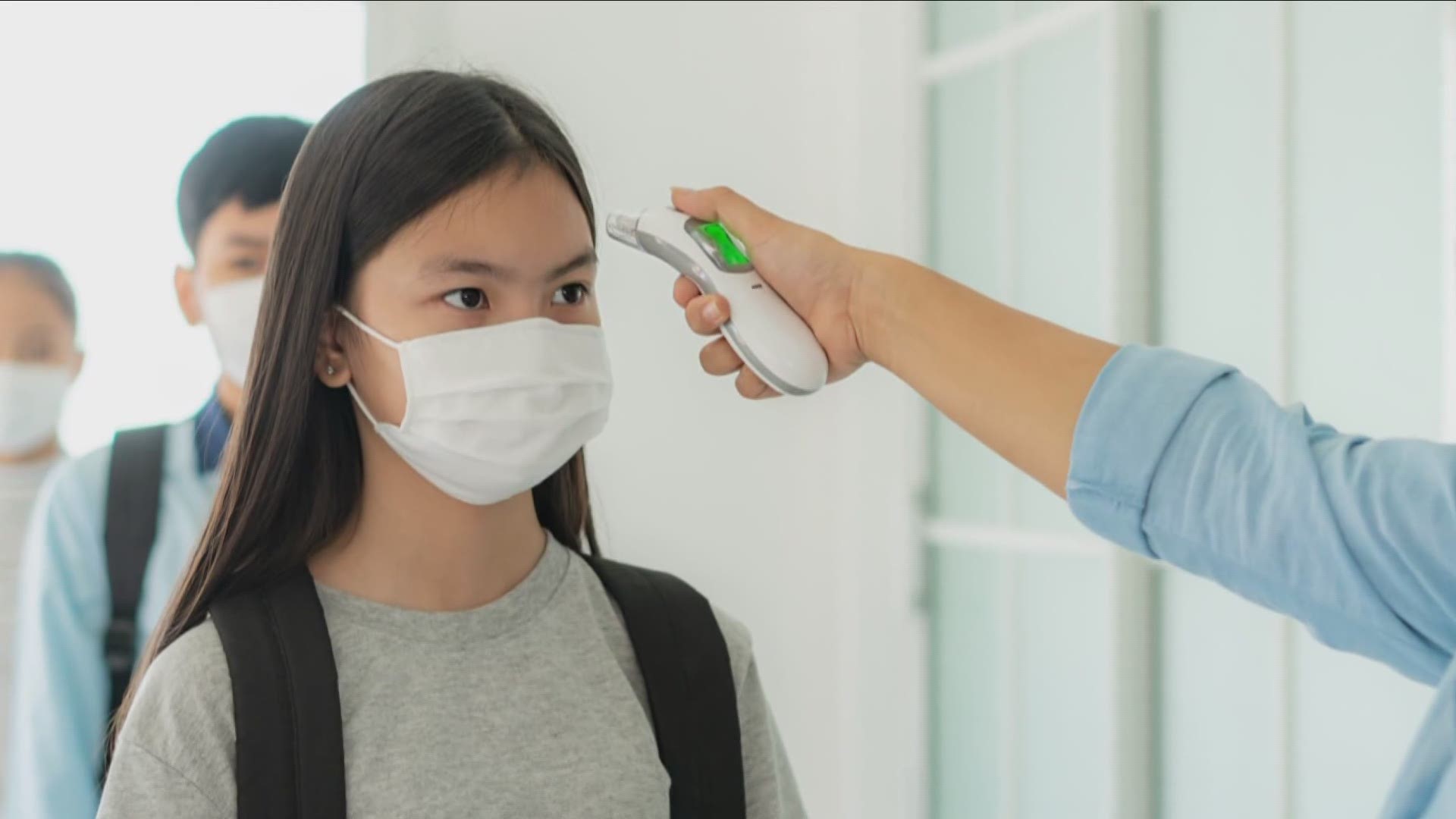 It does help that there are more suppliers now. And it turns out Orleans Niagara Boces is taking the lead to set up a cooperative bid program for 100 school districts around Western New York to make sure they get what they need at affordable prices with bulk buying power.

Orleans Niagara Supt. Dr. Clark Godshall says "We're talking about masks, face shields, thermometers, temperature scanners - all of the equipment we need to be ready to go on opening day." He estimates a figure of about $400 dollars for each person - students and staff in the district.

And Godshall says that price can be hefty for all sorts of equipment. We saw some examples last night in a slide presentation from  the Grand Island School District on their reopening plan. There are barrier shields shown around student desks and similar shields for the desks of teachers. Godshall points out we're not just talking Plexiglass anymore.

"We're still a month away and things are evolving. Like Plexiglass. There was a big shortage of Plexiglass," Godshall said. "According to the New York state building code, we can't use Plexiglass. It has to be polycarbonate so the cost goes up when you're talking about another product."

Then look at temperature scanners that might be mounted in or near the school nurse's office.

"These thermal scanners - you're talking about four to five thousand dollars easily. We have to scan everybody who comes in," Godshall said. "We have to take their temperatures unless it's done at home."

Godshall says there is another factor in the cleaning crews.

"A lot of the districts are modifying the work schedules so they can have deep cleaning. They want to make sure the staff is out of the building so they can get into the rooms. They're increasing their frequency in bathroom cleaning."

We are also told that most school districts have had to put off some equipment purchases to  make sure they can afford the PPE. It's a difficult trade-off according to Hamburg School Supt. Michael Cornell.

"We all have a budget which represents the amount we can spend in any given fiscal year," Cornell said. "So it is certainly a true statement to say that you buy certain things and you're gonna have to eventually go without buying other things. So the simple economics impact us in Hamburg like it does everywhere else."