Western New York's rich industrial history creates the perfect setting for a growing group of drone hobbyists. But these pilots don't just want to capture incredible photography; they're taking their drone-flying to the extreme. 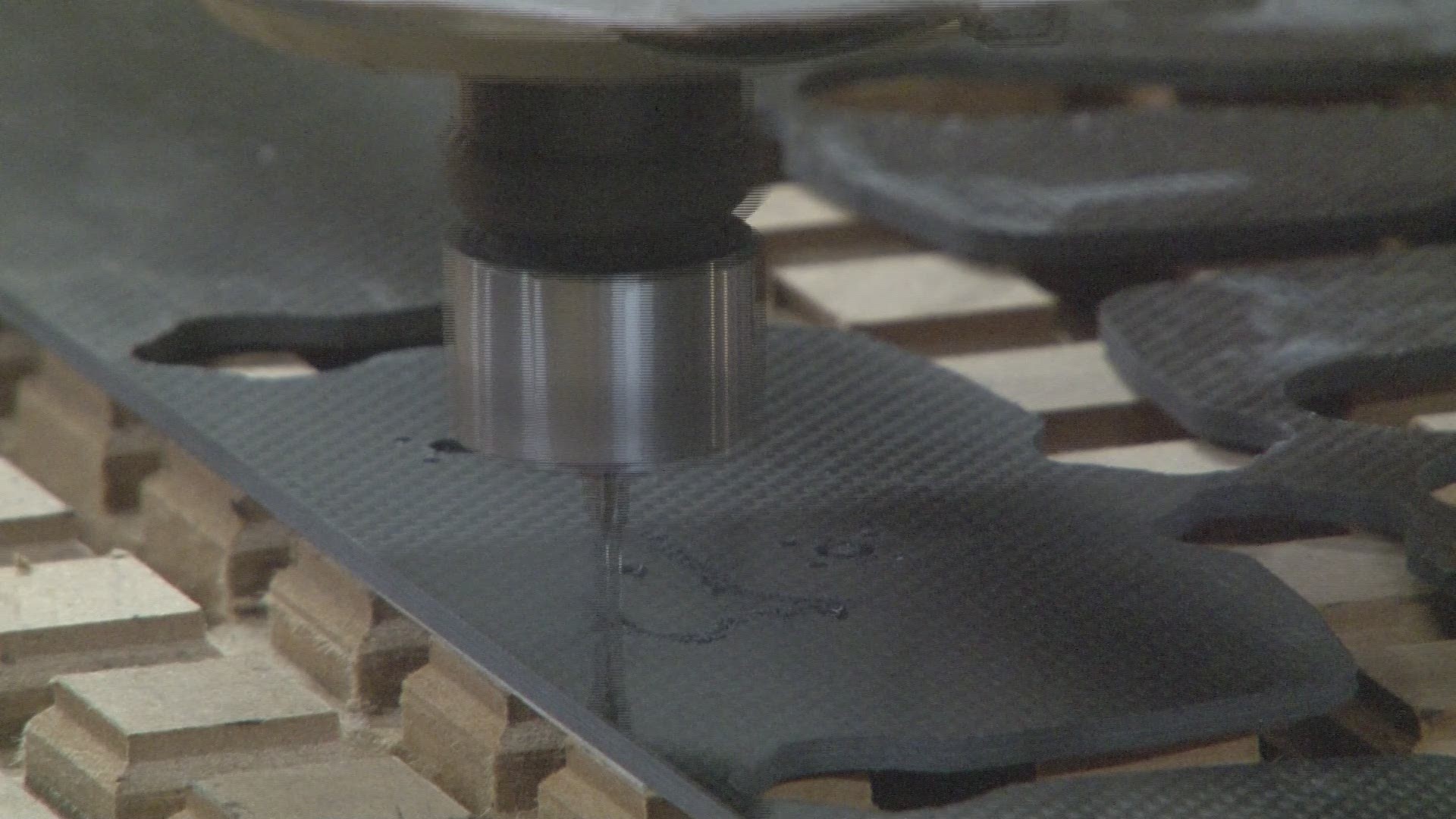 For 20-year-old Dylan Bish, it all started about 3 years ago.

It was a YouTube video shot on a drone, racing through the woods.

"When you've never seen anything like it before, and then to see this guy whose doing 60 miles an hour through tiny, 2-foot holes," said Bish, a drone pilot and designer. "I was like, 'Wow, how do I do this?'"

Like so many people have, Bish grew up playing with Legos, choosing the larger buckets without any instructions.

Bish just wanted to see what he could make, so it makes sense that eventually he'd try his luck making his own, custom drone.

"Online resources will tell you its best to build your drone, so when you crash— not if you crash, when you crash— you're very familiar with what's in there, so its easier to repair," Bish smiled.

Bish's story is just one of hundreds of drone enthusiasts in Western New York, all of whom have their own backstories and experiences and histories of how they arrived on the scene.

Bill Aumer, owner of NLFPV Drone Racing, has been trying to gather as many of these blossoming pilots together over the past few years, under the Facebook group "Buffalo Multirotor."

The group currently has more than 350 members.

But, Aumer said there are also a few members of the group whose lives have literally been changed because of freestyle drone flying.

"There's a couple of pilots in the group that have come from a background of motocross," Aumer said. "They still have that need for that big adrenaline rush."

One of those pilots, Josh Decker, has assumed somewhat of a leadership role among the group.

"Part of what I like is exploring," Decker said. "I have three dimensional exploration of this area. I wouldn't normally climb to the roof of one of these buildings, but I can scale the building in a matter of seconds and be darting along the roof."

One of the best ways pilots learn from each other is by sharing channels on their goggles. Each drone is attached to a life-streaming Go-Pro, and other pilots can tune in to learn some tricks with a front row view.

"You meet people that you really wouldn't meet, just hang out with people you normally wouldn't hang out because the hobby has such a diverse range of people in it," said Joe Jaracz, whose only been flying his own drone for about six months. "You all bond pretty quickly because you just fly."

Decker's experience takes it one step further, finding this hobby as a drone pilot might have saved his life.

"Before I did this, I rode motorcycles," Decker said. "I got in a couple of motorcycle accidents, actually. The second one was pretty bad, the third one was like 'When am I going to stop?' And having a family makes it really hard to take those risks on like a motorcycle. I was pretty reckless. But this enables me to take all of those same risks, and get the same kind of adrenaline actually, but if I crash, I just take off my goggles, and I still go home to my family."

In just over four years, Buffalo Multirotor has grown from 3 people into 350+, and that number continues growing each day.

Now, they're launching pilots into jobs with ESPN, into national racing competitions, and one pilot even got a chance to fly their drone along the Great Wall of China.