WNY man to run through every Cattaraugus County town to raise money, awareness for cystic fibrosis

Bradley Poole has cystic fibrosis and plans to run 266 miles in a week to raise money for the Cystic Fibrosis Foundation. His goal is $100,000. 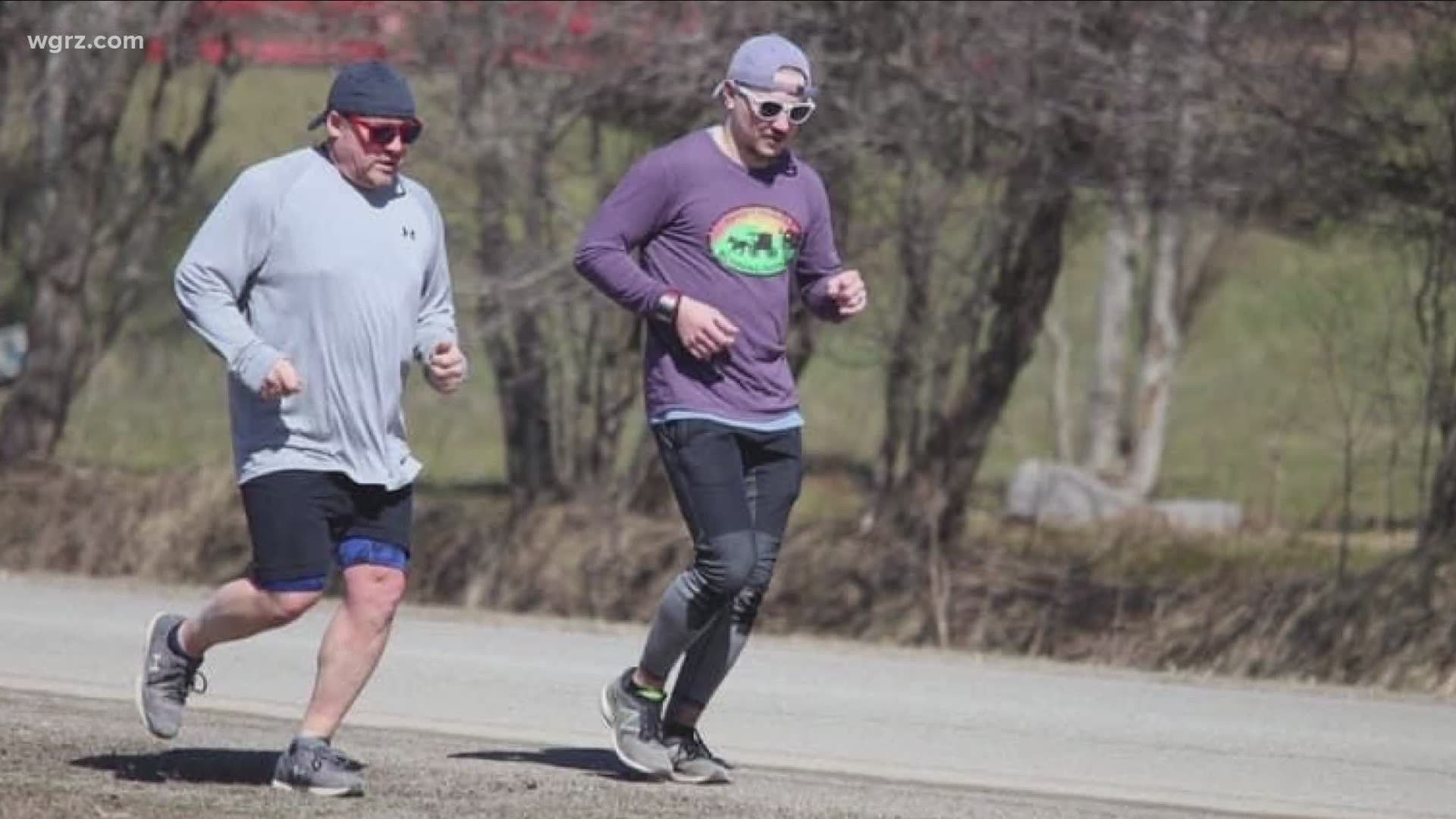 SALAMANCA, N.Y. — Running 266 miles in one week is quite a feat, and for Bradley Poole, that goal is even more impressive when you consider he has cystic fibrosis.

Poole, 32, just started running a few years ago as a way to improve his lung function after he was hospitalized.

His first race was a half marathon, and just like that, he was hooked.

His latest adventure will take him through every town in Cattaraugus County over a seven day period. He'll log 42 miles a day for six days and 14 on the final day. He will start and finish in Ellicottville.

Crazy? It depends on who you ask, but Poole is up for a good challenge.

"This year I wanted to do something that's going to challenge me, physically and mentally. You're talking about all of those hills. I like a challenge," Poole said. "I live a challenge every single day just fighting to stay alive and stay healthy.".

Cystic fibrosis is a progressive, genetic disease that causes persistent lung infections and limits the ability to breathe over time.

When Poole was a child, doctors told his parents he'd be lucky to live to age 18. He hopes his running journey will raise awareness and critical funds to further CF research. His fundraising goal is $100,000.

"It's not just for myself, not just for the CF foundation, but for everybody that is fighting this disease. I've had a lot of friends with CF that I've seen pass away, early 20s, early 30s," said Poole. "That's one of the biggest motivators that drives me to do these types of things, raise as much awareness as I can — to hopefully allow all of us with CF to be cured and soon."

Poole is a certified personal trainer and motivational speaker. He's done a number of fundraisers for cystic fibrosis, from basketball tournaments to group exercise events.

He has been training for the 266-mile run since September with his coach, Mark Wilson. He's sponsored by Ellicottville Distillery and Jamestown Cycle Shop.

Poole will start on July 5 and end on July 11. Each day will begin at about 5 a.m. so Poole can beat the heat and sun of the afternoon. His goal is to run the 42 daily miles in seven to eight hours, which is a 10 to 11-minute pace.

Fifteen other runners will join Poole at various points along the route, and his coach will run alongside him at points. Poole hopes they will all cross the finish line together.

Because of COVID-19 restrictions and limited places to stay along the route, Poole will get picked up each day when he's finished. He'll then be dropped off at that exact location the next day to begin the next leg of the run.

Poole, who was also diagnosed with Obsessive Compulsive Disorder at 28, says running has helped him both mentally and physically. He hopes to serve as an inspiration to others who are fighting their own battles.

"I want to show anyone who may be struggling just to never give up and keep pushing through. Stay as positive as you can and just keep living your life to the fullest," Poole said.

Dates/destinations for the 266-mile run:

RELATED: Roswell Park announces locations for Summer of the Ride