Regan, 32, was sick with COVID-19 in early April after coming into contact with someone who tested positive. An antibody test confirmed she had the virus. 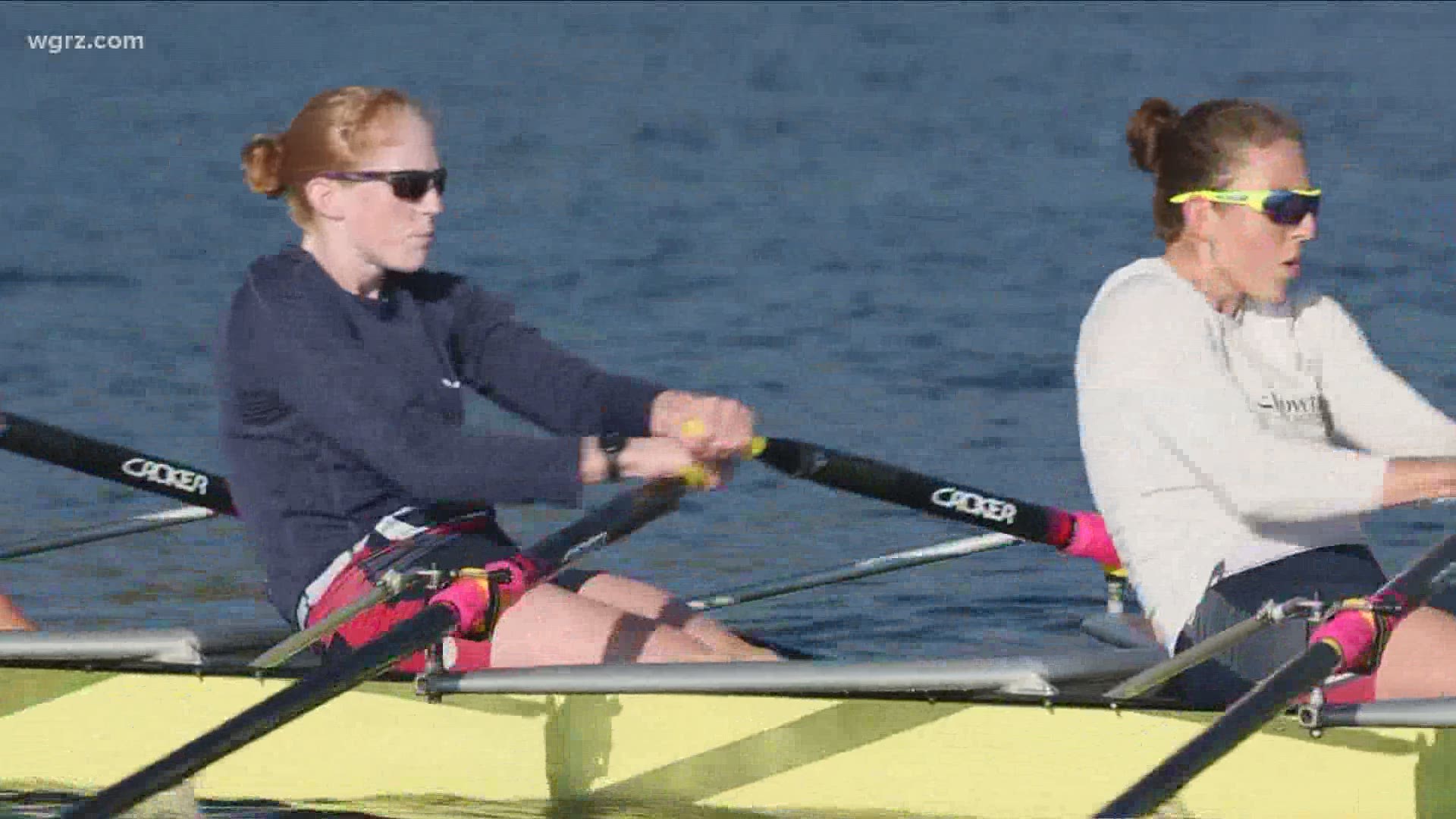 BUFFALO, N.Y. — As cases of COVID-19 skyrocketed across New York State and life as we knew it was put on pause, so too were Emily Regan's dreams of returning to the Olympics this year.

Regan and her teammates were about two months away from the final selection process to determine who would compete for Team USA in women's eight rowing.

"That definitely mentally is almost harder than physically because you're like I did this body of work this whole year and now that means nothing," Regan said. "As the years progress, you get more volume and more intensity and more stress because the end of the year goal is more important as the years progress. Now we are basically trying to redo the Olympic year for a second year in a row."

As it would turn out, Regan and her teammates would have to tackle a physical battle other than more training — COVID-19.

Regan and most of her teammates had come into contact with a USRowing employee who had tested positive for coronavirus. Regan worked with the employee when that person was not showing any symptoms. She and others were instructed to self-quarantine for two weeks, which she did.

During that time, Regan noticed that she was sleeping more and had difficulty breathing. On April 1, she noticed she had a fever. It became increasingly hard for her to walk up stairs without needing to take a break or get some rest. The worst of her symptoms lasted for just a few days.

"I had three days of really bad symptoms where I could barely get out of a chair. If I got out of a chair, I needed a nap. It was rough. I never experienced something like that. It was painful to breathe," Regan said.

Regan didn't get a diagnostic test at the time, but an antibody test later confirmed that she was sick with COVID-19.

She was private about her experience at first but recently wrote about it in a Facebook post because she wants people to know that the virus doesn't discriminate. She's a world-class athlete who considered herself to be low-risk, and she still got sick.

Fortunately, Regan didn't have to be hospitalized. About a month after she first exhibited a fever, she said she started to feel like herself again and could train more easily.

"The last few months have been trying to make up for lost time and building my fitness back up. I feel really good about the progress I have made in the last month. Just trying to stay on the upward trend," Regan said.

Regan's focus now is on staying physically and mentally strong and staying positive. She tried to find a bright side to the pandemic and having to wait another year for the Olympics.

It allowed her to come back to Western New York for several weeks and spend time with her family.

"Normally in the summer we are in the most stressful time of the year, selection, and we're getting ready to be racing the most competitions of our year. It's very stressful, so I am trying to take advantage of this sort of borrowed time, bonus time and think of it as a positive," Regan said.

Now that she's feeling better, another intense year of training and competitions are ahead of her.

"I am hoping that we will just be a way better team next year than we could have been this year because we have the extra time," Regan said.

RELATED: Tokyo Olympics must firm up $3.3 billion in sponsor income