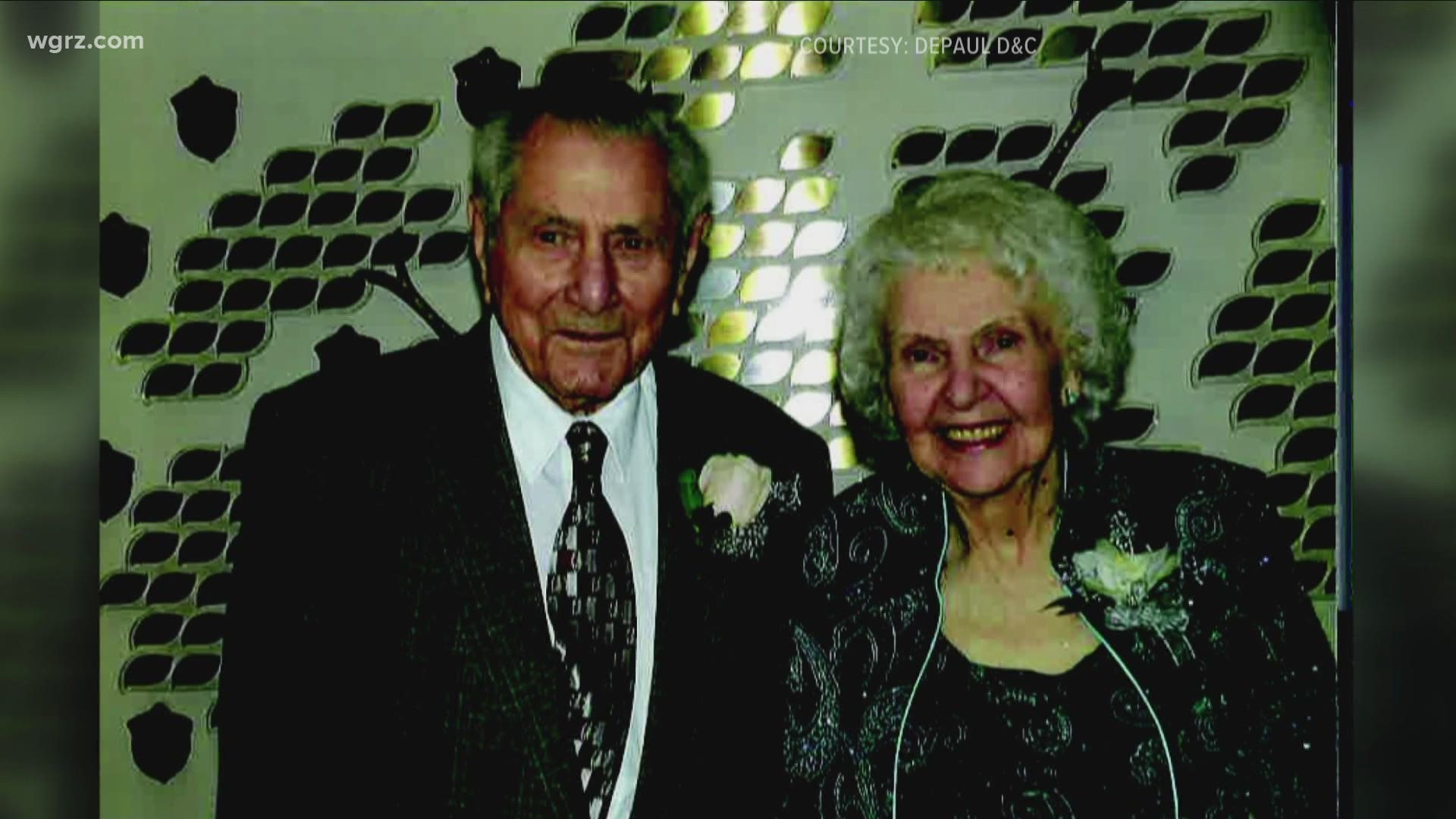 Edward and Theodora Maguder first met when Edward went to the old Sattler's Department store on Broadway more than 69 years ago. Edward was returning a shirt when Theodora caught his eye.

Theadora knew Edward from school, but Edward didn't know who she was at the time.

"I knew she stopped working at nine, so I waited by the employee entrance for her to off work so I could talk to her more," he said in a press release. "I met her almost every night after work after that."

The Maguder's were married May 5, 1951. They have five children, 13 grandchildren and eight great-grandchildren.

While the two are not currently living together, Edward is living in the Glenwell Senior Living Community in Cheektowaga and Theadora is living at the Garden Gate Health Care Facility, they still celebrated their anniversary together.

Staff at Glenwell helped Edward send Theadora a card and flowers and they were able to be together during a FaceTime call.

RELATED: Warsaw man recites vows to wife through her window for 50th anniversary