WNY colleges and universities appear to have something in common: ghost stories 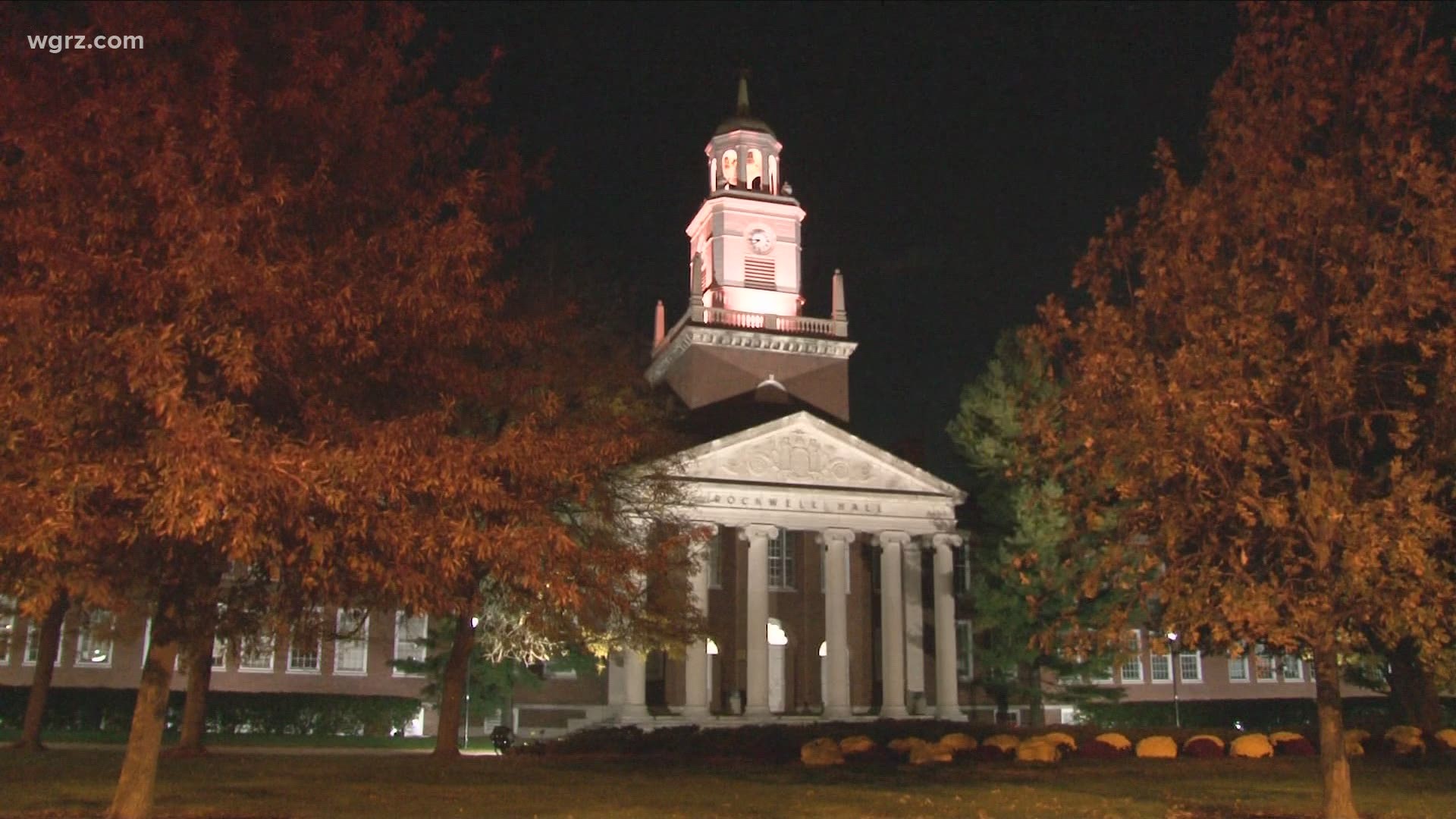 It seems every campus has one. At Buffalo State College, it is Rockwell Hall.

A building full of history, which includes stories of spooky spirits

“Rockwell Hall it's the most obviously monumental building on the campus of Georgian revival and it might be built in the shape of a cross," says Mason Winfield, a noted paranormal historian and author. "But Rockwell hall is the home of a little girl ghost."

No one knows what the little girl ghost wants or who she may be, but Winfield says his research shows she is quite active.

"Rockwell Hall's little girl ghost is associated with physical pranks so whatever is causing the physical phenomenon over at Rockwell I can't tell you," he said.

In the halls, in the theater and in places inaccessible to the public.

"They'll have rooms blocked off and nobody's in there and people hear noises in fooling around in the close calls I've always appreciated those kinds of stories," Winfield said.

One of the most well-known is on the Fredonia campus. It involves a residence hall and a popular student who passed away in a fishing accident on Lake Erie in 1970.

“Everybody came back to school with no Jimmy and everybody was really sad about it,” Winfield said. “They had this big hall [and] these halls of needed names and they decided to name the wing he was going into after Jimmy Igoe with Igoe hall.”

He said that ever since the building was named, people assumed it was haunted. But stories of slamming doors, changing channels on tv, turning lights on and off, playing with water in the bathrooms and messing around with the elevators have been told by generations of Fredonians.  Mason says it could be Jimmy, but there may be another explanation that goes back centuries.

“Fredonia the campus of SUNY Fredonia appears to be very near, if not right on top of, two ancient Native American birth works.”

Sacred grounds of ancient peoples that are occupied by students of today.

"Religious sites everywhere tend to pick up visions,” he said.

Over at UB’s city campus, Hayes Hall seems to be the center of spooky lore. Once again, stories of today with ties to yesteryear.

"it's it had quite a past. The insane asylum, poorhouse, hospital, burying ground," he said.

And Winfield says that type of history often resonates through the ages. One involving an instructor who was one of those skeptics. That is, until a Hayes Hall encounter of his own.

"I have stories from people who don't believe in ghosts," Winfield said. “He recognized her she was a former patient of is that she has died years before and he saw her back at Hayes Hall.”

Back at Buffalo State, Dunbar says these stories, whether you believe them or not, are part of our collective history.

"I think with buffalo being as old as it is it's sort of fun around Halloween to start thinking about the people that used to inhabit the buildings.”