After questioning by (so far) three different federal authorities, Michael Caputo was seeing his legal bills climbing so high, he was convinced he's be force to sell his home and move out of WNY. Then, he started a GoFundMe page. 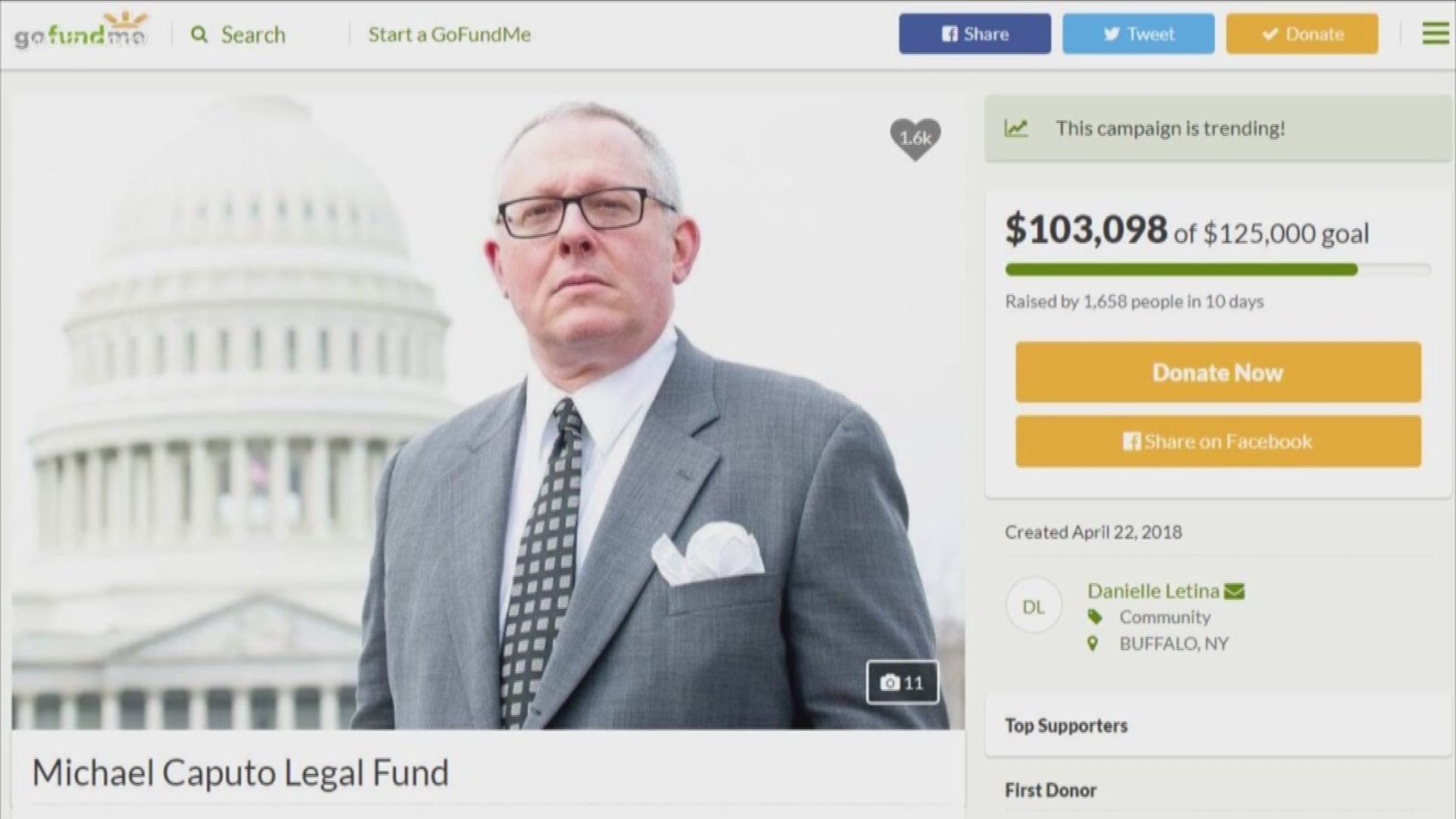 His wife and two young children were there to greet him returning from another trip to Washington. Reason enough to smile. Another is his growing legal defense fund which stands at over $100,000 and continues to grow.

“I think a lot of that came from the people of western New York, at least the first thirty or forty (thousand) did and the people of America stood up with them," says Caputo.

The East Aurora native started a public fund-raising effort ten days ago. Caputo, by his own account, is facing somewhere in the neighborhood of $125,000 in legal bills connected with a battery of questioning from multiple federal authorities.

Yesterday, FBI agents working with Special Counsel Robert Mueller questioned Caputo for over three hours. Mueller is running the criminal investigation on Russian meddling in the 2016 presidential election and whether the Trump campaign had anything to do with it.

It's logical why authorities would want to talk with Caputo. In the 1990's he worked for the Kremlin in Russia and he has a long association with Donald Trump including a stint on the future president's 2016 campaign.

But Caputo insists he saw nothing to suggest the Trump campaign knew anything of Russian efforts to influence the election.

Early on, Caputo hired an attorney, former federal prosecutor Dennis Vacco. That was almost a year ago. And before the fundraising effort the mounting legal bills had him considering a departure from his native East Aurora.

“We were starting to buy boxes, start sorting through our stuff. We really thought we were on our way out of town but maybe we won’t have to,” says Caputo.

The GoFundMe account is not the only money coming in. A legal defense trust fund has also been set up, administered by longtime local Conservative Party chief Ralph Lorigo. Checks have been arriving at Lorigo's law offices although no total has been disclosed yet.

Caputo credits much of the fundraising surge to a recent mention on Rush Limbaugh's radio show and blog.

And while some of the financial pressure is off Caputo, today he disclosed he's been contacted by Democratic members of the Senate Judiciary Committee who may also want him to appear.