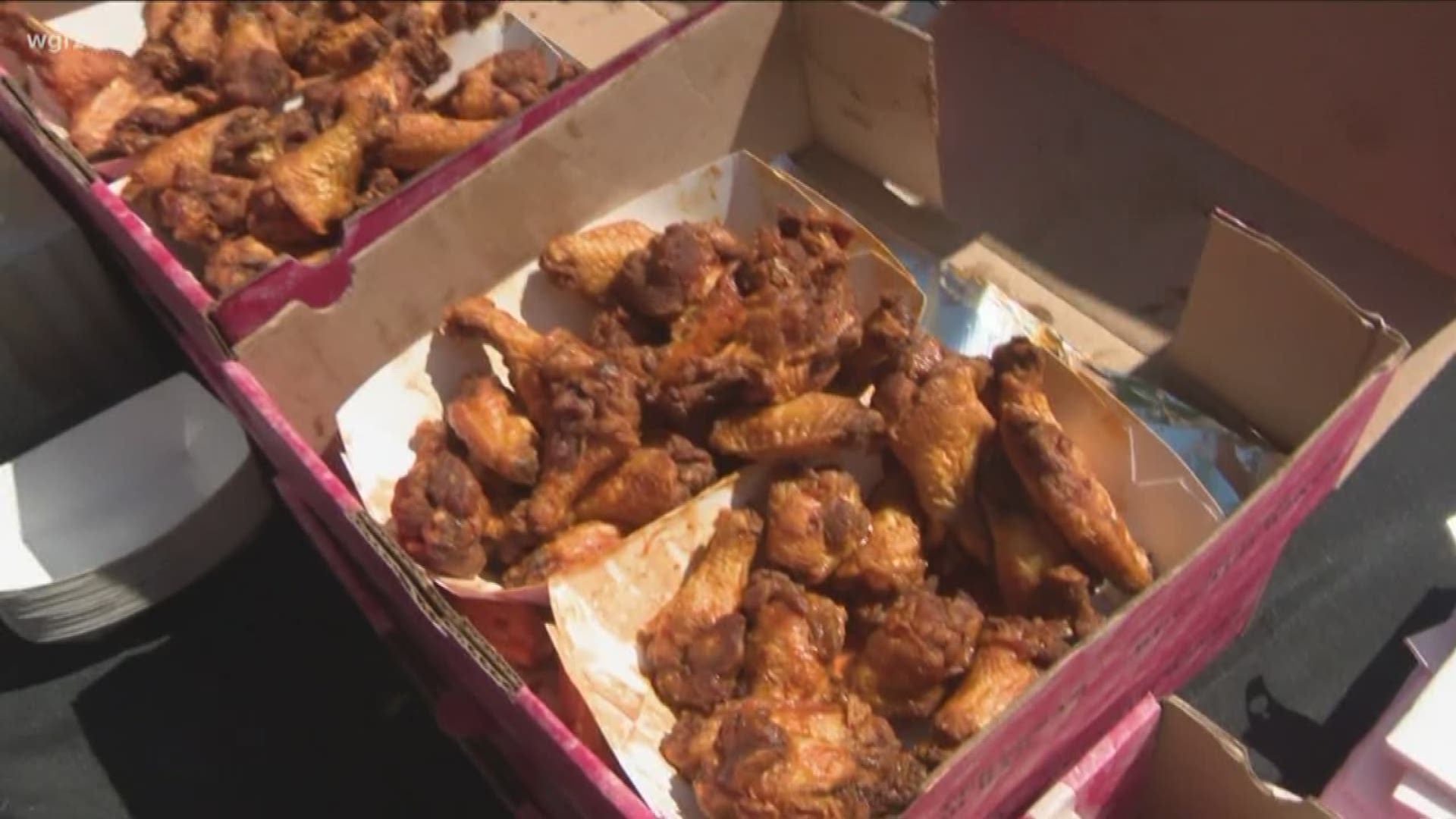 BUFFALO, N.Y. — Labor Day is near, back-to-school season is in full bloom, and so is the return of another Buffalo tradition, the National Buffalo Wing Festival.

Restaurants from as for as London, England and the U.S. Virgin Islands are participating in the 2019 Wing Fest. Festival organizers are scheduled to announce more restaurants and details of festival at the kickoff party.

Six-time wing eating champion Joey Chestnut is expected to defend his title, which he has successfully done five years in a row, in the 2019 competition.

To date, the festival has had nearly one million attendees, five million wings have been consumed, and $365,000 raised for charitable causes, according to the festival website.

2 On Your Side's Scott Levin recently sat down with the "Wing King," Drew Cerza, to talk about the festival, how it got started, and how he became king. You can watch that video below:

Wing Fest, entering its 17th year as an acclaimed international festival returns to Sahlen Field in downtown Buffalo from August 31 to September 1.

For the full listing of restaurants participating in the 2019 Wing Fest and plan your weekend, visit the festival website.

RELATED: Here's how you can win free Bar-Bill wings for a year