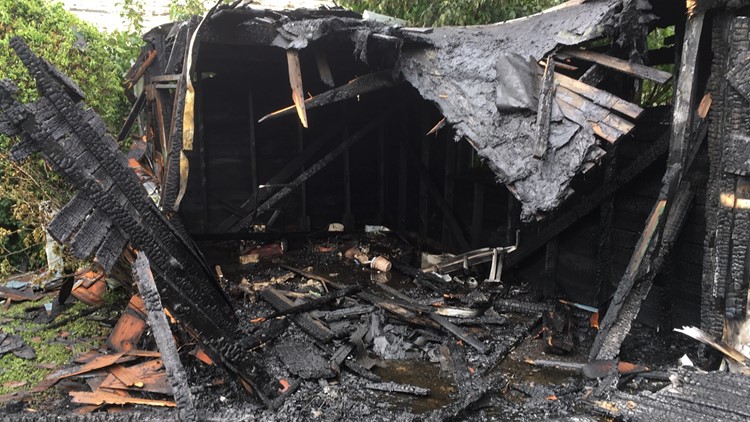 Photo by: WGRZ
Lightning struck this a house on McKinley Avenue on Friday afternoon.

The owner of a home on McKinley Avenue says lightning struck her garage and started on fire. Firefighters were able to put the fire out, but the garage was destroyed.

In the City of Tonawanda, people reported winds causing havoc with tents while at Canal Fest and in nearby parks.  A viewer sent us a photo of a trampoline that was blown into the trees on Hackett drive.

Viewer photo from Tom Latacki on Hackett Drive in the City of Tonawanda.
WGRZ
Tents were blown over during Friday's storm at Canal Fest.
Wendy Coyde

In Niagara County, Royalton Center Road was closed because of downed wires in the area.

Another 2 On Your Side viewer sent us a photo of roads flooded in Olean.