Students injured and killed at bus stops in recent days have many concerned parents in Western New York wondering what's being done to protect their kids from this kind of danger. 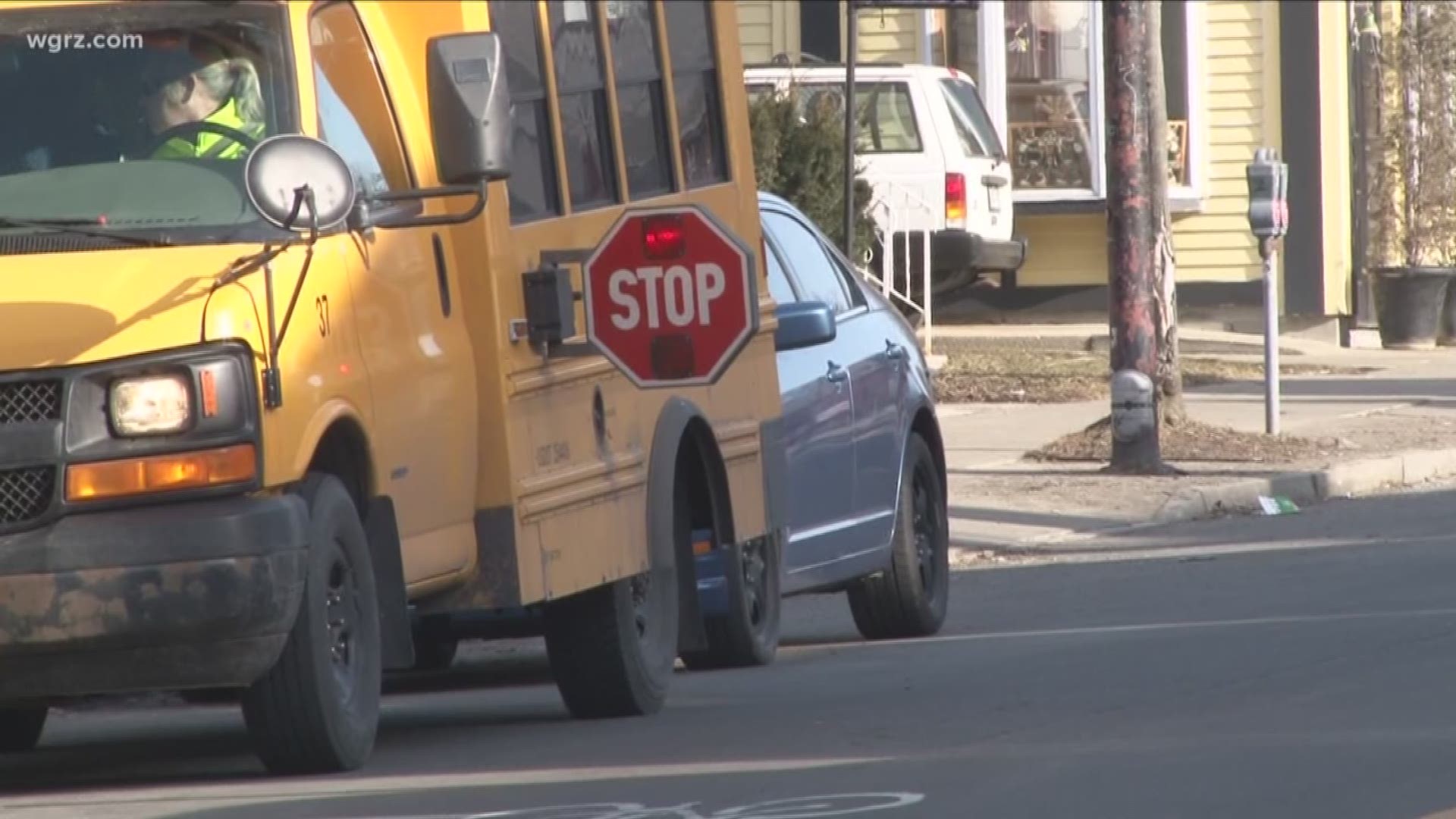 BUFFALO, N.Y. - 2 On Your Side checked in with Senator Cathy Young to find out what happened with the School Bus Camera Safety Act this past legislative session.

"It needs to change," said New York State Senator, Cathy Young. "They need to pass the bill next session."

Sen. Young is talking about the School Bus Camera Safety Act. She sponsored and introduced the senate bill in 2017. The senate voted to pass the legislation in June 2018, but it stalled in the assembly.

There was also a companion bill sponsored by Assemblyman William Magnarelli and introduced in the assembly in 2017, as well. But that also had very little momentum.

It spent several months with the transportation committee. It eventually did get through, but was immediately referred to the codes committee. Members of that committee tell 2 On Your Side they never had a chance to look at it this past legislative session. Because it didn't pass, the bill may have to go through the whole process all over again, come January 2019.

"There were many ways that this bill could have been passed by the assembly," explains Cathy Young. "And the other thing is the senate tried to negotiate a bill that had a lot of these issues in it, at the end of session, and the assembly and the governor didn't want to negotiate at all."

"Sometimes it takes tragedy to motivate lawmakers to take action," said Sen. Young of the students recently injured and killed. "These are terrible instances, but I'm hoping that they will actually consider what has happened and that they will do the right thing."

If signed into law, the School Bus Camera Safety Act, would allow school districts and school bus companies to install motion activated cameras on the outside of buses to capture images of vehicles that drive past stopped buses, which is against the law.

In New York state alone, Young says on average 50,000 people do this every single day.

Under current law, drivers can be ticketed only if an officer witnesses the violation. Advocates for school bus cameras worry that there are few other deterrents out there.

2 On Your Side reached out to First Student which has a fleet of more than 40,000 school buses in the U.S. and Canada.

"It's a concern for first student, but really for the entire industry," said spokesperson, Chris Kemper. "It's something that our drivers see virtually every day. The number is in the millions in a given school year. And that's just unacceptable."

The first-time fine for illegally passing a school bus ranges from $250-$400, 5 points on your license, and possibly 30 days in jail.

If the bill passes next year, drivers who are caught would still have to pay the fine, but won't get any points; something advocates say not only saves drivers money, but could also save lives.