Will New York's DMV pro-rate if you upgrade to Real ID?

The question came up a lot on WGRZ's social media pages: Will the New York State Department of Motor Vehicles pro-rate the cost of a Real ID? We got you an answer. 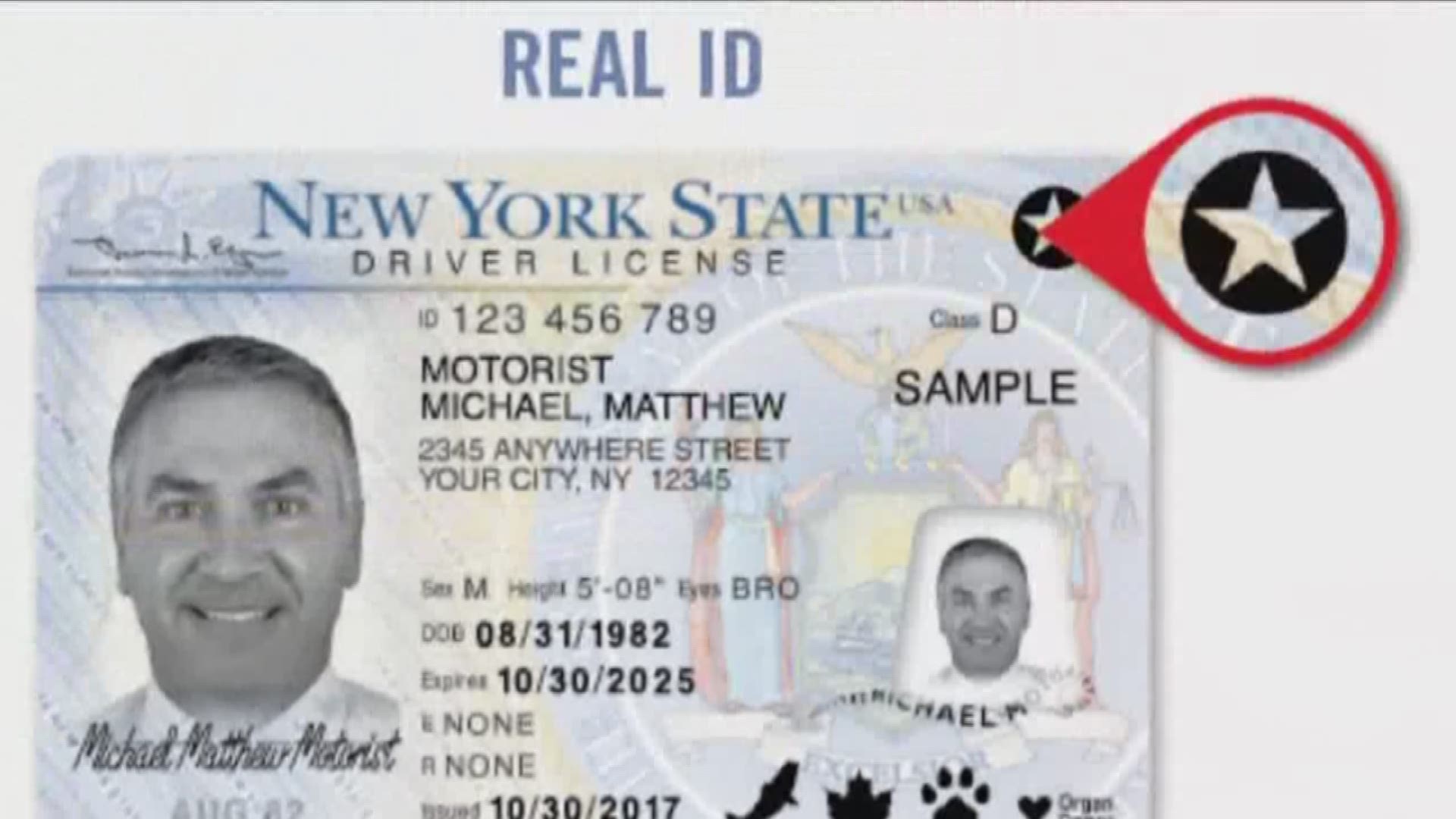 BUFFALO, N.Y. — A question that came up a lot on our social media pages is: Will the New York State Department of Motor Vehicles pro-rate the cost of a Real ID if you recently got a new license and you have several more years before your standard driver's license expires.

The answer is yes...in some circumstances.

A DMV spokesperson tells 2 On Your Side if you still have more than a year before your license is set to expire, you can upgrade to a Real ID for just $12.50. However your expiration date will stay the same.

If, for instance, there are 5 years left before your license expires, and you choose to upgrade to a Real ID for the full eight years, they would pro-rate the cost so you'd only pay for the extra three years.

If it's less than a year before your license is set to expire you'll have to pay the full cost for a Real ID which is about $65.

"I know a lot of people think well October 2020 sounds like a long time away," said Theresa Egan, Executive Deputy Commissioner of the DMV, "but it's really not. And we've been really trying to encourage people, especially that are coming up for renewal, in their normal cycle time, to take advantage of this opportunity and get the Real ID now."

The Real ID Act is part of post September 11 legislation, to establish minimum security standards for driver licenses, permits and ID cards issued in all 50 states.

As of October 1, 2020 federal agencies, like the TSA, will only be able to accept Real ID's, U.S. passports, and enhanced driver's licenses as forms of identification...even if you're flying within the United States.

The New York State DMV started issuing Real ID's in October 2017. So, there's a chance you may have one already.

The Real ID is easy to spot. It has a star symbol in the upper right corner of the ID card.

The standard New York State driver's licenses issued after October 2017 say "Not for Federal Purposes" in the upper right corner.

Enhanced ID, is marked as such, and has a U.S. flag emblem in the lower right corner.

How much does it cost?

The cost for the Real ID is the same as getting a new standard license or renewal. A basic class D driver's license in the State of New York costs about $65.

Unlike a renewal, which can be done online, you do need to go to the DMV to apply for a Real ID. Per federal regulations, you will need to take a new photo.

"To get a Real ID or an enhanced license it does require an office visit. And it does require to be recertified," adds Theresa Egan, Executive Deputy Commissioner of the New York State DMV. "So, many of those proofs that people have brought in initially to get their license...have to be brought in again."

What documents should I bring to the DMV?

Because this new form of identification meets federal standards, there are much more strict requirements to prove your identity. For instance, you need to present a government issued document, such as a social security card, a birth certificate, or U.S. passport.

That document must have your full legal name, and that includes your middle name...no nicknames.

Can you bring photocopies?

No. They want original documents that show current information, nothing outdated or expired.

And if you're presenting proof of residency, no P.O. boxes.

Is the Real ID mandatory?

No. If you still have a number of years on your standard license past October 2020 before it's set to expire, you can keep using it.

The standard ID will still be accepted as identification for most things like driving, voting, and applying for federal benefits.

What does this mean for children going through TSA?

In terms of traveling with children under the age of 18, the old rules still apply. Children will not require ID if they're traveling with an adult. However, that adult will need acceptable identification as of October 2020.