Some district employees asked 2 On Your Side why a superintendent making nearly $300,000 a year has been almost invisible. 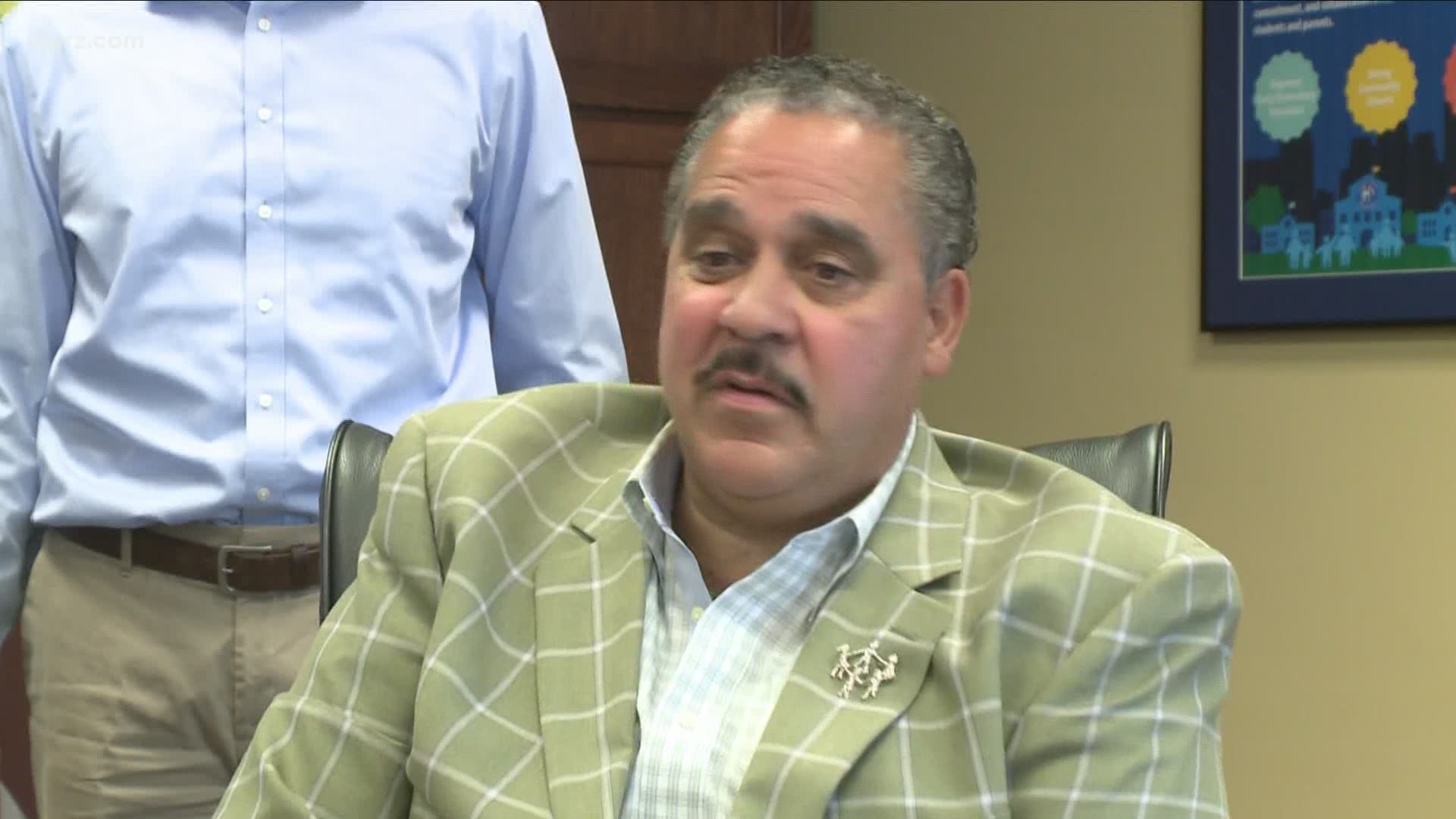 BUFFALO, N.Y. — One face we have not seen in weeks at a local school event is the superintendent of the Buffalo Public School District. Some district employees have asked 2 On Your Side why a superintendent making nearly $300,000 a year has been almost invisible.

The Buffalo Public School District is the largest school district in Western New York, and the superintendent’s home is on Martha's Vineyard.

Many have been asking where is Superintendent Dr. Kriner Cash?

"Will he have a presence, will he actually speak to the parents, to the teachers — because as you know, he's the top and his face is important," asked Ewing.

"He is, absolutely," Brown-Hall said. "And he will be speaking with the stakeholders he will be holding those town hall meetings."

But some district employees and parents haven't seen Cash in months, not even at small graduations.

2 On Your Side reached out to the school board president Sharon Belton-Cottman who said, "Anyone that is working presently for the Buffalo Public Schools needs to be inside our city — all hands on deck and moving forward. Does that mean that the work can not get done if someone is not here — no that's not what that means. But I just think that for the optics and for our people to be comfortable we do need to have the superintendent back in Western New York, which he is off of his vacation."

It should be noted that with COVID-19, many people have decided to stay in one place.

"The superintendent is allowed to have vacations like everyone else and so he has come back from his vacation," Belton-Cottman said. "It was taken during the month of july he is in Western New York."

And Belton-Cottman says while Cash was on vacation he worked.

"There were staff meetings daily typically his day starts at 7:30 a.m. and ends at 7:30 at night," she said. "So even though he was not in the district he was still working."