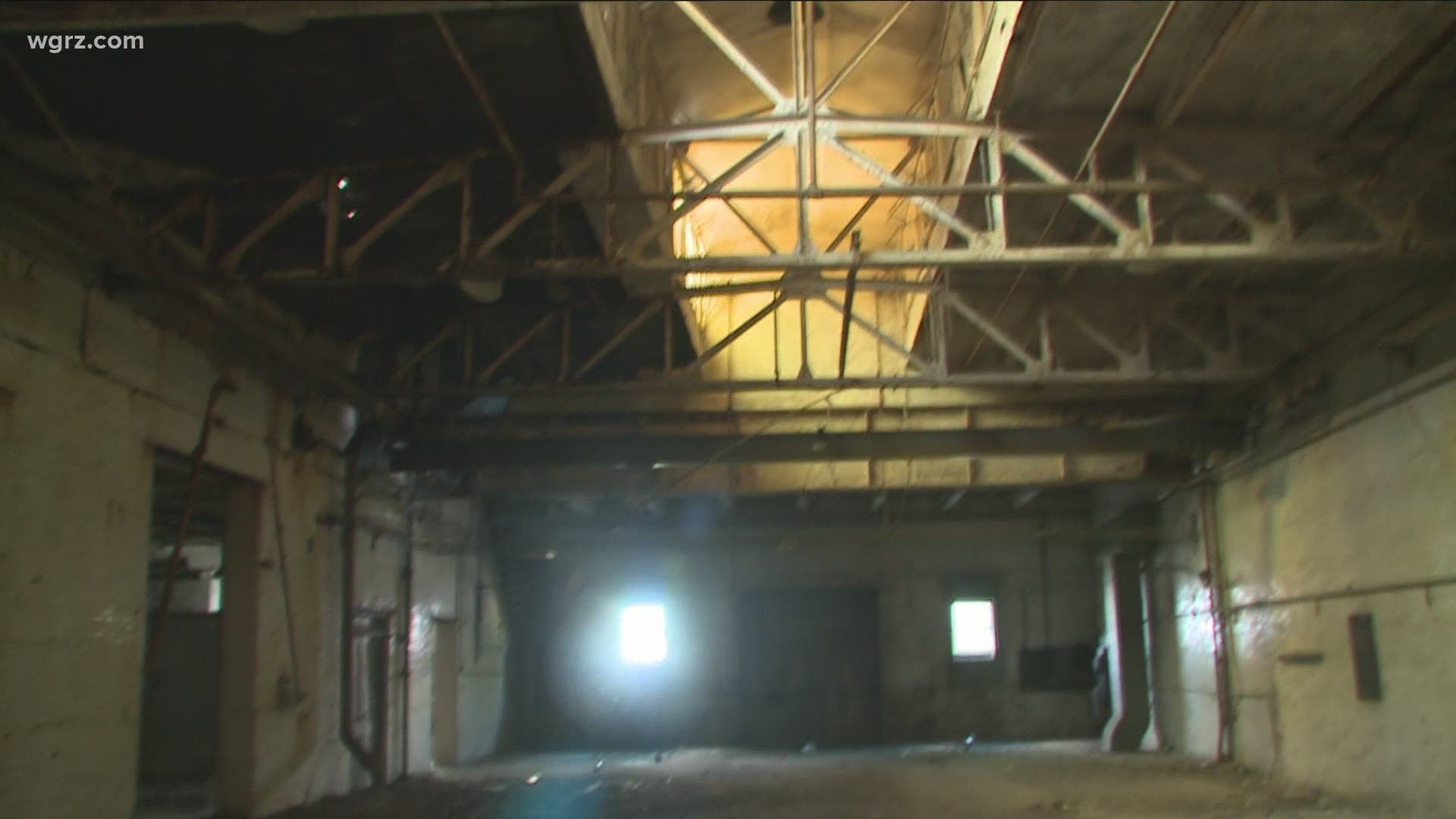 BUFFALO, N.Y. — Two years ago Buffalo Brewing Company was awarded $516,000 in Buffalo Billion II funding, to redevelop a historic brewery, that dates back to 1899, just a few blocks from the Broadway Market. Owner John Domres Jr. is hoping to build a future, by restoring a legacy.

This plan has been a long time coming. When John and his wife Heather were scouting places to open Buffalo Brewing back in 2010, 662 Fillmore was the second place they toured, but John says it was by far, their first choice. "The building's been neglected since the 60's. It's pretty much had no love paid to it at all. But the history here, you can feel it when you walk in, you not only can feel it you can see it."

However, they just could not make the finances work at the time. Fast forward 11 years, the pieces have fallen into place and John has started the process of resurrecting the Schreiber Brewery, one of the last existing structures in Buffalo that housed a brewery back in the Queen City heyday of beer making a century ago.

One of the building's centerpieces is the mural room, which once featured a series of paintings depicting beer through the ages. It is believed to have been a tasting room of sorts. Once completed, the complex will house the new Buffalo Brewing production facility, tasting room and restaurant, warehouse space, and also a brew-seum in the old Schreiber offices.

And John has already begun the process of Schreiber's resurrections, brewing several beers, using Schreiber's original recipe and artwork on the cans. One of those beers is named King Manru, after a play written by Ignacy Jan Paderewski, the namesake of a nearby street, and an homage to the surrounding neighborhood.

For John, this project is as much about helping to develop a neighborhood as it is about making beer. "Anthony Schreiber was a huge benefactor for Broadway-Fillmore. Not only did he build this brewery, he had taverns all throughout the city. But a lot of money, a lot of his wealth went back into the neighborhood funding things like the Adam Mickiewicz Library, helping with other taverns, you know, and employing people."

John hasn't set a firm target date for completion, but he expects the project to take about 3 years to complete. In the meantime he will continue to operate buffalo brewing out of the Myrtle Street location over in the hydraulics neighborhood near Larkinville.