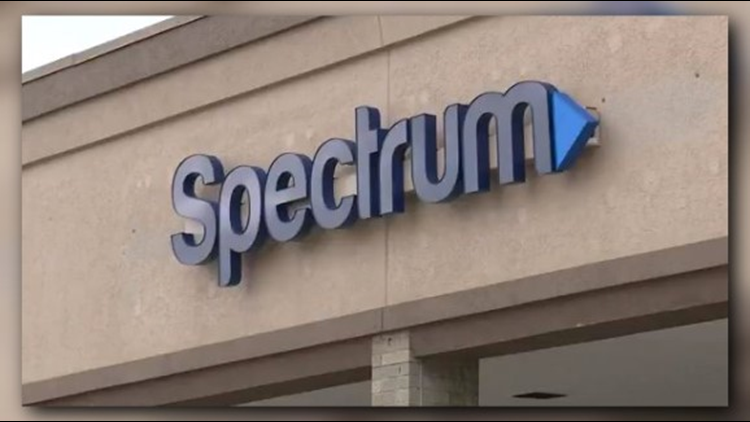 What NY booting Charter Spectrum means for you

ALBANY — New York regulators are giving cable giant Charter Communications 60 days to come with a plan to exit the state, but it likely won't have an immediate impact on customers.

Charter, which markets its products under the Spectrum banner, is the state's leading cable, internet and telephone provider, operating in New York's largest cities and much of the state since merging with Time Warner Cable in 2016.

But the state Public Service Commission has given the company its walking papers, accusing Charter of failing to live up to its promise to expand high-speed internet offerings in less-densely populated areas of the state.

Confused? Here's what it will mean for you.

More: New York moves to kick Charter Spectrum cable out of the state

New York's Public Service Commission voted Friday to rescind its approval of the 2016 merger between Charter Communications and Time Warner Cable, giving the company 60 days to put forward a plan to hand over its operations to a new provider.

Without that merger approval, Charter — the largest cable provider in the state — can't operate in New York.

It all points back to a dispute between New York regulators and Charter over high-speed internet access in more-rural areas of the state.

New York claims Charter has repeatedly missed deadlines to expand its broadband service to less-densely populated areas of the state, which was part of the merger agreement.

Charter says it has hit the deadlines and remains in compliance.

The state, however, says Charter is counting 18,000 addresses that shouldn't count — most of them in New York City, which, of course, is densely populated.

Will I lose my cable/internet service?

The commission's order Friday specifically states Charter must continue providing service throughout the process to transition to a new cable provider.

"Charter Communications, Inc. shall not abandon any regulated service during the pendency of plan required to be filed," the order states.

Under the order, Charter has to provide a transition plan to the state within 60 days.

That deadline, however, could easily be delayed by a court if Charter decides to sue. And if it ends up in the courts, the process could drag on for months or years.

The company isn't showing its hand.

But New York is a big chunk of Charter's national customer base and it's unlikely Charter will go down without a fight in New York.

"Our 11,000 diverse and locally based workers, who serve millions of customers in the state every day, remain focused on delivering faster and better broadband to more New Yorkers, as we promised," Charter spokesman Andrew Russell said in a statement Friday.

Gov. Andrew Cuomo appoints the members of the Public Service Commission, and the Democratic governor has previously been publicly supportive of its hardline stance against Charter's internet rollout.

Cuomo also referred to the ongoing battle with Charter when a NY1 reporter pressed the governor last week on how his political campaign counted small donors, though a spokeswoman for Cuomo later said he was joking.

NY1, a 24-hour news channel in New York City, is owned by Charter.

"I don't want to argue with you," Cuomo told the reporter. "I already have a lawsuit with your station, as you know."

More: NY moves to kick Charter Spectrum out of the state

More: Is Spectrum cable 'misleading' customers? Why New York says it's so