What is going on with the Trico Building development?

City lawmakers haven't been told anything and Buffalo Mayor Byron Brown's office hasn't answered our questions about it. 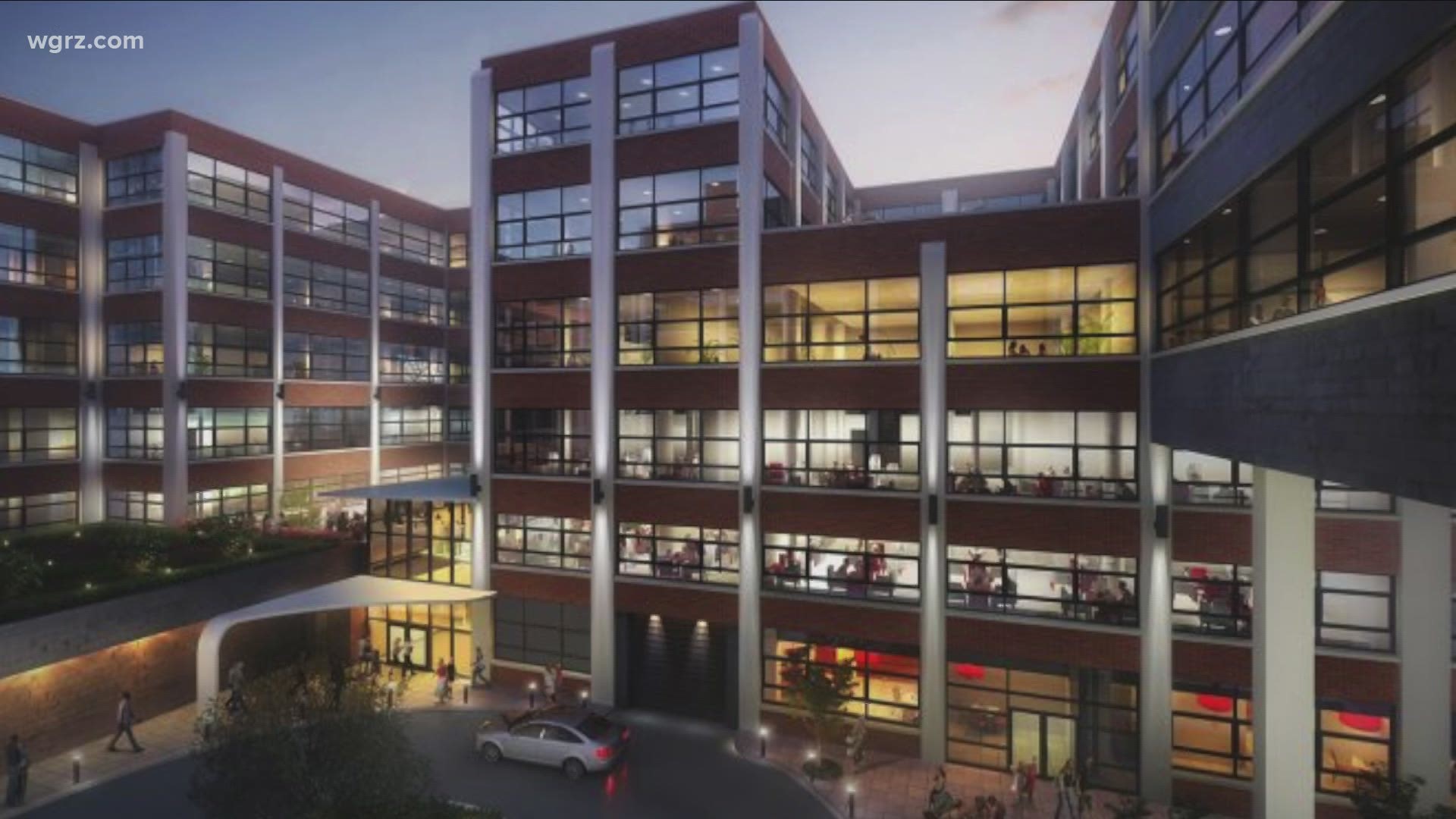 BUFFALO, N.Y. — The Trico Building redevelopment has been a heavily debated project for at least a decade.

"This was a project I was very hesitant about, from the beginning," said Buffalo City Council President Darius Pridgen.

Despite lawmaker's reservations, preservationist skepticism, the Trico Building development, The Krog Group, announced plans to redevelop the dilapidating landmark in 2016.

At the time, Krog received over $3 million in tax incentives towards the $75 to $90 million redevelopment. Peter Krog told Buffalo Business First in 2016 that the developer hoped to complete the project by summer 2018.

Construction, demolition, and cleanup of the long-abandoned building didn't begin until July 2019.

But the COVID-19 pandemic impacted progress at the Trico site, and when Governor Andrew Cuomo announced the "New York on Pause" executive order, construction halted.

Construction projects; however, eventually returned across the state. The Trico Building project did not.

By late summer, the construction trailer parked on Washington Street had been removed. Excavators that were chipping away at the middle-third of the building and moving debris to dump trucks for months had also left the site.

A new fence was erected with material attached to the chain-link to obscure the view of the rubble that crews left behind.

As the fall turns into winter, the development at the Trico Building is seemingly non-existent.

"I was disappointed to see a stop when we see construction going on in every other place around the city," Pridgen said. "I have no idea what is going on right now with the Trico Building,"

Pridgen went on to tell 2 On Your Side that city council members have not been told anything about the Trico project, or why it stopped.

What's going on with the Trico Building redevelopment? I try to figure that out at 6 p.m. on @wgrz.

Buffalo Business First, a news partner of WGRZ, recently reported that the Trico project was on hold, according to Krog. Details as to why the project is on hold, or when construction will begin again, or if it will at all, weren't available.

2 On Your Side reached out to the project manager and communications team at the Krog Group multiple times. When we finally reached them, the Krog Group said they had no statement at this time.

Buffalo Mayor Byron Brown's office has been silent on this matter as well. Multiple attempts to clarify what little information is out there were unanswered, and 2 On Your Side was told we'd get information last week and never did.

The Buffalo Preservation Board is looking into the matter as well. Board Chair Gwen Howard says she is also looking for answers.

Right now the Trico building is missing a large portion of the middle-third of the building. One of the concerns expressed to 2 On Your Side is that such a large exposure to the elements could exasperate decay of the building and the landmark that was fought so hard to preserve could crumble.

2 On Your Side also reached out to the ECIDA, which provided tax incentives to Krog for this project to see if any of those incentives are being rolled back since development has halted. The ECIDA has not replied to our message.

As for city lawmakers, it's unclear what can be done, aside from trying to figure out what is happening with the project.

"I will say that I'm keeping a watchful eye on on that building," Pridgen said. 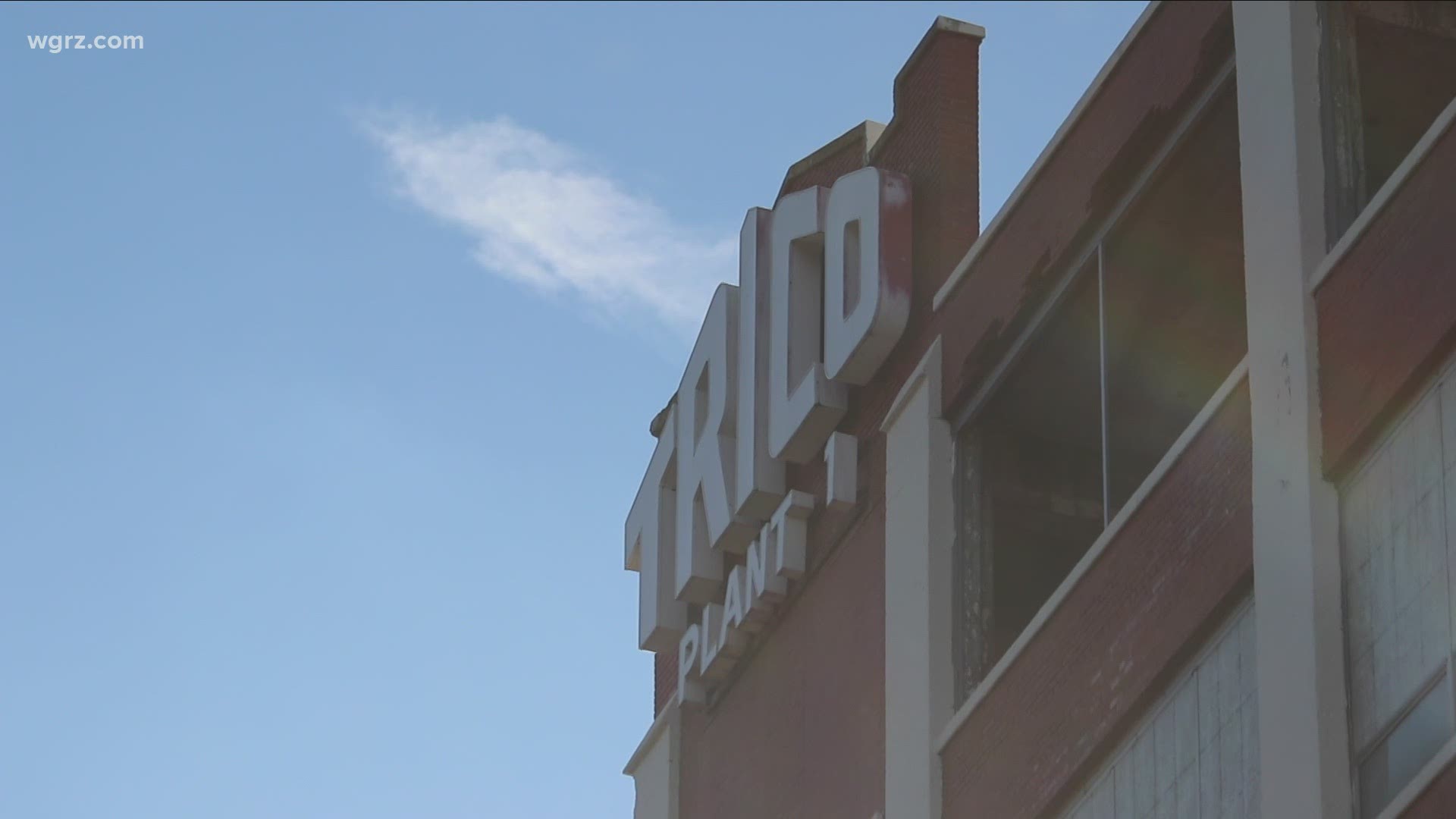