What is 'grey death' and is it in Buffalo?

Experts say grey death is more potent than heroin and is suspected of killing five people. 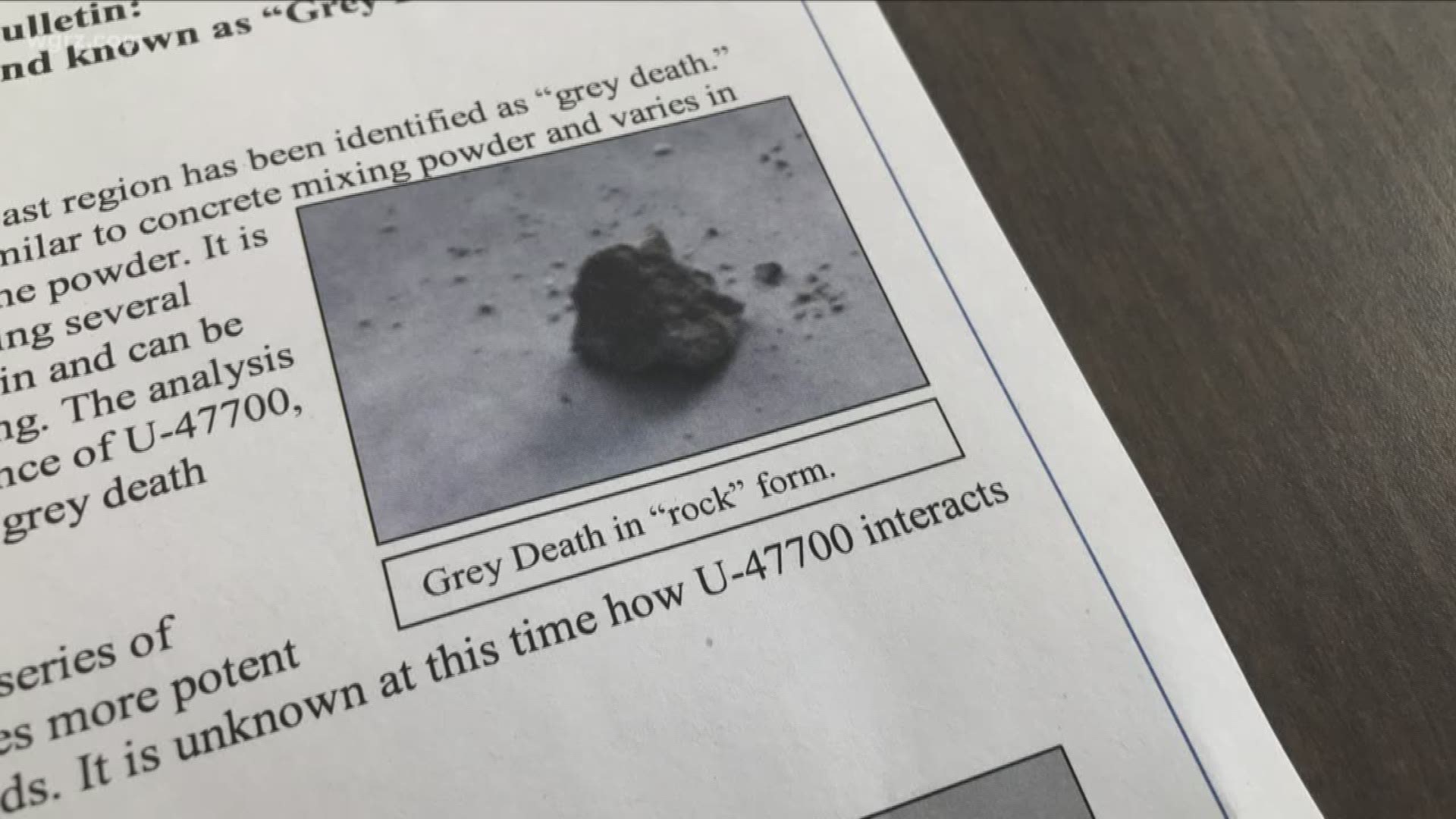 BUFFALO, N.Y. — You may have seen a post on Facebook within the last day or so about a new drug more potent than heroin that is going around in Buffalo and leading to fatal overdoses.

That drug is called Grey Death -- the name alone is enough to make people concerned.

The post from FBNY says Grey Death -- a new kind of street drug -- is now being used in Buffalo and two people fatally overdosed from the drug.

But, police and the health department say there have been several fatal overdoses in the last month that they suspect were caused by grey death.

Toxicology is still being done.

"If we see something that looks novel or a fentanyl derivative than we have to do additional testing which is very complicated, complex takes a while so we're still working on all those suspected drug overdoses to be confirmed," said Gale Burstein, the Erie County Health Commissioner.

The DEA says grey death contains several opioids such as heroin and fentanyl and is more potent than heroin.

Grey death was first seen in the south in Georgia and Alabama several years ago. And, it gets the name from its appearance of looking like concrete mixing powder.

Police tell us that Narcan will work to reverse the effects of grey death.

The bottom line from police stay away from this stuff and get help if you're battling a drug addiction.

Have something for us to verify, tweet us or send us a message on Facebook or email us: verify@wgrz.com