What could future hold for Payne Park Memorial Pool in North Tonawanda?

Some community leaders want to transform the facility into a municipal water park. 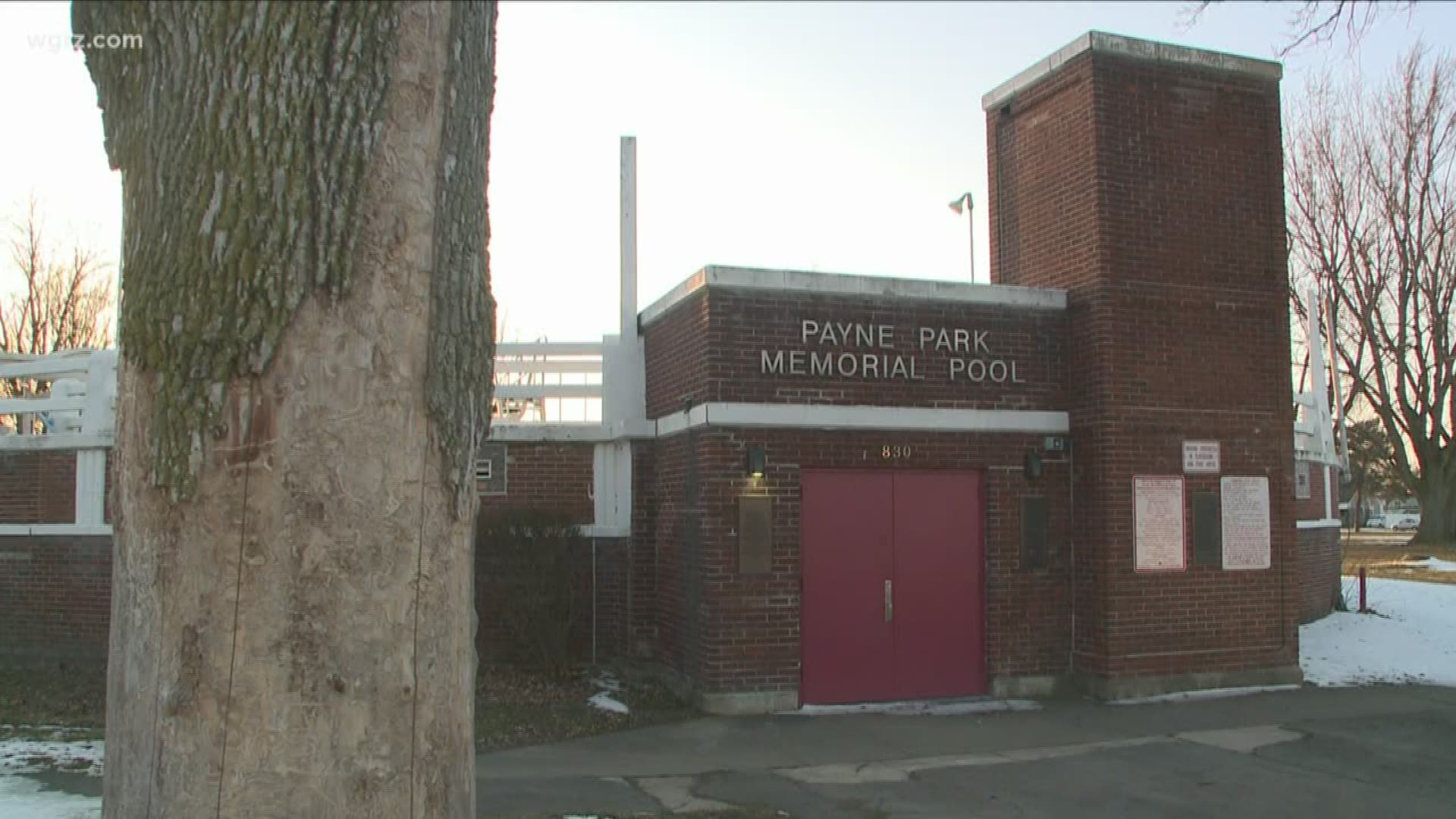 NORTH TONAWANDA, N.Y. — "Memorial Pool was built just after the Second World War and it is showing its age," said Robert Pecoraro, and Alderman-at-Large in the City of North Tonawanda.

Pecoraro told 2 on Your Side the community staple is in dire condition.

"We probably could open it up this year, but after that we may be in trouble," he said.

A feasibility study revealed renovating the facility would cost around $2.5 million.

Another idea -- building a municipal water park in its place -- would cost about 6.5 million.

Ideally, the water park would include a space for traditional lap swimming, a lazy river, water slides and a deck.

Eric DuVall, an editor with The Twin Cities Sun, first reported on this story. He said one of the main takeaways of the report is that the pool as it stands is not meeting the community's needs.

DuVall told 2 on Your Side, "It is largely underserving the population. It gets about 14,000 visitors a year and the report found that a larger, modern water park like the one they're examining could bring in as many as 63,000 people."

Those in favor of the water park say it would be a major resource not only for the people who live nearby but the entire Western New York community.

"It would be a huge revenue generator for the city," he said. "We would have concession stands, new locker rooms and just an overall community-centered park that people would not just drop off their children and let them enjoy their day at the pool, but actually spend time with them too."

Pecoraro is calling for a public referendum on the proposal, to make sure the community is being heard.

Tylec added, "We feel it's a good idea to put it up for a vote. It's such a significant piece of architecture in North Tonawanda and residents, we think, should a voice on what happens for the future of it."

However, many questions still linger. Perhaps the most important of all: how would it be paid for?

Pecora said ideally residents would be able to vote on what should come of Memorial Pool on the November ballot.

With an aggressive timeline, he added, "We don't sit down and not solve problems in North Tonawanda."