It's a tale shrouded in secrecy, deception and maybe even a murder to cover it all up. 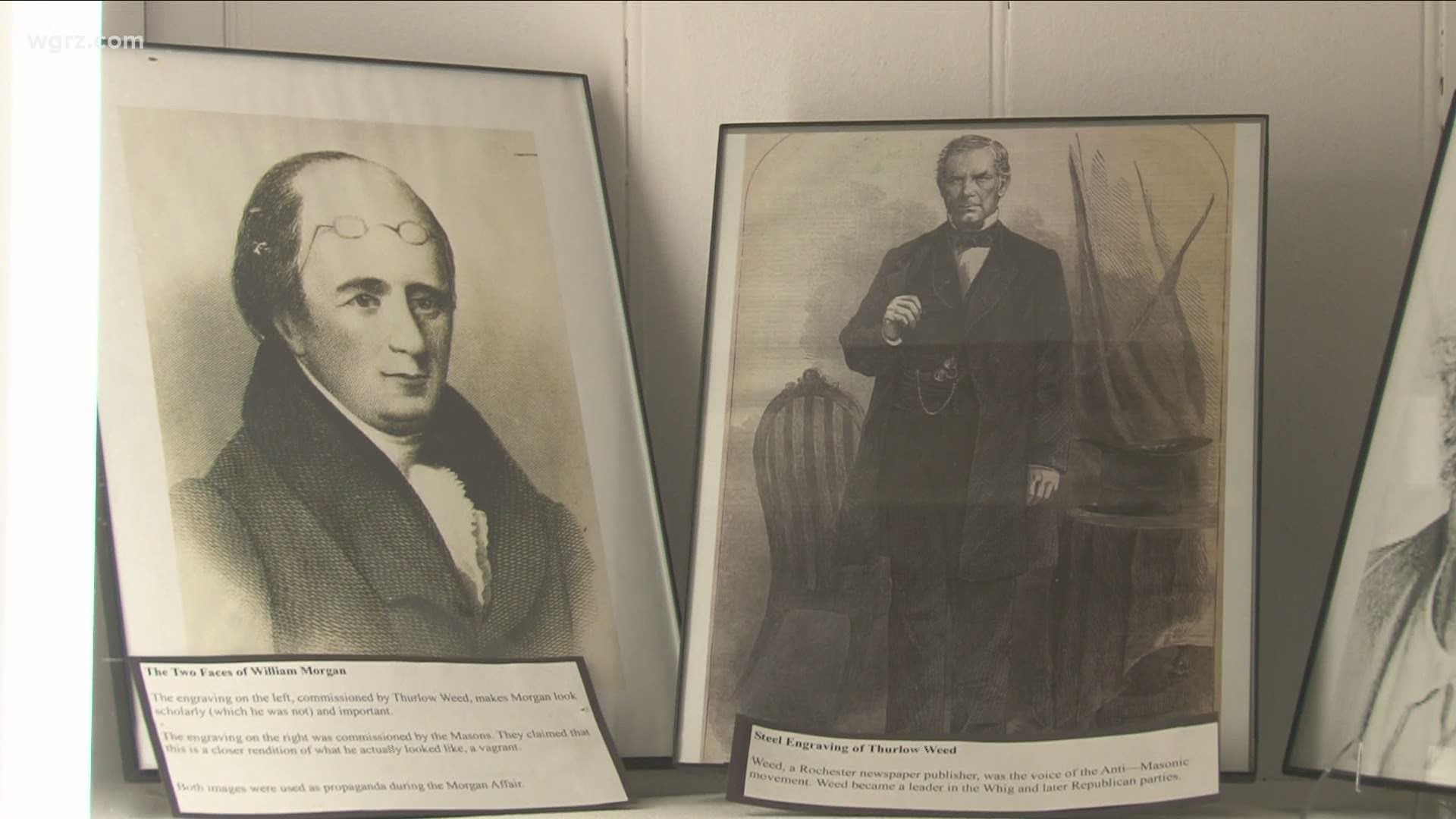 BATAVIA, N.Y. — In Genesee County, a mystery has stood the test of time, 194 years and counting, as we find in this morning's Unknown Story of Western New York.

It is a tale of Masonic secrets, false claims, and quite possibly a murder to cover it all up, all within the walls of the Holland Land Office.

"It's a case where fact is stranger than fiction,” said Ryan Duffy, executive director of the Holland Land Office Museum.

"I couldn't write a movie like this but this is actually what happened," Duffy said.

When a man named William Morgan vanished without a trace.

"He's a man who is always looking to try to elevate himself but not always to his own merits," Duffy said.

Morgan was born in 1774, in Virginia. He traveled around before moving to Rochester, and ultimately settling in Batavia. He was working as a bricklayer and stone cutter, claiming to have received several Masonic degrees in Canada.

“He was in the lodge in LeRoy and was saying ‘I've been a Mason before and I've done all this,’ turns out none of that was really true,” Duffy said.

Morgan tried to join the lodge in Batavia but was denied membership because he couldn't verify his claims. In retaliation, Morgan threatened to publish a book, exposing Masonic secrets. He went to work on the project with a local publisher and the Mason's struck back.

"They burned down the printing press that they were using and eventually he was kidnapped,” Duffy said.

This happened after Morgan was arrested on a charge of stealing a shirt and tie and was jailed in Canandaigua.

“He was bailed out by three men who are all well-known Freemasons so he's taking them from Canandaigua and the last place he's seen is Fort Niagara,” Duffy said.

There are different stories about what happened next. Anti-Mason groups believe that Morgan was killed there and dumped into the Niagara River or Lake Ontario. But the Freemasons offered a different story

“Freemasons, because they know who took him away from Canandaigua, come right out and say no we gave him $500 and said go to Canada and don't come back," according to Duffy.

Either way, the story spread and gave rise to an anti-Mason movement, which even ran a candidate for president in 1832. Their candidate lost, but the impact was felt, as the number of lodges in New York alone dropped from 400 before the incident, to just 40 afterward.

"It arose after the whole incident so the Freemason probably shot themselves in the foot by creating something bigger than probably what was there,” Duffy said.