"I think our focus needs to be on offering support for the kids that want to quit and helping kids to realize why they shouldn't do it," said Dr. Frank Michalski. 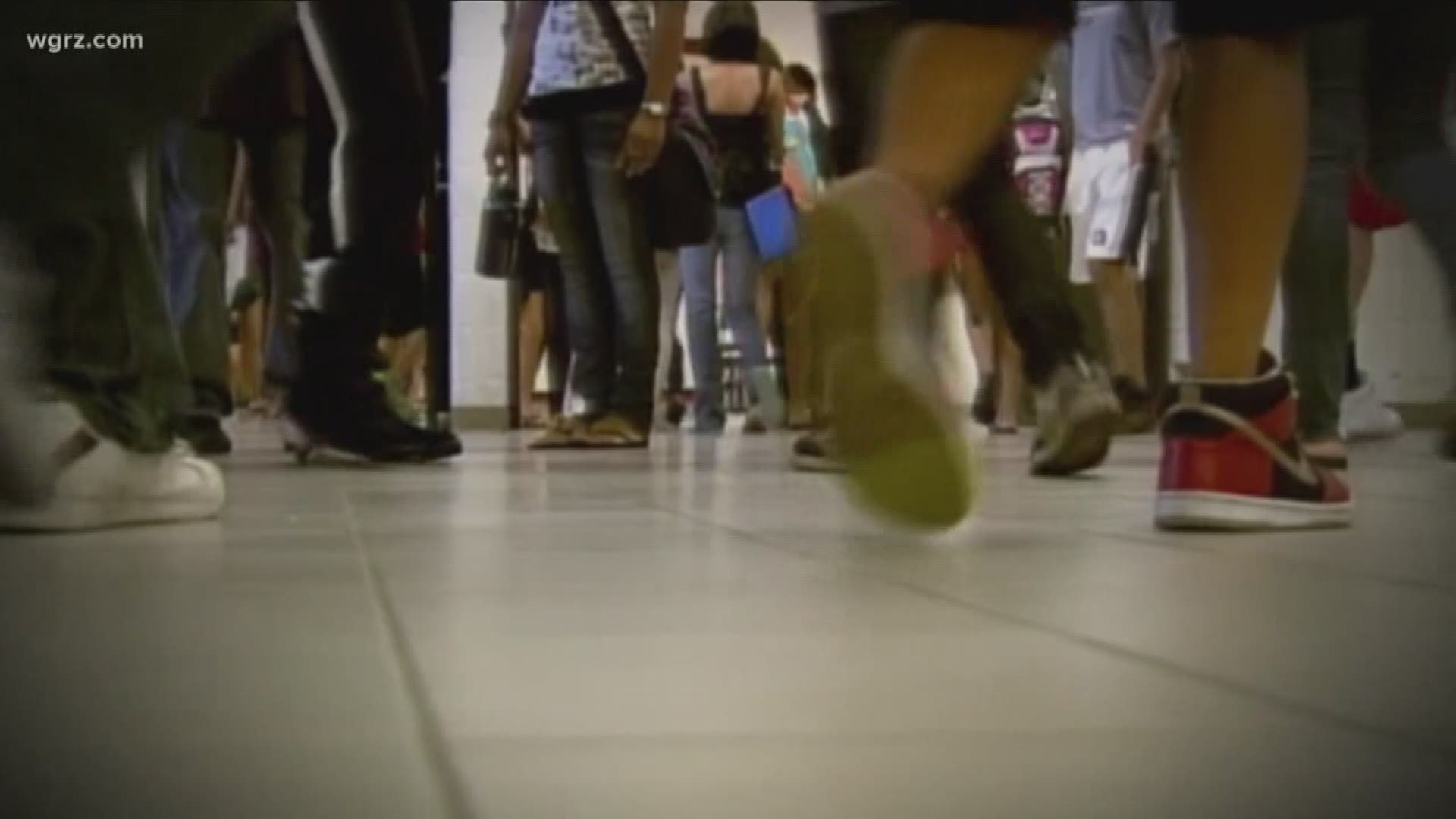 NEW YORK — Teens and vaping: there is more and more evidence that's it's a very dangerous combination. Leaders on a state and national level want to do something about it. Now, there's also a local push to raise awareness and put an end to the epidemic.

We've heard the success stories time and time again from former smokers who say e-cigarettes got them to quit. However, when it comes to teens and young people vaping, it's a different story — one that has a lot of parents concerned for their children.

According to the CDC, there have been nearly 13,000 lung injury cases associated with e-cigarette use or vaping in the U.S. The vast majority of those patients appear to be younger than 35 years old.

In response to the epidemic, Williamsville Central School District is presenting programs on teen addiction associated with using nicotine and vape products.

The one-hour programs are called #AddictionMindset and presented by Dr. Frank Michalski, a chiropractor and an addiction and recovery coach.

"70 percent of people using nicotine want to quit,"  said Michalski. "Only three percent will succeed a year. The number one reason why youth gave that they wanted to quit, 73 percent reported self-improvement."

Michalski added, "I think our focus needs to be on offering support for the kids that want to quit and helping kids to realize why they shouldn't do it."

Saturday morning was the first of two free presentations open to the public.

Melanie Clark was at the first presentation and she told 2 On Your Side she would recommend the program to other parents looking to learn more.

"It just really opens up your eyes to what kids are exposed to every day," Clark said. "They take it very lightly but there are real longterm effects of vaping and any addiction."

Meanwhile, New York Assemblymember Monica Wallace from Lancaster is sponsoring a bill that requires vape product manufacturers to disclose ingredients to the NYS Department of Health and list those ingredients on the packaging.

"It really is something that we needed to take action on," Wallace said. "We can't wait any longer."

At this point, the FDA and CDC don't know what exactly is causing those lung injuries across the country but multiple agencies are investigating to figure it out.

Some researchers argue the young people who are getting sick are likely using products purchased on the black market rather than in a vape shop.

Still, experts say the spike in teen usage calls for a larger conversation about addiction.

RELATED: US vaping-related deaths rise to at least 26, cause still a mystery

RELATED: US probe of vaping illnesses focuses on THC from marijuana