Many Western New Yorkers are asking, "Why is my check scheduled to be deposited into a bank account with a number I've never heard of?" 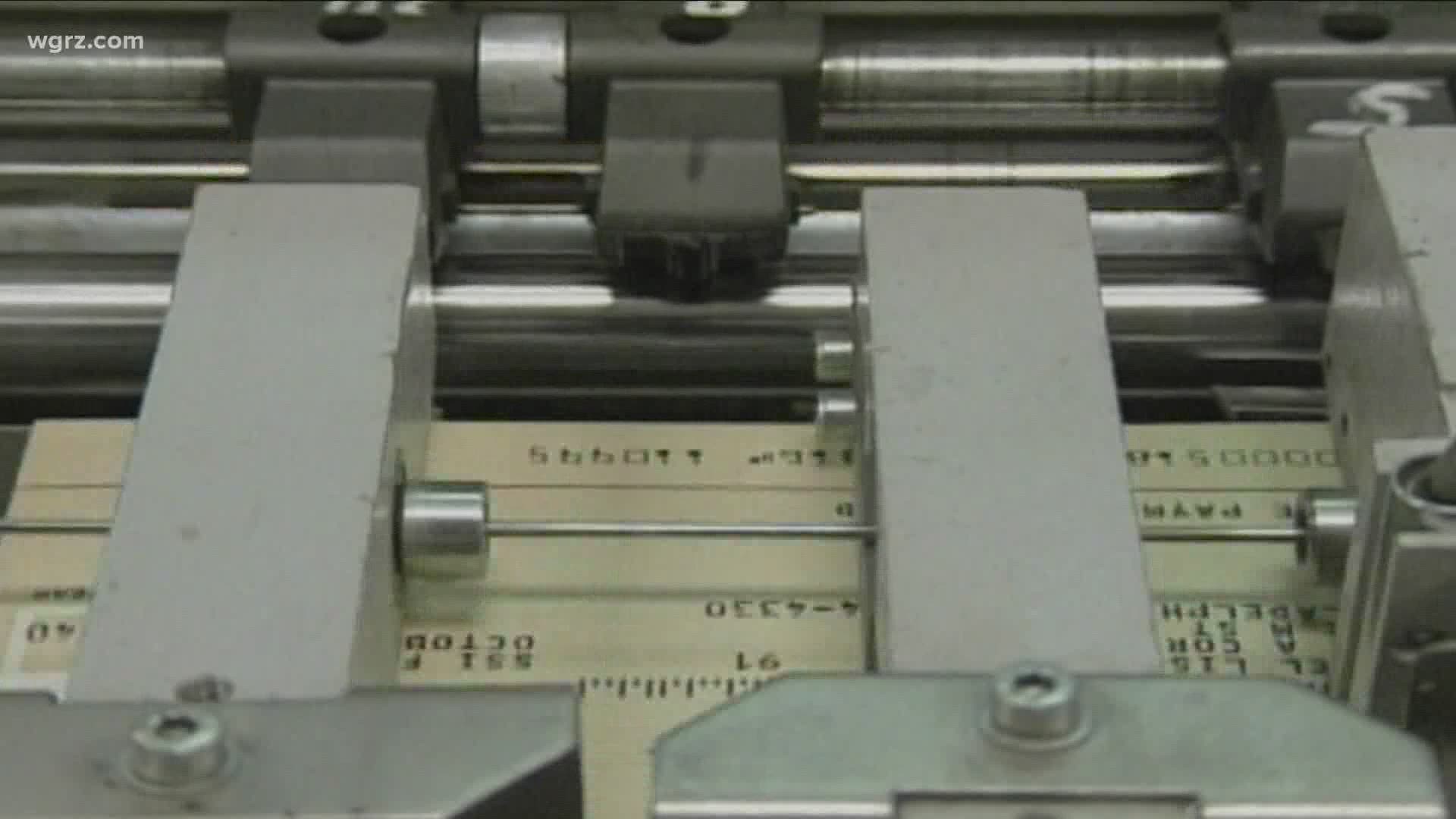 BUFFALO, N.Y. — 2 On Your Side has been getting questions from a lot of you about that second round of stimulus checks.

One of those questions 2 On Your Side has seen repeatedly is "why is my check scheduled to be deposited into a bank account with a number I've never heard of?"

2 On Your Side's Danielle Church spoke with H&R Block customer Steven Tedesco who says that's exactly what's been happening to him and the tax company isn't communicating very well with it's customers.

H&R Block took to Twitter on Monday saying, "If you took a Refund Transfer, it may be reflecting that account number. Check your 2019 return to confirm." H&R Block goes on to say they have rerouted the payments to the accounts customers chose for the transfer and "the money should be there by the end of the day."

Tuesday, the tax company said, "We immediately deposited millions of stimulus payments to customers' bank accounts and onto our Emerald Prepaid Mastercard® yesterday [Monday] and all direct deposits are being processed."

However, the money still isn't there for H&R Block customers like Tedesco.

"H&R Block just posted something like 'we're dealing with this but it hasn't been fixed and there's really no communication with their customers," Tedesco said.

We've also heard other questions from you like why some haven't been receiving the full amount they're supposed to get.

Ogorek Wealth Management president and founder Tony Ogorek says he's unsure why that would be the case, but you can get the rest of it later on.

"If you find that you're not getting the entire payment, there is an opportunity when you file your 2020 tax return which you'll probably be doing in February or March this year, to apply for it at that point and if you're entitled to it, you should be receiving a payment," Ogorek said.

2 On Your Side reached out to the IRS for more information, but hasn't received a response at this time. 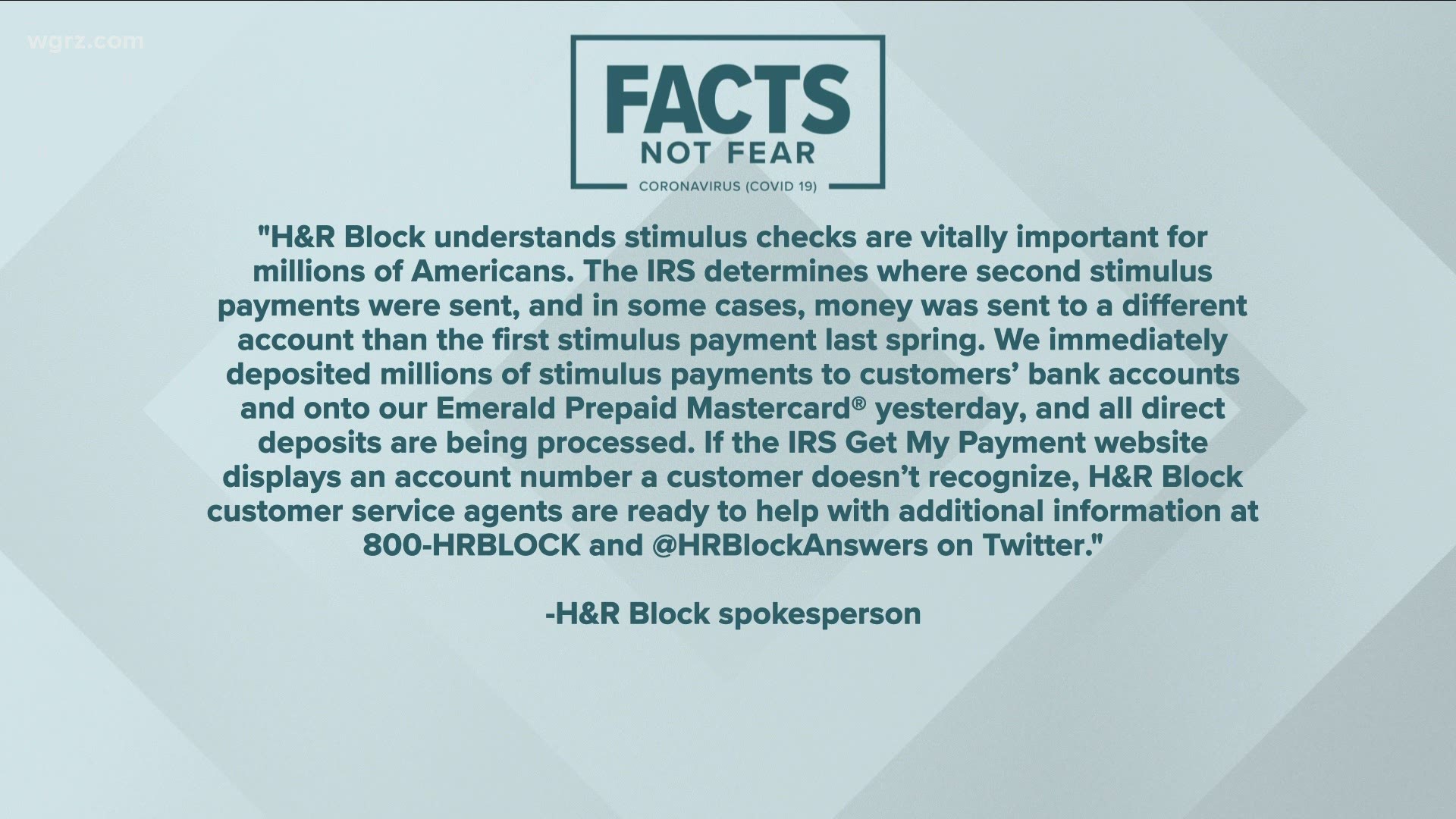