Western New Yorkers gathered virtually Sunday to celebrate and discuss the 30th anniversary of the Americans With Disabilities Act, a landmark law in civil rights. 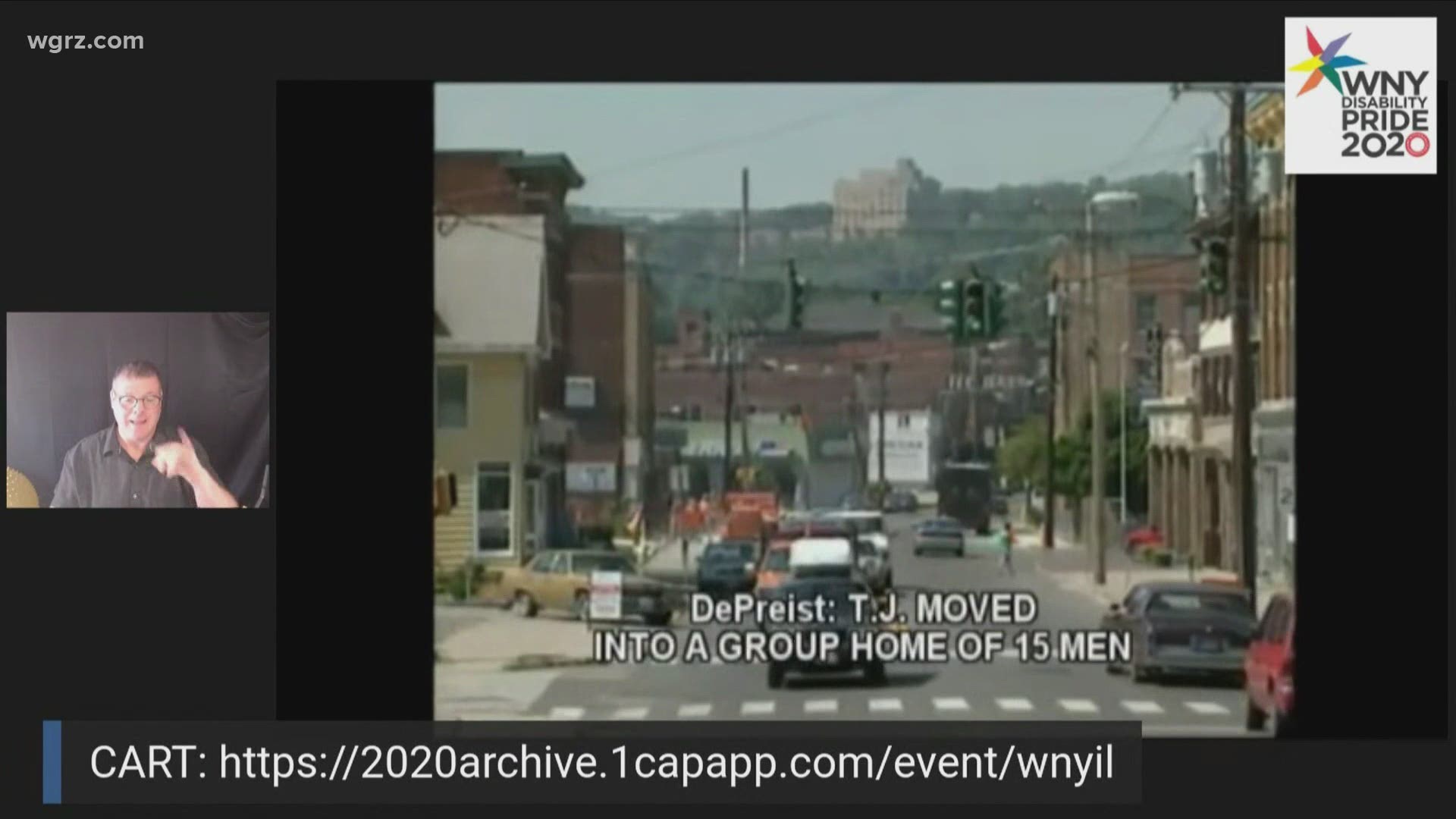 BUFFALO, N.Y. — For people with disabilities, a major turning point in equal rights and opportunities under the law came only 30 years ago, with the passing of the Americans With Disabilities Act on July 26, 1990.

This Sunday, on the 30th anniversary, Western New York's diverse disability community is celebrating a law that changed so much, and discussing the changes that are still being fought for.

While the Western New York Disability Pride Parade and Festival usually takes place in downtown Buffalo and at Canalside, this year organizers brought the parade and festival online.

You can watch the recorded live stream here, which includes ASL interpretation, audio descriptions and captioning (if you use closed captioning/transcription, you can access that by clicking here):

Disability Pride Celebration
Celebrate the 30th Anniversary of the Signing of the Americans with Disabilities Act with us!

The organizers asked the community for videos that focus on disability pride, what the the ADA means to them, what locals are doing to support people with disabilities, and more.

Vaarwerk, who was one of the organizers of the festival, also took some time to talk to 2 On Your Side on Sunday afternoon about what disability pride means to him.

"Disability has unintentionally been tagged with lower expectations. Because I'm disabled, somebody expects that I will be able to do less, or that I will be less because of my disability. Disability Pride is not about that," Vaarwerk said.

One example of this Vaarwerk gave was that many people in his office work a 8:30 a.m. to 5 p.m. schedule. But for him, getting to the office by 8:30 a.m. may be difficult, as his aids can't get him there by that time.

So, Vaarwerk said, he still works the same amount of time as everyone else in the office, he just gets to work at 9 a.m. and maybe finishes by 5:30 p.m. instead of 5 p.m.

"I do it differently, but I still get it done. And that's the essence of reasonable accommodation. That's what it means," Vaarwerk said.

Vaarwerk also spoke on the way the pandemic has impacted the disability community, such as how people have used the Americans With Disabilities Act to try and get out of wearing masks.

The ADA provides for reasonable accommodation for those who cannot wear masks, but that doesn't mean someone would be completely exempt from wearing one. Reasonable exemptions might mean you use a face shield, curbside pickup or delivery, rather than a mask. 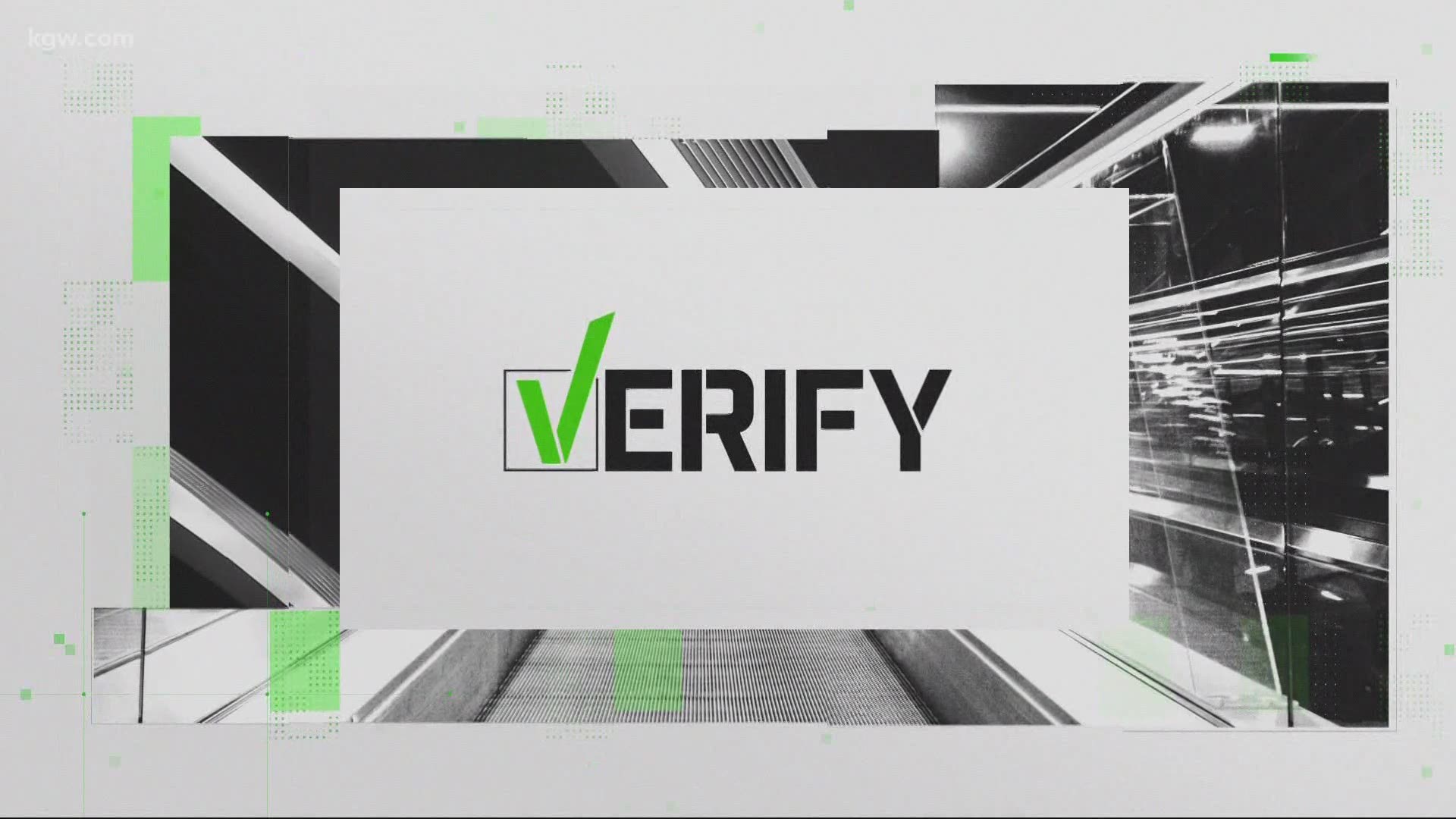 Vaarwerk explained how this can cause "operational exhaustion" for the people enforcing mask mandates, and if people use fake mask cards like these, when people who actually do need a reasonable exemption ask for one, they could be discriminated against.

"And what they don't see is, it will make it harder for people that genuinely need the reasonable accommodation to get one because by the time we're there, the businesses will have experienced operational exhaustion in dealing with people that are that are flashing that card and making that demand and [the businesses] say 'don't bother me,' " Vaarwerk said.

"I live in Buffalo. I live in the city of good neighbors and we have some pretty smart people in the community so I'm, I'm hoping that an event like Disability Pride keeps that level of knowledge and intelligence up so that they realize that there is a diverse disability community. But we all want to work together even in the pandemic. You just got to help us out and look at it from our point of view," Vaarwerk said.

Erie County Executive Mark Poloncarz also shared his own video online about the anniversary of the ADA.

RELATED: $20K donation to Buffalo City Mission will help support people with disabilities during the pandemic