While serving in Afghanistan, Army veteran Zach Knorr of Buffalo noticed that someone cut Piggy's ears off as a stray. 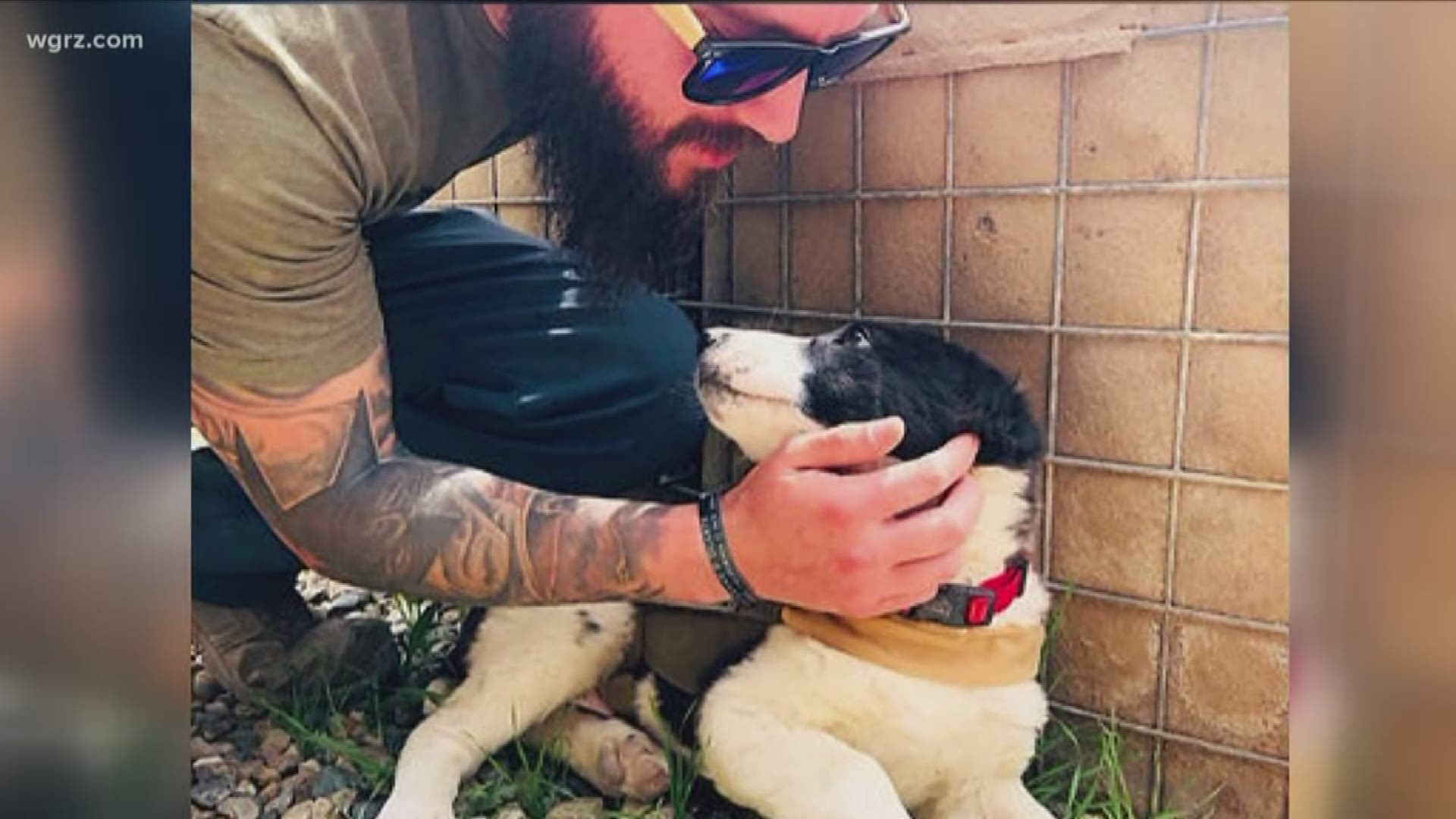 BUFFALO, N.Y. — Meet Piggy, a happy-go-lucky dog with a story well beyond his years.

Piggy and his siblings were found roaming the streets of Afghanistan when he was rescued by Army veteran Zach Knorr of Buffalo, who noticed that someone cut Piggy's ears off as a stray.

Zach took care of Piggy overseas while his family tried to raise enough money on GoFundMe to bring him home to Buffalo.

Piggy arrived in Western New York late Monday night, and he will be staying with Kelly Kirkpatrick from Buddy's Second Chance Rescue until Zach returns from combat in October.

"I saw the article and I said, 'Oh my God. What a great way to give back, not only to foster a dog in need, but to help with a veteran too.' To give back, I mean, that's a huge contribution, what an honor. and within 45 minutes of my post, I got a phone call. So totally unexpected, but very exciting," Kirkpatrick said.

It's a story that started almost 7,000 miles away, and it's going to end with one very happy dog, in a loving home, here in Western New York.

Foster-based Diamonds in the Ruff seeks help for animal care